CAVITIES IN YOUR TEETH
GENETIC OR NOT GENETIC? 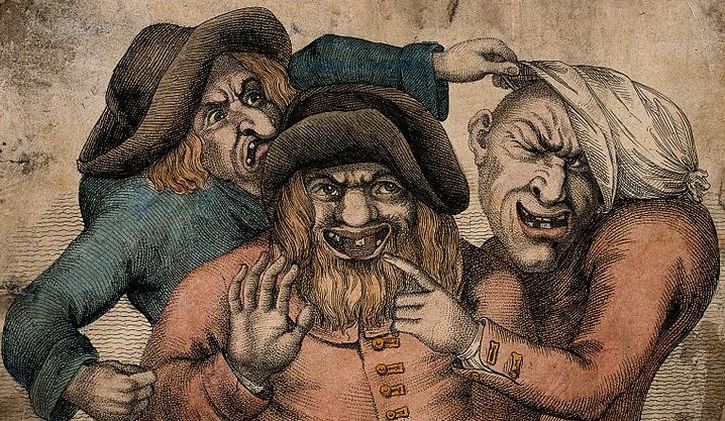 Wellcome Trust
“The research found that there were statistically significant connections between the taste genes TAS2R38 and TAS1R2 and the risk of decay or protection against it.  Although this is an early study, it could pave the way for some interesting breakthroughs. A large amount of a dentist’s time is spent dealing with dental caries. If dental health professionals can tell in advance who is most at risk, then more preventive care can be given to protect those patients. This could be as simple as dental nurses discussing suitable dietary plans and good dental hygiene routines with patients, to ensure those at most risk are caring for their teeth correctly.”  – Dr. Nigel Carter of Dental IQ (Genetics Responsible for Tooth Decay Risks?)

“Tooth decay is the result of an infection with certain types of bacteria that use sugars in food to make acids. Over time, these acids can make a cavity in the tooth.”  – Our Government’s NIH (National Institute of Dental and Craniofacial Research) from an article for kids called The Tooth Decay Process: How to Reverse It and Avoid a Cavity.

“By 1930, Price had shifted his interest to nutrition. In 1939, he published Nutrition and Physical Degeneration, detailing his global travels studying the diets and nutrition of various cultures. The book concludes that aspects of a modern Western diet (particularly flour, sugar, and modern processed vegetable fats) cause nutritional deficiencies that are a cause of many dental issues and health problems. The dental issues he observed include the proper development of the facial structure (to avoid overcrowding of the teeth) in addition to dental caries.”  – Wikipedia

If you will notice the three quotes above; each one is essentially describing a different theory of what causes tooth decay. The first is from a proponent of the genetic theory — the theory that our genes control things like the acidity of our saliva, the strength of our enamel, or our ability to deal with the SUGAR we consume, leaving us potentially prone to decay.  The next quote is standard fare — what all of us have been taught since we were old enough to hold a toothbrush.  The last quote concerns the theory that nutrition actually matters when it comes to dental health.  The Wikipedia article cited above goes on to tell us how Dr. Price’s, “﻿controversial dentistry and nutritional theories﻿,” have been largely abandoned by those who would consider themselves “scientific”.   My best guess would be that all three theories are correct to some degree.  But why am I bringing this up?

I recently had a conversation with a patient who had been to the dentist who discovered that he has several cavities.  His dentist told him that this was simply a “genetic” issue, and that certain individuals were predisposed to this problem.  Furthermore, there was not really anything to be done about it other than practice proper hygiene (brush / floss / FLUORIDE).  After following WHOLE FOOD EXPERTS like DR. ROYAL LEE and Dr. Weston Price (both dentists) and FRANCIS POTTENGER (an MD), I have serious reason to doubt that this is the case. However, several studies seem to prove otherwise (these are a few of many).

So; what gives?  Is the problem of Dental Caries “genetic” or is it the result of a crappy diet and failure to take care of your teeth?  As mentioned earlier, it’s probably some of each.  You must understand something important about this genetic link.   “Genetics”  currently happens to be our most commonly used excuse for a wide variety of health problems.  It’s not my fault —- blame it on momma.  Or Grandpa.  Or Uncle Rudy.  Our society is expert at passing the buck.  Probably why the phrase “the devil made me do it” strikes such a cord.   But I regress.  Back to the question of how this problem can be both genetic and diet-related at the same time.  Enter something called epigenetics.

EPIGENETICS is an emerging branch of Genetics that says we are not as much the sum of our genes as we have been largely programmed to believe.  Epigenetics is defined by Rachael Rettner of LiveScience as, ““Above” or “on top of” genetics. It refers to external modifications to DNA that turn genes “on” or “off.” These modifications do not change the DNA sequence, but instead, they affect how cells “read” genes.”  In other words, everything hinges on whether certain genes are turned on (expressed) or turned off (not expressed).  This begs the question of what turns genes on or off?

Interestingly enough, it’s usually poor lifestyle choices that cause genes to be expressed in “bad” ways.  What do I mean by this?  How about smoking, lack of exercise, crappy diets, exposure to chemicals, etc, etc, etc.  In other words, you have a much greater ability to control your life than previously believed — particularly when it comes to tooth decay.  Enter Weston Price and his Magnus Opus, 1939’s Nutrition and Physical Degeneration (HERE is an online copy of the book).

Dr. Price (1870-1948) never stopped asking why.  He was so interested in the cause of Dental Caries (Cavities / Tooth Decay) that during the late 1920’s and early 1930’s he traveled around the world with his wife seeking out indigenous people groups who had not been exposed to modern foods — particularly machine milled flours; and then comparing them to the same people groups who had.  What possessed him to do this?  As a dentist in Cleveland, he was in practice during the years when machine milled flour had become the norm (commercial milling of grains creates huge problems — HERE is one of them).  During this period of time he witnessed the implosion of American dental health right before his eyes.

Not only is the book itself excellent, but the pictures are incredible.  If you are interested in real health, you want to at least take a look at this book, along with the wealth of information you will find at the WESTON PRICE FOUNDATION.