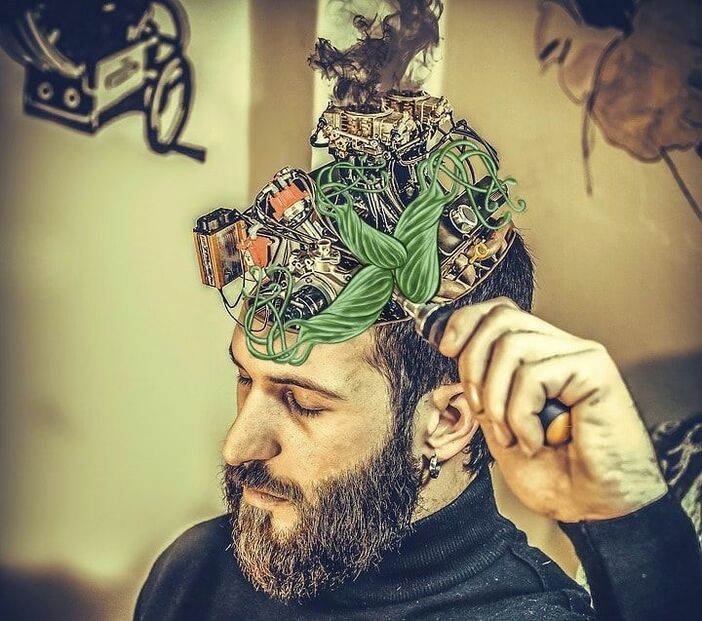 “The occurrence of spontaneous human and animal models of demyelination, serologic studies, and epidemiologic data provide persuasive circumstantial evidence for an infectious trigger in this disease.”  From a 1995 issue of Acta Neurologica Scandivavica (Evidence for Multiple Sclerosis as an Infectious Disease)

“Multiple sclerosis is a serious chronic neurological disorder in which demyelination and inflammation occur in the white matter of the central nervous system. The most likely cause is a virus because more than 90% of patients with MS have high concentrations of IgG in the brain and cerebrospinal fluid. Most chronic inflammatory central nervous system disorders are infectious.”  Cherry-picked from the March 2005 issue of Lancet Neurology (Infectious Causes of Multiple Sclerosis)

“Multiple sclerosis is a chronic neuroinflammatory disease that is characterized by progressive, inflammatory, and multifocal demyelination of the brain and spinal cord. MS affects approximately 2.5 million people worldwide, with women being afflicted twice as frequently as men. Importantly, young adults are the primary groups afflicted with MS: the average age of diseases onset is 30 years, with half of these patients requiring a wheelchair within 25 years of their diagnosis.  Currently, there are three prevalent theories on the pathogenic mechanisms for MS: autoimmune, degenerative, and infectious.  These pathogenic mechanisms are not mutually exclusive.”  From the October 2016 issue of the Journal of Neurology and Neurophysiology  (A Review of Multiple Sclerosis as an Infectious Syndrome)

Back in January, Brett Stetka published an article for NPR on a topic we have been recently discussing on my site titled Researchers Find A Web Of Factors Behind Multiple Sclerosis.  What was the chief factor in this web? Chronic infections.  “It’s looking more and more as though MS strikes when infectious, genetic and immune factors gang up to eventually impair the function of neurons in the brain and spinal cord.  It is for the most part accepted that microbes play some role in MS given that dozens of microbes, including the Epstein-Barr virus, have been tied to MS.”  What this means is that when the perfect storm of ‘bad’ genes combines with epigenetic factors (HERE); and there is some sort of infectious trigger present (a bacteria, virus, fungus, etc) to fire up the immune system (HERE, HERE or HERE), it can result in autoimmune reactions against one’s own brain and nervous system — in this case causing the disease we call MS.

I want to start by addressing something that everyone is already thinking — just vaccinate people so they don’t become infected.  No infection, no disease — right?  While vaccines MIGHT prevent overt diseases (emphasis on the word ‘might’), because they contain germs, germ parts or germ proteins; thanks to MOLECULAR MIMICRY, one’s immune system can begin attacking self if it perceives that the germ-based proteins it’s been attacking has a close enough molecular shape to myelin or other human proteins or structures (it’s similar to the concept of GLUTEN CROSS-REACTIVITY).  This would help explain why even though the number of vaccines has increased exponentially over the past several decades (HERE), we are seeing more autoimmunity than at any time in human history (HERE or HERE).

“The immune siege appears to be a result of something called “molecular mimicry.” Normally the body’s immune system attacks foreign invaders like viruses and bacteria. If a molecule that’s part of the body happens to closely resemble a portion of an intruding microbe, then both molecules can be targeted.  Put another way, say a particular protein on the surface of a virus is similar in structure to a protein found in myelin. The immune system ramps up to clear the virus but also attacks the myelin. It’s a case of mistaken identity, of collateral damage.  The idea of molecular mimicry is one of the most important ones in MS.  We and others have shown that mimicry between myelin peptides and viral and bacterial peptides indeed exists.”

Here’s what’s even crazier.  When quizzed about which germ was believed to be the culprit, just as you saw in the links provided in the first paragraph, the answer was that it could be just about any of them.  In other words, there are large numbers of germs, antigens and other “factors” that can lead to autoimmunity.  I’ve actually spoken of some of those ‘factors’ HERE.  And when asked about what the scientific community is doing to address this, the answer was that rather than relying on the IMMUNO-SUPPRESSING drugs which are almost universally used today, a new form of treatment (immuno-tolerance therapy) is supposed to REDUCE IMMUNE SYSTEM ACTIVITY by acting as (and I quote) “a sort of negative vaccine.”   A negative vaccine?  Huh?

In light of everything we’ve discussedin this post, coupled with THESE POSTS (not to mention THIS POST), we can’t be surprised that constantly amping up immune systems — especially young and immature immune systems — with large and constantly-increasing numbers of shots has led to HUGE CONTROVERSY concerning what sorts of SIDE EFFECTS we may be heaping on future generations.  If you appreciate what you are finding on our site, be sure to like, share or follow on FACEBOOK.  And if you are looking for ways to control systemic inflammation (the root of most chronic illnesses and chronic pain), THIS FREE MOSTLY-DIY POST might provide you with a few ideas.