VIRAL INFECTIONS AND THEIR
RELATIONSHIP TO CHRONIC ILLNESS 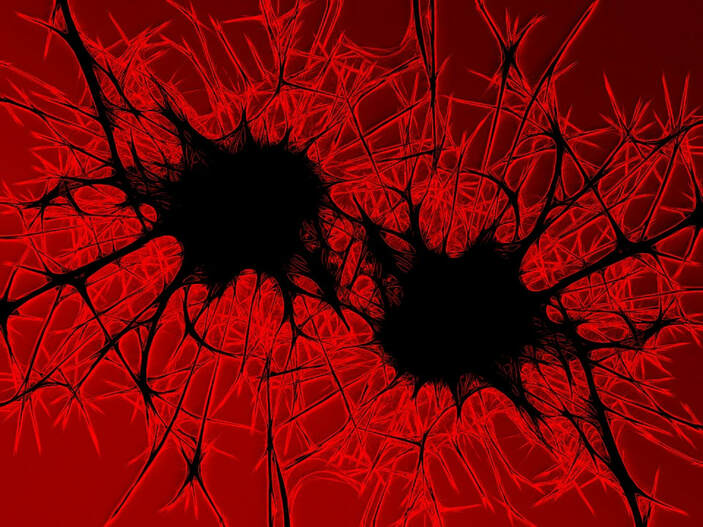 An article from a recent edition of The Scientist (Can the Flu and Other Viruses Cause Neuro-Degeneration?) is yet another example of a phenomenon we have been discussing quite a bit as of late — that chronic or latent (dormant) viral and bacterial infections have been associated with any number of autoimmune or neuro-degenerative diseases (HERE and HERE are examples of Alzheimer’s Disease as related to chronic infections).   Take a look at this cherry-picked quote from the paper concerning INFLUENZA.

“As far back as 1385, doctors in Europe recorded connections between influenza infection and psychosis. That link between the flu and the brain became much more apparent during and after the 1918 Spanish flu epidemic. More direct evidence for the virus-brain link came in the 1970s, when researchers found viral antigens in the brains of deceased people who had been afflicted with a condition known as encephalitis lethargica.  One of the earliest links between influenza and neural dysfunction was a correlation between the 1918 Spanish flu, caused by a subtype called H1N1, and an epidemic of Parkinson’s a few decades later. In the 1940s and early 1950s, diagnoses of the neurodegenerative disease appeared to increase abruptly, from 1–2 percent of the US population to 2.5–3 percent, then fell back down to 1–2 percent. ‘Basically, 50 percent more people in those years got Parkinson’s.'”

The authors spoke of two different mechanisms whereby this happens.  The first involves something we have discussed many times previously; a disruption of the blood-brain barrier.  Metabolically and physiologically this is quite similar to what happens in leaky gut syndrome, which is probably why it has a similar name —- LEAKY BRAIN SYNDROME.  The second had to do with an “over-activation” of a type of neurological / immune system cell known as GLIAL CELLS.  The end result?  “Two different flus, two different mechanisms, but the same effect in a sense. They were both inducing inflammation and death in the parts of the brain that degenerate in Parkinson’s disease.”  What’s doubly interesting is how GUT HEALTH came into play.

The authors went on to talk about a “widely accepted hypothesis” that’s been around for nearly two decades. “Parkinson’s disease starts in the gut, manifesting as digestive issues, and then moves into the brain. The progression of the disease from the gut to the forebrain, that takes place over maybe 25 or 30 years in a human.”  From there the discussion moved on to several other chronic neurological diseases that have can have roots in chronic infections.  MULTIPLE SCLEROSIS, more on PARKINSON’S, and HIV.  If you follow my site you already know how common this phenomenon really is (HERE).

What’s their recommended solution?  You already know the answer.  “Vaccination for the flu—or at the very least, taking Tamiflu if a person gets infected—might help prevent neurological complications of influenza infection.”  Key word here is ‘might‘.  What other issues ‘might’ their approach lead to?  Unfortunately, numerous studies have shown that not only do consecutive years of flu vax make it increasingly ineffective at preventing flu (HERE), but that those same consecutive years of shots can actually lead to significantly increased chances of developing Alzheimer’s (HERE).  And as for Tamiflu; if there’s been a bigger hoax perpetrated on the American people through the concerted efforts of big pharma and the medical community (HERE), I’m not sure what it might be other than possibly STATIN DRUGS.

Although it’s impossible to cut your risk of chronic disease to zero; because this short article mentioned the word INFLAMMATION nine times, it would behoove us all to both understand what it really is, and have a plan for diminishing it systemically.  My plan is free of charge (HERE), and is in no ways to be considered a “cure” for neurodegenerative diseases.  But as far as helping reduce the factor that seems to be the common denominator in virtually all health problems (inflammation) it’s a start.  Fortunately there are doctors out there (Karim Dhani in Toronto is one of them) who specialize in tracking down and helping chronically ill people with occult infections.  Oh, and if you like what you are seeing on our site, be sure to like, share, or follow on FACEBOOK.