but doc; i’ve only taken a few rounds — antibiotics and their relationship to your poor health 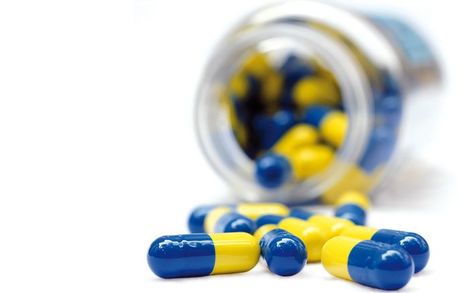 Allan Ajifo
“For example, adults in developed countries have diminished gut microbiota diversity compared with those from areas without extensive modernization; early-life antibiotic exposures could partially account for those findings. Four recent epidemiologic studies have shown increased adiposity [body fat] in children who were exposed to antibiotics early in life.  Our studies in a mouse model show profound effects of the two most widely prescribed antibiotic classes used in human children on the microbiota and metagenome, from the earliest dose delivered through the mother’s milk and persisting long after antibiotic cessation.   Both antibiotics selected for microbiota with altered central carbohydrate metabolism characteristics.”  Cherry picked from the study being discussed below
In case you haven’t heard, GUT HEALTH is the most critical aspect of your overall health.  This means that anything that messes with your MICROBIOME (the bacteria living in your Gut) has the potential to mess with your health — causing a potential array of problems so extensive that it boggles the mind to think about it.  Unarguably, the worst offenders are ANTIBIOTICS.  Although Antibiotics have the potential to save lives (HERE is the raw data), by any objective measure……….

When I ask people how many Antibiotics they’ve taken both over their life and in the past few months, the answers vary widely.  Some people readily admit that they’ve been on lots of Antibiotics.  Others — probably the majority —- say something like this, “I don’t really take many Antibiotics“.  I always have them clarify this answer, because this might mean they haven’t taken Antibiotics since 1976, or it could just as easily mean that they ‘only’ do five or six rounds per year.

As more and more studies on the inverse relationship between Gut Health and Antibiotics come out, we are learning that it doesn’t take many Antibiotics to foul one’s system, setting you up for some serious health problems throughout your lifetime.  This would lead the curious to ask just how many Antibiotics are too many as far as potentially causing adverse health events (otherwise known as “SIDE EFFECTS“)?  A recent study from DR. MARTIN BLASER of New York University School of Medicine shed some light.

According to the study in last month’s issue of Nature Communications (Metabolic and Metagenomic Outcomes from Early-Life Pulsed Antibiotic Treatment), it seems that female mice that were given two of the most widely used antibiotics for children and infants respectively (Amoxicillin and Tylosin) gained more weight, grew bigger bones, and had altered Microbiomes when compared to their untreated sisters.  The study stated that……

“Since the 1940s, farmers have added low doses of antibiotics to food or water of livestock for growth promotion (sub-therapeutic antibiotic treatment or STAT).  In contrast to farm animals receiving STAT for growth promotion, humans receive 10- to 100-fold higher antibiotic exposures for short courses to treat acute infections (PAT — therapeutic-dose pulsed antibiotic treatment).    We find that early-life PAT leads to alterations in gut microbiome diversity that remained months after antibiotic exposure.  Beyond changes in body composition and growth, PAT altered hepatic gene expression and a metabolic hormone level long after antibiotics were stopped, indicating the metabolic effects were systemic.”

Dr. Blaser and his team talked about the fact that the Antibiotics disrupt both the number of bacteria in the Gut, as well as their genetic (THINK EPIGENETIC HERE) functions. This, he says, has the potential to disrupt the normal function(s) of the Gut.  For instance, one of the things that was done in this study was to shift some of the mice to a high-fat diet about a month and a half in.  Not only did the Antibiotic-treated mice not handle this well (it took them approximately 14 times longer to adapt), the mice that were on Tylosin took months to adapt to the change.

Because we are being lied to on a daily basis concerning the benefits of EVIDENCE-BASED MEDICINE, you’ll have to take matters into your own hands if you value your health as well as the health of your family.  HERE is ultimately where you want to start.  Then make sure to BREAST FEED your babies.  And as they move towards adulthood, make sure to follow a protocol similar to ﻿THIS ONE﻿ — much of it can be used as a preventative as well as for addressing existing problems.