cold laser; is there any research to back it up?

COLD LASER
WHAT ABOUT THE RESEARCH? 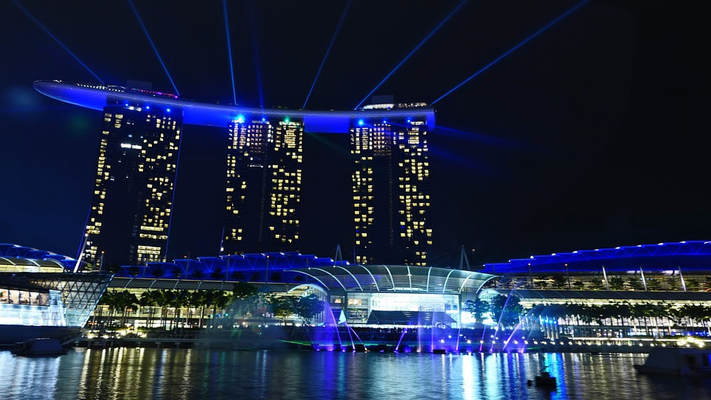 Jason Goh (cegoh) – Singapore/Singapore – Pixabay
How long have physicians been treating people with Cold Laser Therapy?  If the picture on the left is any indication, it is a photo of a hand of a person being treated for RHEUMATOID ARTHRITIS, and was taken back in 1988 — the year I graduated from Kansas State University.   I bring this up because a few days ago, John Gever published an article for MedPage Today called, Infrared Light Therapy Runs Ahead of Science.  The gist of the story was that Near Infrared Laser Therapy (NILT) is being marketed mostly by unethical Chiropractors to patients with various neurological problems (particularly strokes) without any real evidence for doing so.  Sort of an “OFF LABEL” use of Light Therapy if you will.  There were a few things I found problematic with the article.

One of the things that Gever did was to single out a chiropractic clinic in Texas as an example of false advertising.  Although I myself would never advertise in this manner, when compared to what is currently passing for EVIDENCE-BASED MEDICINE here in America, it seems to be one of those pull-the-beam-from-your-own-eye-before-you-chide-me-for-the-splinter-in-mine situations (HERE). This fact was brought out by several readers who posted comments essentially accusing Gever of professional bias against chiropractors — something I would have to agree with in light of the tone of the much of the article.

For instance, even  though I agree whole-heartedly with what he said, the way his quote I put at the top of this page was worded could have been better.  Gever equated “increased ATP synthesis in mitochondria” to an “energy jolt“.  Maybe I am being picky here, but he marginalized a decent  explanation of how Cold Laser works via his choice of words (energy jolt).  Not to mention, a bit later in his article he made sure that we all knew that Chapter 7 Bankruptcy involves a “complete liquidation” of a company’s assets — something that would probably never happen to a PHARMACEUTICAL COMPANY.

He then went on to explain why the lasers used for these experiments did not work, saying that their penetration was “

not deep enough to affect motor function reliably.”  Hold on.  If depth of penetration were the only problem with this study, I would assume that it could be remedied fairly easy by switching hardware.  Simply use a super-pulsed class III Cold Laser like the Multi-Radiance, or a Class IV device such as a K-Laser.  From there he moved on to describe the work of Dr. Margaret Naeser of Boston University, who has been successfully treating SOLDIERS AFFECTED BY TBI, using Cold Laser Therapy.

Although much of her research would better be described as a series of “case studies” than randomized, placebo-controlled trials, listen to what Gever said about the individuals who went through her protocol — some of these being soldiers who had undergone multiple service-related TBI’S at least four years prior to treatment.  “Both showed significant improvements from baseline in measures of executive function and other aspects of cognition, according to their report in Photomedicine and Laser Surgery“.  Guess what?  If your Cold Laser penetrates deep enough into the brain to successfully treat people with TBI, it’s not a stretch to think that it could penetrate deep enough into the brain to treat the area(s) affected by a stroke.  Interestingly enough, results like Dr. Naeser’s don’t seem to be some sort of rare aberration.  Case in point as Gever goes on to tell his readers that, “similar positive findings have been reported in case reports of patients with Alzheimer’s disease, Parkinson’s disease, and some other neurological conditions.“

He goes on to explain that while NILT devices are “FDA approved for musculoskeletal pain indications,” the effect may just be to the fact that it is, “simply acting as a heat source“.  The thinly veiled insinuation is that the posotive results are due to a cleverly designed placebo effect, which could (should) be likened to the sort of warm fuzzy feeling one gets from drinking a hot cup of cocoa on a winter’s day in January.   The article ends with Gever rhetorizing (yeah; I made it up) with himself about the legality or or lack thereof of treating folks with strokes and the other neurological problems that he mentioned by name just a couple of paragraphs earlier, using Cold Laser (ALZHEIMER’S, PARKINSON’S, TBI, etc).  All of this begs my original question of whether or not there is ample evidence to back up the use of Cold Laser for various problems.

In a way it was difficult critiquing this paper because Gever and many of the commenters on his post seemed to be confusing (often times interchanging) technologies like infrared heat lamps or LED devices  (Annodyne), with COLD LASER THERAPY.  This is rather like comparing apples to oranges.  And as to the question of research that was asked in the post’s title, I would simply direct you to the New Laser Therapy Handbook by Drs. Tuner and Hode (nearly 800 pages covering hundreds upon hundreds of studies).  But it doesn’t stop there.

As near as I can tell, there are somewhere between 2,500 and 3,000 peer-reviewed scientific studies on Cold Laser Therapy, with about 300 or so being added each year.  These studies cover a wide range of health problems — not nearly all of them concerning “musculoskeletal” problems as Gever would have you believe.  SHINGLES is one such example that I have seen in my clinic.

But as I have always said, the real proof is in the pudding — you know; how does it work on real-world patients?  Let me tell you the story of being my own Cold Laser Guinea Pig.

About five or six years ago, I started seriously looking at Cold Lasers as I had heard from several colleagues how fabulous they were.  That and the fact that one of my instructors from Logan, Chiropractic Radiologist Dr. Gary Geubert, had told me of being ‘cured‘ (his word, not mine) of long-standing PLANTAR FASCIITIS by a single Cold Laser treatment a couple of years previous to our conversation.  This was of interest to me because I have dealt with the after-effects of several different sports injuries over the years, not to mention that at the time my hands and thumbs were giving me grief because of the beating they receive on a daily basis from adjusting lots of patients.  A certain company offered to let me use their Laser for three months.  I could send it back for a full refund if were not convinced it was the real deal — no questions asked.  My hands and thumbs were virtually pain free after a couple of three minute treatments.  I was hooked.

The bottom line is this.  The Hippocratic Oath, taken by all physicians as they graduate from their respective schools decrees that the first rule of doctoring is to do no harm (HERE is a recent example).  Do we need to take the advice of the RN who commented on Gever’s post and, “arrest them as frauds“?  Before we come to a decision, let’s be honest with each other for a moment.  If Medicine were doing everything right, there would be no need for “Alternative” Medicine.  Is NILT, Cold Laser Therapy, or for that matter, a cheap, infra-red light bulb going to hurt anyone?  In other words, is NILT dangerous?  Heck no it’s not dangerous.  In fact, with what we know about the way that this and similar therapies work, there could quite possibly be great benefit — maybe even for those who are struggling with the after effects of a stroke or some other neurological problem.

No; I’m not telling you that Cold Laser is some sort of panacea or ‘cure-all’.  What I am saying is that given the choice of having standard medical fare (drugs and surgery), or something like Cold Laser — a simple, potentially effective, and relatively inexpensive method of helping your cause by possibly being able to avoid or have less medical care —- the decision to chose Cold Laser makes sense.  Especially in light of the fact that as far as the research has shown, is not going to cause any side effects (just keep it out of the eyes).  In my eyes, positive results, plus low cost, plus no known side effects, equals a pretty good combination.  By the way, not only do I own three lasers, but my parents and in laws both own one as well.  I think that speaks for itself.