the lack of scientific fidelity in the medical research community 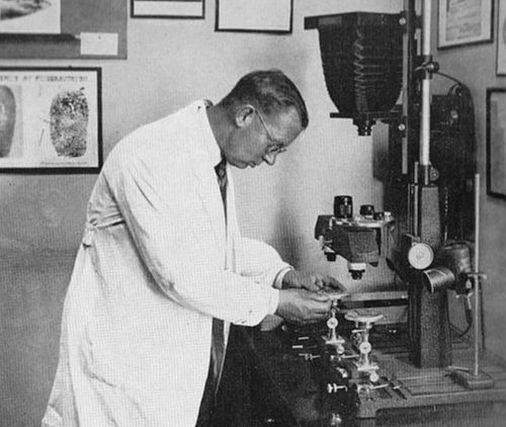 If you have followed my blog at all, you are aware that much of what we refer to as “EVIDENCE-BASED MEDICINE” is based on just about everything but the ‘evidence’.  In fact, the cold hard truth is that this problem is so rampant in the scientific community that it is nearly impossible to know what or who to trust.  I have repeatedly shown you that this issue all boils down to money (HERE).   Not like this is any sort of surprise.

The NIH (National Institutes of Health — a governmental organization) recently stated through their two top officials (Francis Collins MD / Ph.D and  Lawrence Tabak DDS / Ph.D) that their organization is going to be involved in “significant interventions” against poorly done or fraudulent scientific research because the, “checks and balances that once ensured scientific fidelity have been hobbled“.  Gulp! If you have ever seen a hobbled horse (HERE), you quickly realize that it can do very little.  This is why we have seen STUDY after STUDY after STUDY that shows just how stagnant and corrupt this system really is.

In fact, in a recent interview with MedPage Today, Dr Tabak revealed that, “The truth is we don’t really know what the full scope of the problem is.”  Great.  I feel better already.  The government admits it’s not sure what is going on, but by-golly, they are going to fix it.  With your tax dollars.  Although Tabak went on to admit that fixing this problem is going to take the full efforts of, “the academic community, those that publish scientific journals, and, of course, the scientists themselves,“ don’t look for things to change anytime soon.  There is simply too much money at stake —- way too much money.  It’s sort of like the Mexican Drug Cartels like the Knights Templar and Zetas.  When the money is that big, taking out one of these gangs only means there will be two more rise up trying to take their place.  It’s similar to trying to kill the mythical “Hydra”.  Chop off one of its heads, and you now have to deal with two more.

These statements by the NIH come on the heels of similar statements made by a group headed by John Loannidis (MD / Ph.D) of Stanford University.   Dr. Loannidis and his colleagues recently published a series of articles in The Lancet suggesting several ways of making the process of Medical and Biotech Research more trustworthy.  This is not new ground for Loannidis, who authored the shot heard round the biomedical research world with 2005’s Why Most Published Research Findings are False from PlosOne (a medical journal).

In the article, Loannidis makes statements such as, “There is increasing concern that most current published research findings are false.”  Or, “There is increasing concern that in modern research, false findings may be the majority or even the vast majority of published research claims. However, this should not be surprising. It can be proven that most claimed research findings are false.”   Or how about, “investigators working in any field are likely to resist accepting that the whole field in which they have spent their careers is a “null field.” ”  In light of what we have been told about science from the time we were in grade school, this might come as a shock.  It also raises a question that each and every one of us will need to answer for ourselves.  If we can’t trust science to save us, who can we trust?

Unfortunately, you have recently seen that we cannot trust MEDICAL GUIDELINES (HERE & HERE also). And when it comes to those ‘common sense’ factors such as nutrition and exercise, everyone seems to be saying something different from each other — sometimes radically different.   Who do you believe?  As far as what to eat, THIS provides a great starting point.  From there you can move on to studying the causes and potential solutions to all sorts of disease processes (HERE).   All of this proves what I have been telling people for a very long time.  The biggest part of your health is completely up to you.

Dr. Schierling is licensed chiropractor and world-renowned for intervention with persistent chronic pain. Dr. Schierling focuses on a holistic approach to helping end his patients’ chronic pain that includes Scar Tissue Remodeling Therapy.
All Posts »
PrevPreviousaging, vital reserves, nutrition, and disease
Nextcold laser; is there any research to back it up?Next