COKE PEDDLES MONEY AND INFLUENCE
TO THE MEDICAL COMMUNITY 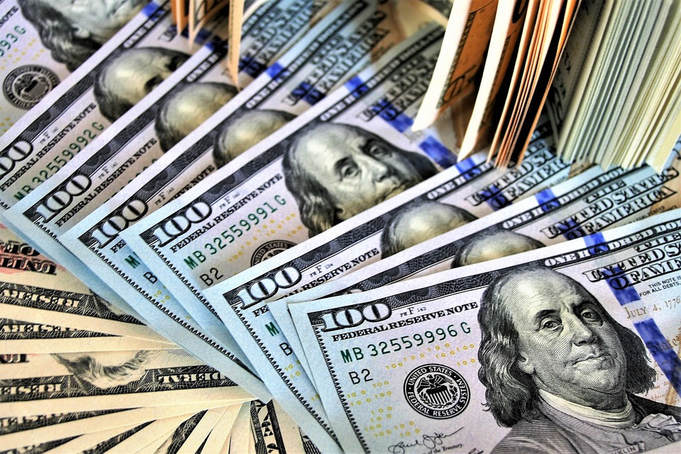 If you are one of those who refuses to believe that people are not influenced by money, you haven’t been following politics (be sure to watch John Goodman’s 1995 movie Kingfish: The Story of Huey P. Long).  The same could be said about the practice of medicine.  Just yesterday I was reading a story in MedPage Today by Larry Husten called Does Obesity Research Go Better With Coke?   The gist of the article was that Coca-Cola pays scientists (in this case Cardiologists — specifically Carl Lavie and Steve Blair — the coauthors of several papers on today’s topic) to report, via peer-reviewed studies, that diet is not nearly as big a deal as is lack of exercise and sedentary lifestyles.  Although I am an EXERCISE JUNKIE, their position is one I completely disagree with (HERE and HERE).

Writing for Livesience, on Monday Lisa Rettner wrote a similar article called Coca-Cola Controversy: Is Exercising More or Eating Less Better for Weight Loss?  In it, she talked about the new “research” foundation called GEBN.

“The new nonprofit organization, called the Global Energy Balance Network (GEBN), received $1.5 million from Coca-Cola last year to help launch the organization, according to The New York Times. (Energy balance means consuming as many calories as you burn to maintain weight.) In a statement, Steven Blair, a professor of exercise science at the University of South Carolina Arnold School of Public Health and a member of GEBN, said that although the media have focused on “blaming fast food” and sugary drinks for the obesity epidemic, “there’s really virtually no compelling evidence that that, in fact, is the cause.””

Not only is Dr. Blair’s assertion that FAST FOOD and SUGARY DRINKS are not a big part of what’s behind the “OBESITY EPIDEMIC” ridiculous and impossible to defend intellectually / academically, but this paragraph is CONFLICT OF INTEREST on steroids. We have seen repeatedly that exercise alone does little or nothing as far as weight loss is concerned (HERE).  On top of this, you might be interested to learn that according to Husten, “Steven Blair was chosen by Coca Cola, a sponsor of the Olympics, to be a torch-bearer for the London summer games.”  If you watch the short YouTube Video of this event (Steve Blair Carrying the Olympic Torch 2012), you’ll quickly realize that this honor was not bestowed on Dr. Blair because of his level of health and fitness.

Another of the studies in question was published in last April’s issue of the Journal of the American College of Cardiology (Obesity and Cardiovascular Diseases: Implications Regarding Fitness, Fatness, and Severity in the Obesity Paradox).  Prefacing the study were the words, “Dr. Lavie has served as a consultant and speaker on fitness/obesity for the Coca-Cola Company; and is publishing a book on the obesity paradox with potential royalties. Drs. Church and Blair have served as consultants for weight loss and fitness companies and for the Coca-Cola Company, which has also provided them un-restricted research grants.” In light of similar articles I’ve written (HERE, HERE, HERE, and HERE are a few of them) it should not come as a surprise that corporate America is paying for peer-review (HERE is an example in the field of Statin Drugs).  Nor should Dr. Lavie’s explanations to Husten.

After reading the study, I realized that nowhere in it are words like HIGH FRUCTOSE CORN SYRUP, SUGAR, SODA, or CALORIES as much as mentioned.  When Husten asked Dr. Lavie about this “oversight”, he found out it was not an oversight at all.

“My personal relationship was providing consulting and giving a couple of lectures on the importance of fitness. My colleagues have also consulted and received non-restricted educational grants for research studies. Coca-Cola had nothing to do with the details of the study, analyzing results, or publishing the paper. Therefore, I do not think that this relationship adversely impacts any of the results of their studies or my invited state-of-the-art review article, which happens to be on a topic where I have published more than anyone else in the world during the past 10-15 years……  Regarding Coca-Cola, although their “flagship” product is a sugary beverage, keep in mind that they have many more low or no calorie products in their comprehensive arsenal!!  In the medical field, many companies fund studies and educational programs, but the investigators and speakers are not changing what they say due to who sponsors the work!”

Firstly, both Husten and Lavie should have been aware of the latest research, mostly from the University of Texas, telling us that diet soda causes as much as double the weight gain as regular soda (HERE) due to ALTERATIONS IN GUT BACTERIA.  Secondly, Lavie’s insinuation that he and his colleagues are above financial influences is pure poppycock.  In fact, later in the article he let everyone know that the fact that the American Heart Association and the American College of Cardiology both had financial ties to Coca-Cola, which did not bother him in the least.  After a great deal more denial by Lavie about these sorts of relationships not affecting the quality of peer-review, Husten wrote the following.

How does Dr. Lavie defend his credibility in light of a statement like this?  Easy.  He does what your teenager does.  He gives the public the pleading equivalent of your sixteen year old’s ‘aw shucks mom; but everyone‘s doing it‘ by saying that, “pharma does this all the time“.  He is right you know.  In my dozens of articles on “EVIDENCE-BASED MEDICINE” I have shown you again and again and again that this is exactly what they do.  But let me tell you about a real-life example I was hit between the eyes with just a couple of weeks ago.

Some friends of ours from a nearby state were passing through the area, so we had them stop by to spend the day with us.  We spent the afternoon hanging out in the pool, grilling burgers, and jawing.  My friend is a radiological technician in the CANCER CENTER of a hospital in a rural midwest town of about 10,000 people.  Both of us being big into natural health, our conversation eventually turned to his workplace, and just how much influence BIG PHARMA really has on every aspect of medicine — right down to the drugs your doctors choose to provide you (HERE).

In the facility he works at, there are two physicians and a large supporting cast of techs, nurses, PA’s, insurance experts, secretaries, etc.  He told me that five days a week, an array of PHARMACEUTICAL REPS bring catered lunches to their office for both the doctors and the staff.  He said that everything is always top of the line, usually with lots of leftovers.  When I asked him to estimate what they were spending on the average lunch, he gave a one word answer; “thousands“.

I suppose it might be possible that Big Pharma has hired these reps for no other reason than their love of doctors who work in Cancer Centers.  It certainly wouldn’t be because it could possibly have anything to do with influencing the physicians that run the place to purchase and prescribe the products they are selling?  After all, I completely realize that physicians are above this sort of thing.  Interestingly enough, we recently saw the conviction of a physician who told hundreds of patients they had cancer when they did not, and subsequently had them on chemotherapy, radiation, and who knows what else —- for no other reason than the money.