depression in america: physicians have some of the highest rates

DEPRESSION IN AMERICA
PHYSICIANS HAVE EXTRAORDINARILY HIGH RATES OF DEPRESSION 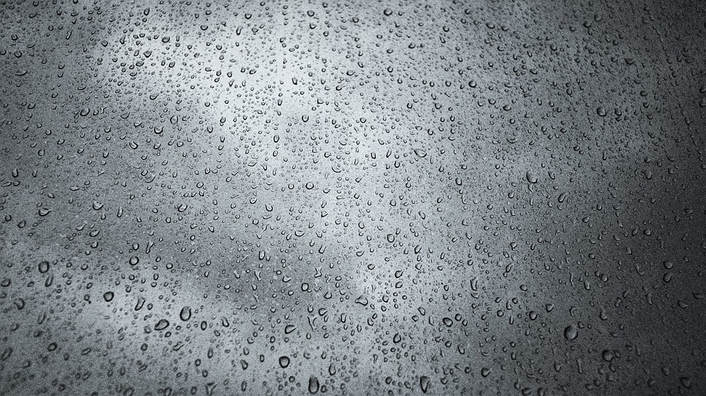 “In all populations, suicide is usually the result of untreated or inadequately treated depression…..   It has been reliably estimated that on average the United States loses as many as 400 physicians to suicide each year (the equivalent of at least one entire medical school).   Perhaps even more alarming is that, after accidents, suicide is the most common cause of death among medical students.”  From Dr. Louise Andrew’s July 9, 2015 article on Medscape (Physician Suicide)
A medical intern is an individual who has graduated from medical school (they are officially a “doctor”), but is in the process of going through their “residency” —- advanced training, usually in a hospital setting, in their chosen specialty.    Just yesterday, JAMA (the Journal of the American Medical Association), published a study called Prevalence of Depression and Depressive Symptoms Among Resident Physicians:  A Systematic Review and Meta-analysis.  As you might guess from the title, this study crunched the data from lots of studies — 54 to be exact — that had been published over the previous 53 years, involving nearly 18,000 residents / interns.  The results were rather shocking.

According to lead author Dr. Douglas Mata of Harvard Medical School and Brigham and Women’s Hospital in Boston, “

As many as 43% of residents get clinically depressed during any given year of their training.”   He and his team of seven researchers concluded that, “In this systematic review, the summary estimate of the prevalence of depression or depressive symptoms among resident physicians was 28.8%….  Further research is needed to identify effective strategies for preventing and treating depression among physicians in training.“

Although this is quite interesting in itself, the very same issue carried an editorial by Dr.

Thomas L. Schwenk called Resident Depression: The Tip of a Graduate Medical Education Iceberg.  Schwenk, dean of the University of Nevada School of Medicine, and vice president of the University of Nevada’s Division of Health Sciences, has a career that reads like a veritable Who’s Who.   Until about a decade ago, he was a professor in the Department of Medical Education as well as serving as the associate director of the University of Michigan’s Depression Center.  Two of his key areas of interest are burnout (something I actually mentioned YESTERDAY) and suicide.  The second paragraph provides the editorial’s framework.

“The literature describing the risk of depression and suicide in medical students is relatively rich and somewhat so for practicing physicians. Studies of depression among physicians in training (residents and fellows) are less common, perhaps because residents in general are busier, more overwhelmed, more fatigued, more sleep deprived than either medical students or practicing physicians, and less accessible for surveys and interviews. The reasons that depression risk among physicians in training is more difficult to study may be the very reasons they are more vulnerable to that risk……   “

The problem is so prevalent, that Shwenk actually refers to it as “endemic“.  Other than the long hours and overwork (which, he says, do not appear to be changing any time soon), he believes (probably rightly so) that residents don’t seek care for their Depression because of social stigmas and fear.  “Physicians have the same concerns that their medical staff membership and licensing could be severely compromised by disclosure of mental illness and treatment.“

Dr. Schwenk believes that, “The time is long overdue for a national conversation on the fundamental structure and function of the graduate medical education system, not unlike the discussion that reformed undergraduate medical education after the Flexner report.”  Firstly, remember that the FLEXNER REPORT was not all it has been cracked up to be.  And secondly, the idea that doctors need mental healthcare too sounds wonderful, but what does it really entail?  Unless residents would be getting radically different care than you or I, it means anti-depressant medications.   And here’s the rub.

Despite the fact that anti-depressants are one of the single most prescribed classes of drugs in America today, the dirty little secret is that according to the ‘newest’ standards (that would be EVIDENCE-BASED MEDICINE for those of you keeping score at home) they don’t work very well.  Once you begin to factor in the myriad of INVISIBLE AND ABANDONED STUDIES (HERE is one concerning Depression meds for children), it’s easy to see how we have been duped by Big Pharma yet again.  And on top of this, doctors are not learning how to deal with Depression without drugs (again, yesterday’s post).

I think, however, that Dr. Marta, in an interview with Dr. Sanjay Gupta (Many Interns and Residents Struggle With Depression:   Meta-Analysis Finds Prevalence of 30% to 43% in Medical Trainees) hit the nail on the head when he said, “medicine today is different than it has ever been before. It’s more complicated, the patients are sicker, and residents never truly leave the hospital as they are always plugging in to the electronic medical record via the Internet. On top of that, drudge work has increased, and residents are spending more time charting today than they are with their patients”  It doesn’t take a degree in rocket science to realize that people are sicker today than ever before.  It has to be depressing not only realizing that the majority of this is self-induced, but that many of the drugs these residents are trained to prescribe simply don’t work (HERE is another example).

Furthermore, this area of “increased drudge work” is not just a “resident” issue.  Bureaucracy has taken over every area of our society, from banking, to teaching, to medicine.  There are very few professions that are not being sorely affected by absurd amounts of paperwork, over-regulation, and moronic rules (HERE is one example).   The great thing is that whether you are an overworked resident, or a sedentary office worker, an auto mechanic, or a logger, there are things you can do to to help yourself that go beyond simply covering symptoms (HERE).  It’s not that there is not a time and a place for medicine; it’s that if you do the right things, you literally create your own EXIT STRATEGY to help get yourself off the MEDICAL MERRY-GO-ROUND.

Dr. Schierling is licensed chiropractor and world-renowned for intervention with persistent chronic pain. Dr. Schierling focuses on a holistic approach to helping end his patients’ chronic pain that includes Scar Tissue Remodeling Therapy.
All Posts »
PrevPreviouscould the medical profession be doing better when it comes to educating patients about nutrition?
Nextwhy fascia?  twenty reasons why fascia!Next