could the medical profession be doing better when it comes to educating patients about nutrition?

DOCTORS AND NUTRITION? COULD DOCTORS BE GETTING BETTER RESULTS BY DISCUSSING NUTRITION W/ PATIENTS? 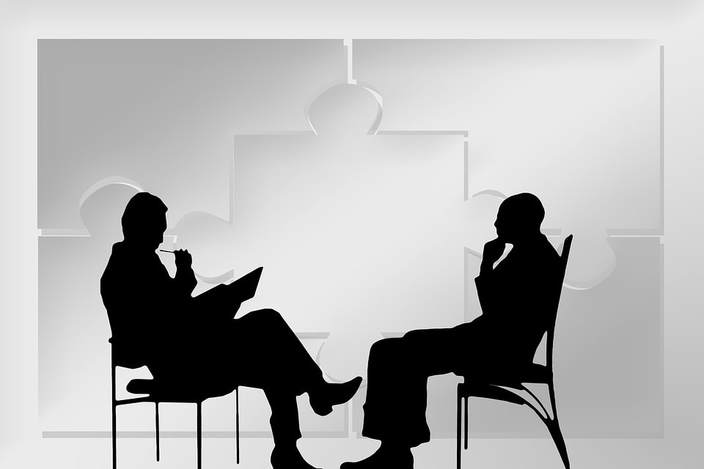 “Researchers from the University of North Carolina at Chapel Hill asked nutrition educators from over 100 medical schools to describe the nutrition instruction offered to their students. While the researchers learned that almost all schools require exposure to nutrition, only about quarter offered the recommended 25 hours of instruction, a decrease from six years earlier, when almost 40 percent of all schools met the minimum recommendations.

In addition, four schools offered nutrition optionally, and one school offered nothing at all. And while the majority of medical schools tended to intersperse lectures on nutrition in standard, required year-long or semester courses, like biochemistry or physiology, only a quarter of the schools managed to have a single course dedicated to the topic.” Dr Pauline Chen from her weekly column (September 12-18, 2010) in the New York Times called Doctor & Patient.

“Does your doctor ever talk to you about nutrition or exercise? No? You’re not alone. Polling shows that fewer than one-eighth of visits to physicians include any nutrition counseling and fewer than 25 percent of physicians believe they have sufficient training to talk to patients about diet or physical activity.

And the number of hours devoted to teaching future physicians about nutrition in medical school has actually declined recently, from 22.3  in 2004 to 19.6 in 2009. (The National Academy of Sciences says it should be 25 to 30 hours.)”  Lennie Bernstein writing for the June 23, 2014 issue of the Washington Post (Your Doctor Says he Doesn’t Know Enough About Nutrition or Exercise)

This post is the result of a statement I made at the end of my LAST POST that may or may not be true about the medical treatment of ADHD with nutrition.  “Honestly, if you follow this step, you will solve 90% of these cases.”   Was this statistic (I can’t call it a statistic because I pulled it out of my hat) true or accurate?  In a back-and-forth with a reader on FACEBOOK, it was suggested to me that it was not.

Today we are going to take a look at the assertion made in my response — that the average practicing physician is so locked in to the idea of “better living through chemistry,” that we can never really know if that number is 90% or 9% because of the VERY NATURE OF THE WAY THAT MEDICINE IS PRACTICED here in the US —- which does not even begin to touch on the way that MEDICAL RESEARCH is being done.

A year and a half ago I wrote a post called, “NUTRITIONAL SUPPLEMENTS: ARE THEY EFFECTIVE?”   For the most part they are not, and let me briefly explain why.  I would contend that many people (maybe even the majority of the people) who take supplements are going about their supplementation the wrong way.  People typically go to their (insert one of these here — doctor, chiro, best friend, health food store proprietor, computer, other) and ask the question, “What do you have that can cure my……….?”    Allow me to interpret what they are really saying in most cases.

You see, most people want to use supplements in the same way they use drugs (HERE).  If you have symptom X, take drug Y.   It is my opinion that supplements, at least for most people, are the easy way out.  Just like it’s much easier to drop a few bucks in the plate on Sunday than it is to follow Christ’s commandment to LOVE OUR NEIGHBOR AS OURSELVES; it’s easier to take a supplement (or supplements plural) without doing anything meaningful about our collectively crappy diets and lifestyles.

I get it; real change is tough.   MONOTHERAPIES are easy, whichever form (drugs or supplements) they come in.  It’s not that I think supplements (or drugs for that matter) are a bad thing, but without concurrent dietary and lifestyle changes, they are not typically of great value.

In order to do research that is considered “valid,” you cannot change too many variables in your experiments.  In fact, you shouldn’t change more than one.  What does this kind of research lead to?  Very often we end up with studies that show how a specific nutrient (zinc, iron, Vitamin C, VITAMIN B, etc) has no effect on a disease process.  When it comes to studying nutrition, contradictions in results from one study to the next are the rule as opposed to the exception, with studies on ADHD and nutrition being no different.  I did, however, find some things that most researchers could agree on (thereare many more studies on this topic than I have time to deal with today)

Some of this was echoed by this January’s issue of the Nordic Journal of Psychiatry (Diet in the Treatment of ADHD in Children – A Systematic Review of the Literature) when they stated, “Elimination diets and fish oil supplementation seem to be the most promising dietary interventions for a reduction in ADHD symptoms in children.”  As you may already know, I am a huge fan of both PGFO and a good ELIMINATION DIET.

There were any number of studies linking ADHD to to a wide array of “EPIGENETIC FACTORS” such as sugar consumption, lack of breast feeding, and even tobacco and alcohol use. Although the research on diet was all over the place, there was a common theme I noticed when looking at studies pertaining to the cause of ADHD (officially, no one knows what causes it —- “etiology unknown“).  That common thread was that ADHD was linked to chemical exposure of the expecting mother.  As a side note, there was also a trend in many of the studies to lump ADHD in with ASD (AUTISM SPECTRUM DISORDERS).  All of this leads me to theorize…..

It’s no theory that chemicals are bad for you — every doctor or researcher worth his salt realizes that there is a preponderance of evidence to this effect.  However, I would argue that besides being ENDOCRINE DISRUPTORS, many of the chemicals we are exposed to each and every day are causing problems such as ASD and ADHD by fouling the MICROBIOME.

It’s not a stretch when you understand how substances like Aspartame create obesity and INSULIN RESISTANCE by fouling the Microbiome (HERE).  But there is more to this issue of chemicals.  Without even getting into the issue of MERCURY, look at what Vaccines do to Gut health (HERE).  I took the following from an article I wrote ten years ago for the West Plains Quill (HERE).

I even found a recent study linking ADHD to a drug that is believed by most doctors to be so safe that it is commonly recommended for pregnant women — ACETAMINOPHEN.  Although not technically so, I tend to throw Acetomenophen (Tylenol / Paracetamol) in with the BIG FIVE.   Remember Tylenol’s old slogan; ‘Tylenol; nothing safer‘?  It might not be as true as you once believed.

Something else that leads me to believe that many cases of ADHD are starting in the Gut has to do with the number of studies showing a link between Acetaminophen and ASTHMA.  If you simply follow the link, you’ll see that Gut-destroying ANTIBIOTICS are heavily associated with Asthma as well.   What does any of this prove?  According to the so called ‘experts’ nothing.

However, taken together it leads me to warn pregnant women (or those TRYING TO BECOME PREGNANT) to get serious about what they are exposing themselves to as far as chemicals are concerned — and that goes for drugs.  To learn more about this particular topic, simply cruise over to PubMed and do a search on something like ‘ADHD Microbiome’ and see what comes up.

COULD DOCTORS DO MORE TO EDUCATE PATIENTS ABOUT NUTRITION AND HEALTH? DARN STRAIGHT!

All the research in the world does nothing if it is not valid, or if it is not being followed — something I discussed at length in my recent post on the Flu Vaccine (HERE).  But the real issue is far bigger than this.  What about the fact that doctors who have received virtually zero training in nutrition (HERE), continue to promote the ongoing WAR AGAINST RED MEAT, DIETARY FAT, SALT, EGGS, and CHOLESTEROL; all while telling us to eat more whole grains (HERE and HERE), EMBRACE VEGANISM, and TAKE MORE CALCIUM (something that people with ADHD need to be particularly aware of; HERE).   In other words, few doctors have any idea about real (clinical) nutrition.

Although you might think that I am being mean, harsh, or overly critical; facts are facts.  The average doctor knows next to nothing about the relationship between diet and disease — or if they do, they certainly aren’t doing anything about it as far as helping their patients is concerned.

Almost eight years ago, Dr. Eileen Kennedy wrote in her From the Dean column for a newsletter put out by Tufts University (Nutrition Matters) that, “ironically, the same issues related to the importance of nutrition in medical practice discussed in our cover story were being highlighted decades ago, when I was in clinical practice as a registered dietitian. Now, however, it appears that nutrition may genuinely be seen as more integral to health care, both here and around the world.”  But in light of recent facts, how much weight do her words really carry almost a decade after she wrote them?  Let’s see

Don’t think for one second that given a few hours, I could not have found a hundred more quotes just like these.  Rest assured folks, there is one reason and one reason only that more is not being done by the average physician concerning nutrition —- money.    Few doctors are self-employed any more.  They are essentially told by their employers (around here it’s either Cox or Mercy) how they are going to deal with and treat their patients.  And this doesn’t even begin to take into account the MOUNTAIN OF PAPERWORK they are being buried under.

Plainly stated, the average doctor is exhausted, burned out, and rushed (HERE).  And while few would admit it, it’s not tough to see from today’s post that they have become the pawns (witting or unwitting) of BIG PHARMA and the so-called EVIDENCE-BASED MEDICINE.   My suggestion to you if you are one of the millions of Americans debilitated by Chronic Inflammatory Degenerative Diseases (HERE)…..    Realize that neither your doctor nor the medicine they prescribe is going to save you.   It’s time to start shouldering the burden and figuring out your own EXIT STRATEGY.

Dr. Schierling is licensed chiropractor and world-renowned for intervention with persistent chronic pain. Dr. Schierling focuses on a holistic approach to helping end his patients’ chronic pain that includes Scar Tissue Remodeling Therapy.
All Posts »
PrevPreviousis your child on ritalin?
Nextdepression in america: physicians have some of the highest ratesNext