do 36,000 people really die every year because of the flu? nope — and it’s not even close!

HOW MANY ANNUAL DEATHS FROM THE FLU? 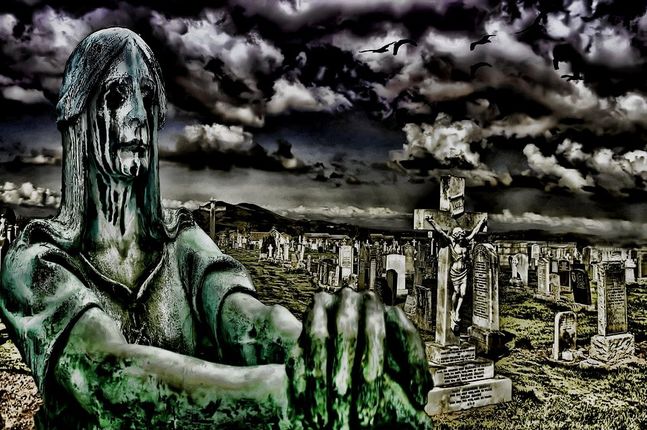 Anthony (InspiredImages) – UK – Pixabay
“36,000 people, more or less, die every year from influenza. That is the number of deaths according to the CDC web site; the New England Journal of Medicine review uses the higher number of 56,000. Which number is correct? Isn’t that why the flu vaccine is recommended: to prevent all those people from dying?  16,000? 36,000? 56,000? Even more? Or less? As you can see, it depends on how you do the counting…. It is true that deaths directly from influenza are unusual. It was a mild flu season last year, but 76 children died directly of influenza.”   Cherry-picked from Dr. Mark Crislip’s December 19, 2008 issue of Science Based Medicine (Influenza Deaths)

“Is this year’s flu really deadlier than past years?”  The headline of a January 2018 article in the San Diego Union-Tribune by Paul Sisson

“Earlier this month, a report from the CDC revealed that the 2014-15 flu season had already crossed the threshold for epidemic status, with 15 child deaths from the virus so far. Now, a new report from the organization estimates this season’s flu vaccine is only 23% effective across all age groups.”  From Honor Whitman’s January 16, 2015 story for Medical News Today (CDC: This Season’s Flu Vaccine Only 23% Effective)

“This is what the Public Health Agency of Canada said in a recent press release: “Every year, between 2,000 and 8,000 Canadians die of the flu and its complications.”  In a CBC interview a few weeks ago an editor of the Canadian Medical Association Journal said: “Four thousand to 8,000  people die every year of influenza.  Did you ever wonder how they know that? The fact is, they don’t know that. “This is a scientific guess. This is not the truth,” Dr. Michael Gardam, director of the infection prevention and control unit at the University Health Network in Toronto and a longtime flu watcher, told me.  The fact is, no one knows how many people die after being infected with the flu virus. The death estimates are not based on body counts, lab tests or autopsies. The “2,000 to 8,000″ numbers are based on computer models — a statistical guess that comes out of the end of a mathematical formula that makes a range of assumptions about death and flu.”  From the November 25, 2015 issue of Canada’s CBC News (Flu Deaths Reality Check)

“According to the National Vital Statistics System in the U.S., for example, annual flu deaths in 2010 amounted to just 500 per year — fewer than deaths from ulcers (2,977), hernias (1,832) and pregnancy and childbirth (825), and a far cry from the big killers such as heart disease (597,689) and cancers (574,743). Even that 500 figure for the U.S. could be too high, according to analyses in authoritative journals such as the American Journal of Public Health and the British Medical Journal. Only about 15-20 per cent of people who come down with flu-like symptoms have the influenza virus — the other 80-85 per cent actually caught rhinovirus or other germs that are indistinguishable from the true flu without laboratory tests, which are rarely done.”  From the January 24, 2014 issue of the Huffington Post (Don’t Believe Everything You Read About Flu Deaths).

“For as long as I can remember now, we’ve been saying 36,000 people die each year from the flu.  When we’ve asked the Centers for Disease Control and Prevention for updated figures, they told us 36K was the best they had.  Didn’t seem quite right that it never changed year after year.  Now it turns out the 36K was calculated way back in 1999, when flu deaths hit a peak. In some years as few as 3,349 have died (back in 1986-7).  But the highest annual average toll was 48,614, just seven seasons ago (2003-4).”  From the August 26, 2010 edition of NPR (How Many People Die From Flu Each Year? Depends How You Slice The Data)

As predictable as the return of yellow school buses and Monday Night Football, the arrival of fall also brings the first fearful chatter about the approaching flu season.  As always, the so-called “experts” are saying that this will be, “THE WORST FLU SEASON EVER“.  But is this really true, and should we devote any brain-power to worrying about it?  Enter Doctor Edward Yazbak.

Dr. Yazbak (MD / FAAP) has been practicing pediatrics since 1963 and served as Pediatric Director of the Child Development Study at Brown University.  He was the Assistant Clinical Director for Infectious Diseases at the Charles V. Chapin Hospital, and the Director of Pediatrics at the Woonsocket Hospital.  Since 1998, Dr. Yazbak has conducted research into REGRESSIVE AUTISM, publishing extensively on AUTOIMMUNITY and autism in children whose mothers had repeated live virus vaccination, as well as THE SHEER NUMBERS OF NEW VACCINES.  He and his wife, a pediatric nurse practitioner, live in  Massachusetts.

In September of 2006 Yazbak published a scientific article called Calculating US Influenza Deaths.  He started out mentioning the 36,000 annual flu-related deaths widely touted by our government (the other commonly-parroted figure is 56,000 as seen in YESTERDAY’S POST).  Dr. Yazbak searched high and low but could not find where these stats actually came from, saying they magically appeared as if it were “a rabbit from a top hat“.  Using words like “propaganda,” Yazbak then showed just how fuzzy CDC math really is.

When Yazbak wrote his paper twelve years ago, the last “hard” mortality statistics for flu were published on page 31 of the September 2001 issue of the National Vital Statistics Report.  And as you might imagine, the majority of the deaths occurred in the geriatric (over-65) population.  How many deaths from influenza are we talking about?  Pay attention as Yazbak’s quote comes directly from statistics on the CDC’s site.  “The calculated number of 284 (0.1/100.000) deaths from influenza would be close enough to the actual listed number of 257.”  Depending on how these deaths were calculated, either 284 or 257 Americans died of flu in 2001.  So, where did the 36,000 come from?  Dr. Y shows us.

“Testifying before the committee on government reform of the U.S. House of  Representatives on Feb. 12, 2004, CDC Director Julie L. Gerberding, MD,  carefully stated that “CDC scientists estimate that an average of 36,000 people  die from influenza-related complications each year in the United States.”

Yazbak went on to talk about the difference between flu and flu-related complications.  While one might argue that the flu vaccine can protect a person from the flu, everyone agrees that it can’t protect a person from non-flu or viruses that are “flu-like” — the vast majority of circulating viruses.

“Most people who have influenza-like illness, as the condition is fondly referred to by the CDC, do not have influenza; only a small percentage of them are ever confirmed by culture or other accurate laboratory means. For the period 2000-2005, influenza virus positive cultures were 11 to 18.9 percent of the obtained cultures with a mean of 12.5 percent. It is well known that the virus strains in the community may be different from those in the available vaccine. Because immunity is strain-specific, vaccination in such cases is essentially ineffective in preventing disease. The percent of antigenic match between 2000 and 2005 varied from 11 to 63.2 percent with a mean of 54.2 percent. The maximum effectiveness of the vaccination effort, therefore, ranged between 2.1 percent in 2003-2004 and 11.5 percent in 2002-2003 with a mean of 7.2 percent.”

What’s interesting is that according to the February 2018 COCHRANE REVIEW ON FLU, none of these stats from a decade and a half ago are better than what we are seeing today.  And as for the ability to create next year’s “strain-specific vaccine” this year — HE WOULD HAVE BEEN WELL WITHIN HIS RIGHTS TO CALL THE EFFORT A PIPE DREAM!  But here is the kicker; the CDC itself admits to all of this.

In a blistering editorial, Dr. Peter Doshi (professor at University of Maryland’s School of Pharmacy, Ph.D from MIT, advanced degree from Harvard, postdoctoral research fellowship from Johns Hopkins, member of Cochrane, and associate editor of one of the oldest and most prestigious peer-reviewed medical publications in the world — the British Medical Journal) stated in his BMJ article called Are US Flu Death Figures More PR than Science?….

“US data on influenza deaths are a mess. The CDC acknowledges a difference between flu death and flu-associated death yet uses the terms interchangeably. Additionally, there are significant statistical incompatibilities between official estimates and national vital statistics data. Compounding these problems is a marketing of fear—a CDC communications strategy in which medical experts “predict dire outcomes” during  flu seasons. The CDC website states what has become commonly accepted and widely reported  in the lay and scientific press: annually “about 36,000 Americans die from  flu” and “influenza/pneumonia” is the seventh leading cause of death in the United States.  CDC states that the historic 1968-9 “Hong Kong flu” pandemic killed 34,000 Americans.  At the same time, CDC claims 36,000 Americans annually die from flu. What is going on?”

Doshi goes on to tell us what’s going on — something we were already aware of.  He gives us yet another reason we cannot trust EVIDENCE-BASED MEDICINE.

“CDC is already working in manufacturers’ interest by conducting campaigns to increase flu vaccination. At the 2004 ‘National Influenza Vaccine Summit, co-sponsored by CDC and the AMA, Glen Nowak spoke on using the media to boost demand for the vaccine. One step of a “Seven-Step Recipe for Generating Interest in, and Demand for, Flu (or any other) Vaccination” occurs when ‘medical experts and public health authorities publicly…state concern and alarm (and predict dire outcomes)—and urge influenza vaccination’.  Another step entails ‘continued reports…that influenza is causing severe illness and/or affecting lots of people, helping foster the perception that many people are susceptible to a bad case of influenza.'”

Not only can we see that things have not gotten any better, go back and re-read the headlines at the top. The problem is arguably getting worse.  Why?  For any number of reasons that you can read about in my dozens of posts on FLU VACCINATIONS.  But it goes deeper than that.   Today’s Americans are LESS HEALTHY THAN PREVIOUS GENERATIONS.  If you want to see what you might do to get your life back, get healthy, and stay that way, HERE is a great place to start!