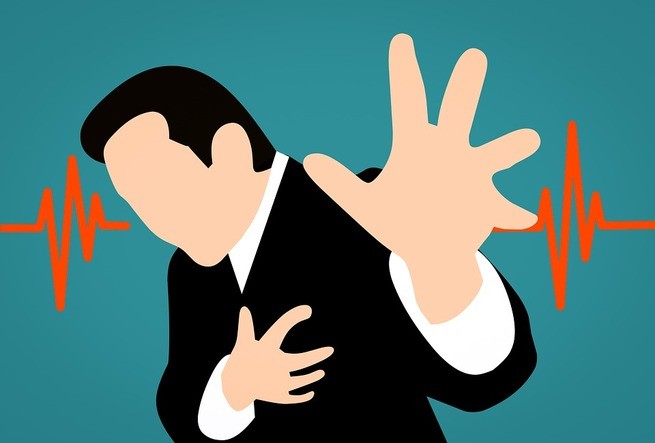 Mohamed Hassan – Giza/Egypt – Pixabay
If you have already had a heart attack, stroke, or have high blood pressure —- or if you are simply ‘at risk’ for these or other similar problems, you are probably either currently taking, or have taken Beta Blockers.  Beta Blockers work by blocking the action of epinephrine (adrenaline) and nor-epinephrine (nor-adrenaline).  These are neurotransmitters of the Sympathetic Nervous System — the part of the nerve system that regulates the “Fight or Flight” response.   If you have read much of my materiel, you already know that numerous health-related problems are caused by having a Sympathetic Nervous System that overpowers the Parasympathetic Nerve System —- the part of the nerve system that calms things down, promotes digestion, and promotes lower resting heart rates and blood pressures.   This imbalance is called Sympathetic Dominance, and Americans tend to be SYMPATHETIC DOMINANT — not just a little, but a lot.   As you might imagine, Sympathetic Dominance contributes to a whole host of health problems, including the ones mentioned at the beginning of the paragraph.

Although Beta Blockers have been hailed as, “one of the most important contributions to clinical medicine and pharmacology of the 20th century,” the truth is that there are many problems associated with taking these drugs — not the least of which is just plain feeling like crap. Because so many people are on these drugs (they usually end in “ol”, i.e. Propanalol), I hear a lot of complaints.  Beta Blockers tend to drain your energy, change the way that you matabolize fats and sugars, cause several different mental problems, and alter one’s ability to have have sex – or even want to have sex (HERE).  Some of the more common side-effects of Beta Blockers are nausea, diarrhea, trouble breathing, cold hands and feet, low blood pressure, slow heart rate, dizziness, hair loss, and trouble sleeping, among others.

For decades, the standard medical line was that if you have already had a heart attack, you have to take Beta Blockers.  Period.  Or you’ll die!  Now, a picture is starting to emerge that tells a completely different story.  Kind of reminds me of the whole HRT debacle that we have been through twice previously and are getting ready to go through again (Gee, isn’t that EVIDENCE BASED MEDICINE just great!).   Contrary to popular belief, Beta Blockers do not reduce the chances of a second heart attack or stroke, whether fatal or non-fatal.  In fact, recent studies have revealed that these widely prescribed drugs actually increase the risk of both heart attacks and strokes. Gulp!

In a recent review of studies found in this month’s issue of JAMA (Journal of the American Medical Association), Dr. Sripal Bangalore and her team from New York University School of Medicine showed that the rates of heart attacks and strokes were no better for those taking Beta Blockers than those not taking Beta Blockers.  Not only that, but the results were the same in patients with Coronary Artery Disease as well.  Because of this, the both the American Heart Association and the American College of Cardiology have downgraded their recommendations for these drugs.  Don’t expect this memo to get to your doctor any time soon.

Commenting on this research for MedPage Today, Dr. Steven E. Nissen, Chairman of the Robert and Suzanne Tomsich Department of Cardiovascular Medicine of the Cleveland Clinic concurred with the study’s authors saying that Beta Blockers are, “overused as antihypertensive [high blood pressure] therapy without strong evidence for benefits.”  Dr. Cam Patterson, professor and Associate Chair of Research in the Department of Medicine and University of North Carolina’s School of Medicine said that, “I might think twice before prescribing a beta-blocker to someone with hypertension and other risk factors because I expect to get additional cardioprotective benefits.”   In a similar vein (no pun intended), the past president of the American Heart Association, Dr. Gordon Tomaselli, stated that, “side effects are fairly common with beta-blockers, and if there are evidenced-based alternatives, those are better treatment options.”   And finally, Dr. Howard Weintraub of the New York University Center for the Prevention of Cardiovascular Disease stated, “I think they are useful to treat angina, but other medications may be as good and possibly have fewer side effects“.

Do I think you should go off Beta Blockers today?  No!  Never go off any medications without first consulting your doctor.  However, I do think you should be looking for an exit strategy as far as this dangerous and over-hyped class of drug is concerned.  How would you go about going off Beta Blockers?  The same way you would prepare your body to go off virtually any drug (HERE).