does gluten cause problems in those who do not have celiac disease?

GLUTEN SENSITIVITY IN THE NON-CELIAC
TRUTH OR FICTION? 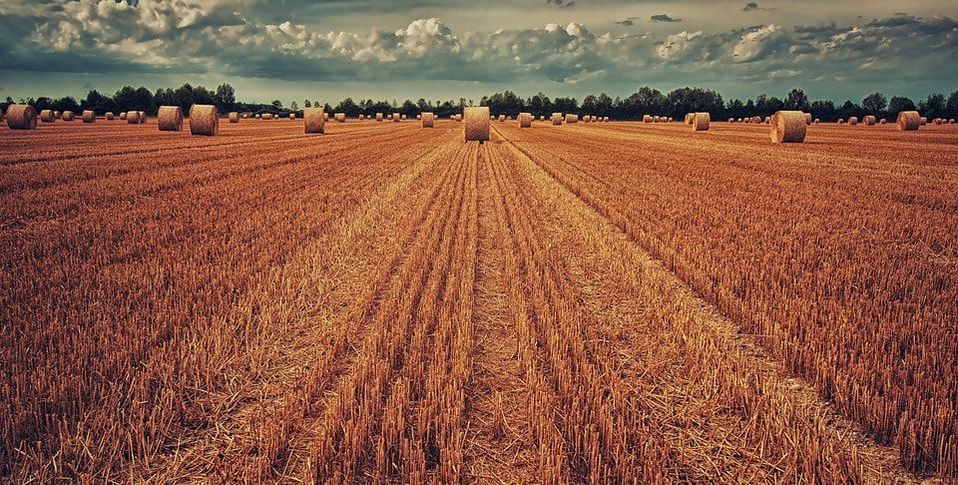 Johannes Plenio – Munich/Germany – Pixabay
Just the other day I had a woman and her grown daughter come in and tell me what a difference it had made for their husband / dad to go Gluten Free.  No idea whether or not he was one of the nearly 90% of the Celiacs who remain undiagnosed (HERE), and not to sound harsh, but I don’t really care.  The point is that whether this man had Celiac Disease or not, getting off GLUTEN made a night-and-day difference not only in his physical capacity and pain levels, but in his intellect and emotions as well — and the difference occurred almost overnight.   To further explain; please understand that in order to be diagnosed as a “Celiac” (an AUTOIMMUNE DISEASE where your body makes antibodies against its own Small Intestine), you must meet very specific diagnostic criteria.  Although the blood tests are certainly getting better, the gold standard has always been that Celiacs have intestinal damage that shows up on biopsy.  The question I wish to propose today is whether or not someone can have health problems related to Gluten, and not meet the criteria that would officially allow a diagnosis of ‘Celiac Disease’?

The reason I am bringing this up is because I have seen a spate of recent articles — many by physicians or researchers with fancy titles and lots and lots of letters behind their names —- telling us that unless you are actually diagnosed with Celiac Disease, your problem has nothing whatsoever to do with Gluten.  In fact, a recent poll of America’s doctors revealed that over half believe this to be true (HERE).  But as we all know, just because the majority rules, does not necessarily mean they are right.  Part of the problem seems to be the way that many experts look at Gluten Sensitivity.

All too many experts see Gluten Sensitivity in terms of gastrointestinal symptoms.  In other words, if you do not have symptoms similar to IBS (i.e. gas, bloating, diarrhea, CONSTIPATION, cramping, etc), then Gluten has nothing to do with your problem(s).  In light of what we already know about the way that Gluten can and does cause neurological problems (HERE & HERE), we need to step back and take another look.  The truth is, for many people, their Gluten Sensitivity is either seemingly symptomless (at least at first — see the previous links) or the symptoms are so far removed from what people (doctors, patients, and parents) think they know about Gluten Sensitivity that they are simply overlooked as “UNRELATED”  (or as a natural symptom of aging or injury — HERE is an example).

Some of the problems being associated with Gluten in the peer-reviewed literature are downright freaky.  For instance, how long have we known that there is an intimate link between FIBROMYALGIA and IBS?  Actually, we’ve known it for a very long time.  But that “anecdotal” evidence recently became “empirical” with a study that was published in a 2013 issue of Arthritis Research & Therapy.  In this study (Remarkable Prevalence of Coeliac Disease in Patients with Irritable Bowel Syndrome plus Fibromyalgia in Comparison with those with Isolated Irritable Bowel Syndrome), we learned that 7% of those struggling with Fibromyalgia also had Celiac, which is far less common that non-Celiac Gluten Sensitivity.  Here are the study’s conclusions.

A recent study in a prominent medical journal shed even more light on this problem.  Listen to the abstract of this study from the April 2014 issue of Rheumatology International.  “Fibromyalgia (FM) syndrome is a disabling clinical condition of unknown cause, and only symptomatic treatment with limited benefit is available. Gluten sensitivity that does not fulfill the diagnostic criteria for celiac disease (CD) is increasingly recognized as a frequent and treatable condition with a wide spectrum of manifestations that overlap with the manifestations of FM, including chronic musculoskeletal pain, asthenia, and irritable bowel syndrome. The aim of this report was to describe 20 selected patients with FM without CD who improved when placed on a gluten-free diet. Clinical response was defined as achieving at least one of the following scenarios: remission of FM pain criteria, return to work, return to normal life, or the discontinuation of opioids.  This observation supports the hypothesis that non-celiac gluten sensitivity may be an underlying cause of FM syndrome.”   In other words, if you have Fibromyalgia or FM-like symptoms and are still eating Gluten, it is likely that you are pouring gas on the fire!

Another of these “crazy” problems that is sometimes associated with Gluten is Schizophrenia (no pun intended).  Although Schizophrenia is not nearly as common as some of the other problems we have discussed in the past as being associated with Gluten, the two have been linked together by the scientific medical community for over 60 years.  After a 1954 article showed that almost 10% of a group with Celiac Disease had Schizophrenia, an article by F.C. Dohan (M.D.) published in the 1966 issue of the American Journal of American Nutrition, further explored the link between Gluten and Schizophrenia.  Listen to the conclusions that were written 48 yeas ago.

And it’s not like there is new information challenging this assertion that Gluten Sensitivity / Celiac Disease is somehow linked to higher incidences of Schizophrenia.   Since that time, studies linking these things together have come out in 1976 (Science), 1984 (Biological Psychiatry) 2006 (Acta Psychiatra Scandinavica), 2010 (Schizophrenia Research), 2011 (Schizophrenia Bulletin), and 2013 (World Journal of Biological Psychiatry) — all of which are peer-reviewed medical journals.  Although there are others, we need to move on to another topic.

I want to look at Gluten and Tinnitus / Vertigo (sometimes referred to as Meneire’s Disease).  Although these two problems are quite different from each other, they are related because both have to do with the inner ear (and many people with one, also have the other).  Read this abstract from the March 2012 issue of The Laryngoscope (a journal for ENT’s).
Now let’s take a couple of minutes to discuss one more common problem that is being heavily associated with Gluten Sensitivity — AUTISM (Autism Spectrum Disorders — ASD).  Google “Gluten Autism” and you’ll get nearly three quarter of a million hits.  This despite the fact that one of the biggest studies ever done on this topic (A Nationwide Study of the Association Between Celiac Disease and the Risk of Autistic Spectrum Disorders) released in last November’s issue of JAMA Psychiatry said that there is, “no association between CD or inflammation and earlier Autism Spectrum Disorders“.  However, in the very same sentence, we read that, “there was a markedly increased risk of ASDs in individuals with normal mucosa but a positive CD serologic test result“.  How markedly is “markedly”?  How about 300%. In other words, although “official” Celiacs were not linked to Autism (which I assure you is blatantly false), individuals with a positive blood test for Gluten were.   And what about some of the other studies?  How do we explain them?

In the March 2012 edition of Nutritional Neuroscience (Effectiveness of the Gluten-Free, Casein-Free Diet for Children Diagnosed with Autism Spectrum Disorder: Based on Parental Report), we find some damning evidence.  Although many will scream that this is not really EVIDENCE-BASED MEDICINE because it is not a double-blinded, placebo-controlled study (it is a survey), the conclusions are difficult to dismiss.  “Overall, diet efficacy among children whose parents reported the presence of GI symptoms, food allergy diagnoses, and suspected food sensitivities included greater improvement in ASD behaviors, physiological symptoms, and social behaviors compared with children whose parents reported none of these symptoms, diagnoses, or sensitivities. Parental report of strict diet implementation, indicated by complete gluten/casein elimination and infrequent diet errors during and outside of parental care, also corresponded to improvement in ASD behaviors, physiological symptoms, and social behaviors.”

And what about this study from PLoS One a year ago this month (Markers of Celiac Disease and Gluten Sensitivity in Children with Autism)?  “Children with autism had significantly higher levels of IgG antibody to gliadin [Gluten] compared with unrelated healthy controls.   A subset of children with autism displays increased immune reactivity to gluten, the mechanism of which appears to be distinct from that in celiac disease. The increased anti-gliadin antibody response and its association with GI symptoms points to a potential mechanism involving immunologic and / or intestinal permeability abnormalities in affected children.”  Stop for a moment.  If you are wondering what these “intestinal permeability abnormalities” in the affected children are, look no further.  Can anyone say “LEAKY GUT SYNDROME“?

Why is this post’s hypothesis true?  In other words, why is non-Celiac Gluten Sensitivity far more common than Celiac Disease?  It’s really quite easy to understand.  For reasons which are not completely clear, once people begin making antibodies against today’s MODERN VARIETIES OF WHEAT and SIMILAR GRAINS (Gluten Cross-Reactors), they begin making antibodies to self (HERE).  This is called AUTOIMMUNITY, and believe me when I tell you that it can be a nightmare (HERE is a list of some of the more common Autoimmune Diseases).   When the tissue being attacked by your own Immune System is in the Small Intestine, we call it “Celiac Disease”.  What, however, do we call it if your Immune System decides to attack any of the tens of thousands of different tissues that are outside of your Small Intestine?  How about Fibromyalgia?  Or THYROID, ALZHEIMER’S, TYPE I DIABETES, PARKINSON’S (many are saying that this is a form of something called “Gluten Ataxia”), DEPRESSION, NEUROPATHY, etc, etc, etc, etc….. (search my site using the words “Gluten Neurological” to see dozens of others)?  In other words, telling someone they have Celiac Disease only means that they are having Gluten Sensitivity in their Small Intestine.

If you or someone you love are dealing with health problems that no one can get a handle on of figure out, I would advise you to read THESE POSTS first.  To learn more about the best way to go GLUTEN FREE, just follow the link.