the high cost of a high carb lifestyle

THE HIGH COST OF A
HIGH CARB LIFESTYLE 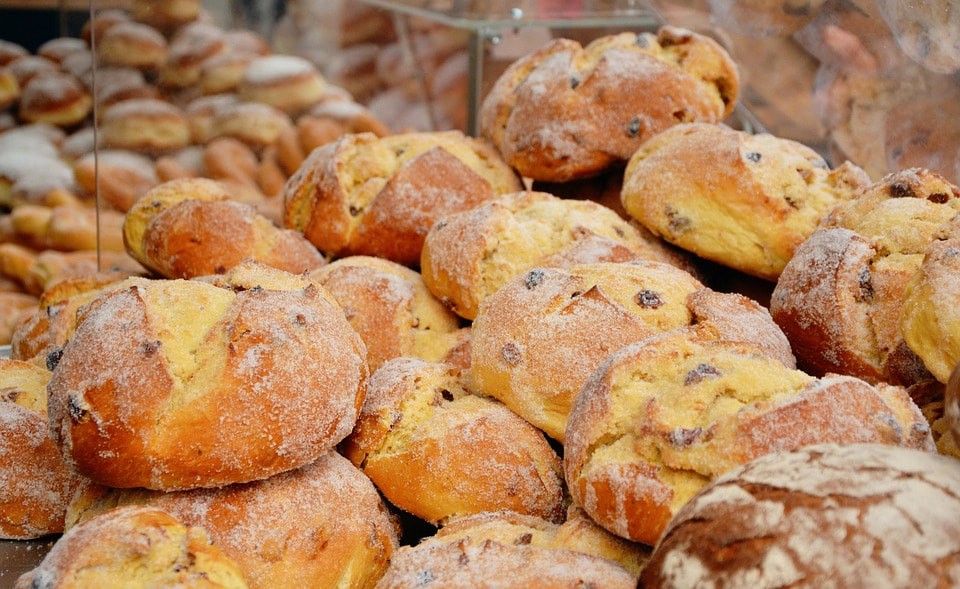 For a very long time I’ve been telling anyone who will listen that virtually all NON-GENETIC health problems (click the link, you’ll see that many of the diseases we’ve been led to believe are genetic are not) begin with BLOOD SUGAR DYSREGULATION — usually brought on by living the “High Carb Lifestyle”.  Not only is our national SUGAR ADDICTION helping fuel this mess, but it actually goes way beyond that. It’s not just about the amount of sugar, but the amount of simple and processed carbohydrates that we are consuming.  If you figure that the average American is eating well over a half pound of sugar every two days, then calculate in the fact that the USDA (a governmental organization whose primary job has nothing whatsoever to do with health or safety, but to promote US Agriculture) is telling us we should be eating as many as 14 servings of carbs / GRAINS a day (THE DASH DIET), you can see where this rolling train wreck is headed.  Add to this things like JUNK FOOD, modern white potatoes, LOW FAT DAIRY, SODA or FRUIT JUICES, and you have the makings of national catastrophe.

The things is, many of us think that since we are not fat, we are getting away with living the “High Carb Lifestyle” (HERE).  Although the numbers of young children who are OBESE is going through the roof (HERE — just yesterday I saw a 16 year old Type II Diabetic), it is still common to see rail-thin children, adolescents, and even young adults, eating horrendous diets and seemingly neither gaining weight nor paying the price as far as their health is concerned.  If you think this lifestyle is going to work out for the long haul, take five minutes to finish this article.  Or just go to your next class reunion and see for yourself.

Your body cannot tolerate high blood sugar for any length of time without some serious consequences.  Insulin is the hormone that helps you move sugar (and other nutrients) out of your blood and into the cells.  Once in the cells, it will either be burned for energy or stored as…. you guessed it — fat.  So you see; it’s not that insulin is bad.  The truth is, insulin is a necessary and vital hormone.  The problem is that when you live the High Carb Lifestyle, you have large amounts of it being perpetually and constantly dumped into your system.  As you might imagine, there are a plethora of physical problems associated with this physiological phenomenon.  Part of it is that Obesity is so intimately linked to Hyperinsulinemia that many experts believe that either one of them can cause the other.  Some of the more common symptoms associated with Hyperinsulinemia include

Believe me when I tell you that this is dangerous territory.  So far your body (chiefly your PANCREAS and ADRENAL GLANDS) is keeping up with your High Carb Lifestyle and managing to keep your blood sugar levels in check — at least on paper.  But pretty soon, you will begin to lose this battle. Follow along to see what happens next should you fail to make some serious lifestyle changes at this point.

As more and more stress is put on your body’s blood regulation systems, they begin to fail.  Please notice that this does not happen all at once. The system will slowly burn itself out trying to keep up with the amount of sugar or high glycemic index carbs being dumped into it.  As this continues, you will begin to see two distinct things take place, either of which could come first in the process.

As you lose your ability to control / regulate your blood sugar, you will see it bounce both up and down.  When the blood sugar levels go up, your body makes insulin to deal with it.  As the body dumps more and more insulin into the system in it’s effort to keep up with regulation, you will sometimes see blood sugar levels plummet below baseline.  This is known as “REACTIVE HYPOGLYCEMIA” and is actually the flip side of the same coin which is just a hop, skip, and jump away from Type II Diabetes.  That’s right.  As strange as it may seem, low blood sugar is a step on the path to Diabetes.

INSULIN RESISTANCE is what we call the condition where your body is still making enough insulin, but is no longer using it effectively or efficiently.  In a similar fashion to the way that an alcoholic requires more and more alcohol to get the same buzz (drunk) they have always gotten, so it is with insulin.   As your body slowly loses the regulation battle, blood sugar levels inch higher and higher.  Naturally, your body both requires and makes increasingly more insulin.  The problem is, when there is so much insulin in the system, your insulin receptors become saturated, blunting its effects.  This means that you have high levels of both blood sugar and insulin in your bloodstream at the same time.

While this is a serious situation, the problem is that if the Insulin Resistant patient’s BLOOD SUGAR levels don’t slide into the range to be officially labeled as a “Diabetic” (or at the very least, “Metabolic Syndrome”), little or nothing is going to be done about it other than your doctor possibly providing some BLOOD SUGAR DRUGS for the symptoms that you will soon be having if you are not having them already.

Once your body starts to “resist” the effects of insulin, it is only a matter of time before the really bad stuff kicks in.  This is a particularly dangerous time in the process because even though some doctors will warn you that you have “pre-Diabetes” (sometimes called “CARDIOMETABOLIC SYNDROME” or “Syndrome X”), many will simply tell you that YOU ARE NOT A DIABETIC and treat whatever symptoms (HIGH BLOOD PRESSURE, HIGH CHOLESTEROL, etc) you might be having — usually without any sound ﻿NUTRITIONAL ADVICE﻿ (HERE also).  I mention these symptoms in particular because they are the hallmarks of pre-Diabetes / Metabolic Syndrome.  In fact, you can tell whether or not you have Metabolic Syndrome by looking at some simple diagnostic criteria.  If you have CENTRAL OBESITY (a fat belly / a BMI over 30) and any two of the following, you’re there already.

Listen to the conclusions of this study (Prevalence and Trends of Metabolic Syndrome in the Adult U.S. Population, 1999–2010) from last August’s issue of the Journal of the American College of Cardiology. “The increasing prevalence of abdominal obesity, particularly among female adults, highlights the urgency of addressing abdominal obesity as a healthcare priority.”   I have been warning people (particularly men, women, and children) for well over a decade about the numerous problems associated with ABDOMINAL OBESITY.  Because Obesity is considered (as is Diabetes) to be an “INFLAMMATORY” problem, most doctors will tell you that either one causes the other since they are so intimately related to each other.

One of the most fascinating things that I have noticed about people with Type II Diabetes in recent years, is that even when they trade in their High Carb Lifestyle for a LOW CARB LIFESTYLE, although the majority lose weight rapidly (HERE), some have trouble.  And for many others, even though they lose the weight, they cannot seem to get their blood sugar regulated back to normal without medication — even though they might be considered downright SKINNY.  This is because when you get down to brass tacks, Diabetes is not really a “blood sugar” problem as much as it is one of the numerous CHRONIC INFLAMMATORY DEGENERATIVE DISEASES.  This means that for most of you, sugar is probably your biggest source of inflammation (HERE).  However, some of you will have to figure out the source of your INFLAMMATION and squelch it.  I’ll show you how momentarily. 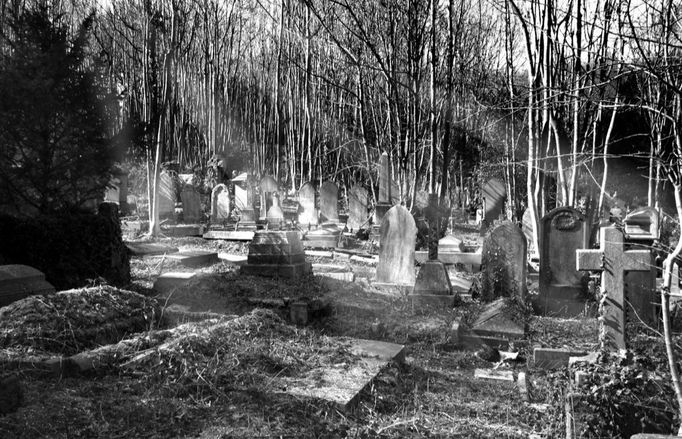 Ben Salter
Considering that over half the adult population here in America is dealing with either Metabolic Syndrome or full-blown Diabetes, this final category makes it easy to see why as many as 300,000 people a year have the word “Diabetes” listed somewhere on their death certificate.  The truth is, your body can only handle so much Blood Sugar Dysregulation before your cells begin to die off in massive numbers.  When this happens, death is whispering in your ear.

According to the Honor Society of Nursing, “nearly 25 percent of the adult population in the United States suffers from metabolic syndrome X. Of the adult population, roughly 40 percent of people over 50 have metabolic syndrome X.“  The truth is, their numbers are way too low (HERE).  Add to this the nearly 30 million Americans with Type II Diabetes (a nearly 20% increase over 2010 — at a cost of over half a trillion dollars), and you’ll begin to wonder why Diabetes is only the 7th leading cause of death in the US and not at the very top (probably because Blood Sugar Dysregulation is the #1 factor in our nation’s leading causes of death, including HEART DISEASE, CANCER and most INFECTIOUS DISEASES).

Rest assured, the longer you live the High Carb Lifestyle, the more it is going to cost you, the more years you are taking off your life, and the less quality your remaining years will contain.  And if you do manage to live to a ripe old age, odds are that you will be physically miserable (HERE).  If you are truly interested in making a change, I have something for you to read (HERE).  And the crazy thing is, it’s not even that hard —- and usually preferable to being six feet under.

Dr. Schierling is licensed chiropractor and world-renowned for intervention with persistent chronic pain. Dr. Schierling focuses on a holistic approach to helping end his patients’ chronic pain that includes Scar Tissue Remodeling Therapy.
All Posts »
PrevPreviousdoes gluten cause problems in those who do not have celiac disease?
Nextmore on the straight neck and reverse cervical curveNext