does spanking really lead to health problems later in life? 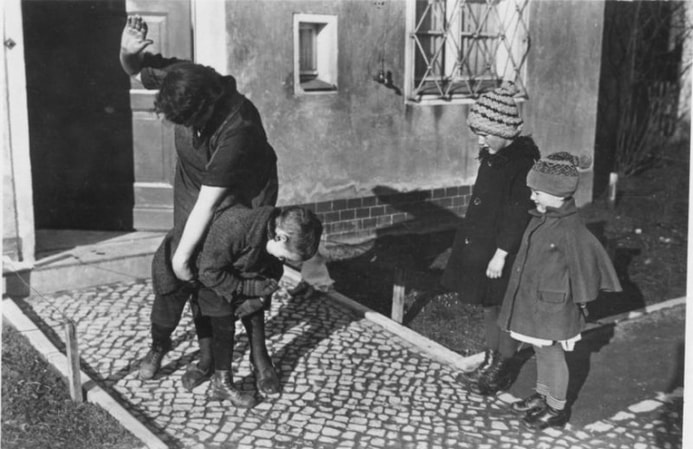 DOES IT REALLY CAUSE HEALTH PROBLEMS LATER IN LIFE?

When I was a kid, there was little debate on the issue of corporal punishment.  If you failed to toe the line, you got spanked — period.  It was that simple.  My dad, a school principal, kept his paddle (The Board of Education) hanging on the wall behind his desk.  It was the size of a small canoe paddle and had dozens of holes drilled in it.  Just looking at that paddle could put the fear of God into a kid.  Needless to say, I couldn’t really say how many times I was spanked growing up, but it was a bunch.  Fast forward to 2013.

There has been a steadily growing outcry against spanking over the course of the past several decades.  I am not sure that I know any government schools that allow spanking today for fear of a lawsuit.  But ask the average public school teacher why our schools are all too often more like the Wild West than a classroom, and you’ll quickly realize that they have been neutered as far as their ability to administer effective punishment is concerned.  Spanking is not only being associated with child abuse, it is now being cited as a causal factor in developing heart disease, arthritis, and obesity.

According to research from Dr. Tracie Afifi of the University of Manitoba in Canada, children who receive “harsh physical punishment” were nearly 25% more likely to be OBESE, 35% more likely to develop ARTHRITIS, and significantly more likely to end up with heart disease than those who were not punished in a physically harsh manner.  And it was just a year ago that her research tied corporal punishment to DEPRESSION, mental illness, and addictions to things like drugs, alcohol, and gambling.  The conclusions of Dr Afifi’s study, as reported by the latest issue of the journal Pediatrics (Harsh Physical Punishment in Childhood and Adult Physical Health) are as follows.

I have some issues with Dr. Afifi’s research as well as the way that it is erroneously being portrayed in the media.  Firstly, if you simply look around you and compare things in America today to the way things were 50, 60, or 100 years ago, what do you see?  You see that despite the fact that everyone used to get spanked as kids, there was far less obesity, heart disease, mental illness, arthritis, and depression than you find today. And ask anyone who was alive back then; the average child behaved far better than than they do today.   Secondly, I would say that spanking is an entirely different animal than the things she specifically defines as “harsh physical punishment” (pushing, grabbing, shoving, slapping, and hitting).  In fact, these things probably could / should fall under the category of “Child Maltreatment” she talks about in her conclusion above.  The headlines of local news outlets are not helping things by using the word “spanking” in their headlines, and erroneously associating it with child abuse.  Although many will disagree with me, when done properly, spanking is quite different than any of the forms of punishment found on her list.

By the way, although I have not read it yet (I have read excerpts and articles about it), the same issue of Pediatrics contains an opposing editorial by Dr. Rachel Berger of the Children’s Hospital of Pittsburgh of the University of Pittsburgh Medical Center, and Dr. Adam Zolotor of the the University of North Carolina School of Medicine.  They believe that her conclusions are “lacking“.