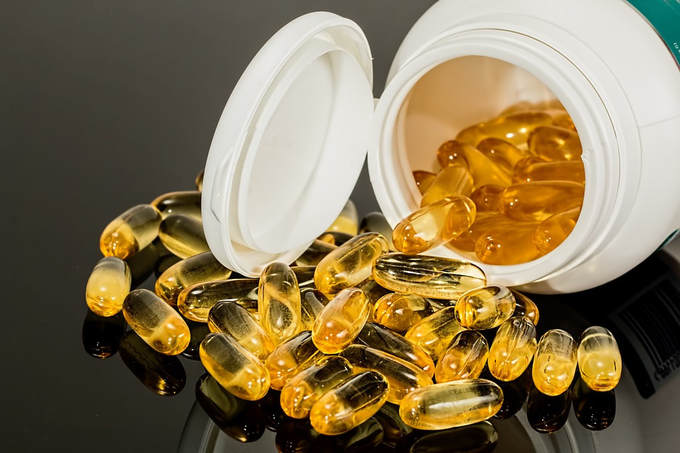 Steve Buissinne – Sedgefield/South Africa – from Pixabay
The July 10 issue of the Seattle Times ran a headline that stated, “Men might want to shun fish oils, study shows.”  This ‘link’ between Omega-3’s and Prostate Cancer is nothing new.  Then again, neither is the attitude seen by Dr. Kristal above — that nutritional supplements and / or healthy diets are actually dangerous (HERE and HERE).  In fact, this is the attitude that leads the medical / pharmaceutical industries to continually push for laws to make nutritional supplements “Prescription Only”.  But like I have always said, follow the money. But I regress. The study concluded that, “males with high blood concentrations of omega-3 fatty acids are at a higher risk of developing prostate cancer“.  Before we buy this statement as the truth, the whole truth, and nothing but the truth, lets dig a little deeper.

Back in 2011, a study was published by (yes, you guessed it) the Fred Hutchinson Cancer Research Center of Seattle, Washington.  The study talked about the link between aggressive Prostate Cancer and Fish Oil / Omega-3’s.  Interestingly enough, that particular study showed not only that Omega-3’s were tied to increased levels of Prostate Cancer, but that TRANS FATS were supposedly protective against Prostate Cancer.  If you understand anything at all about the Immune System chemicals that we collectively refer to as INFLAMMATION and their relationship to both Trans Fats and CANCER, you are already sensing that something might be rotten in Denmark.

All of this begs the question about previous research on Omega-3’s and Fish Oil Supplements.  Are decades of previous research wrong?  Are Omega-3 Fatty Acids just a bunch of hype?  What is the truth?  As always, I recommend that you do your own research and never take anything that any physician tell you (self included) as factual without first checking it out for yourself.  Question everything you read or hear and you’ll wind up healthier (and wealthier) for it!

A CLOSER LOOK AT THE RESEARCH

One of the “fishiest” (yes; the pun was intended) things about this study is that it overrides a number of studies from around the world showing the exact opposite —- that higher levels of EPA and DHA (the active ingredients of Fish Oil) have consistently been shown to reduce Prostate Cancer.

When you add it all up, what does all of this prove?  I’m not quite sure other than it seems like Omega-3’s are only related to Prostate Cancer if you are from the good ole USA.   So; in light of what we know about the Cancer / Inflammation relationship, what could possibly be the mechanism via which Omega-3’s are ‘causing‘ Prostate Cancer?  Hang on to your hats because this is where things start to get interesting.

Could there be something else other than consuming fish or taking Fish Oil Supplements that raises blood serum levels of Omega-3 Fatty Acids?  It turns out there is.  And this one throws a monkey wrench in the machine, so to speak.  It turns out that low fat diets also raise levels of Omega-3’s in the blood.  In February of 2001, the Journal of Nutrition (a peer-reviewed scientific journal) published a study called, “Total Fat Intake Modifies Plasma Fatty Acid Composition in Humans“.   The study’s conclusions?  “The [various Omega-3’s] levels were all significantly increased in subjects when they consumed the low fat diet compared to consumption of the high fat diet.“.  What does this really mean? Let’s take a quick look at a couple of different possibilities that prove Omega-3’s might not be the menace that Dr. Kristal and his team are making them out to be.

What do studies like this recent one really prove?  They prove that poor quality Fish Oil Supplements that contain copious amounts of potentially rancid oils, and likely contaminated with known carcinogens such as PCB’s, dioxins, MERCURY and other heavy metals; may cause cancer —- just as you might expect they would.  I find it exceedingly hard to believe that in lieu of nearly two decades of research on Omega-3 Fatty Acids from around the world showing that fish or high quality Fish Oil Supplements are actually protective against Prostate Cancer, we now have to watch out for them because they actually cause it.  As always, do your own research and make an educated decision regarding this topic.

For more information on Pharmaceutical Grade Fish Oil, including hundreds upon hundreds of studies from the peer-reviewed scientific literature, just visit THIS SITE.