does your doctor seem rushed?

WHY CAN’T YOUR DOCTOR SPEND MORE TIME WITH YOU? 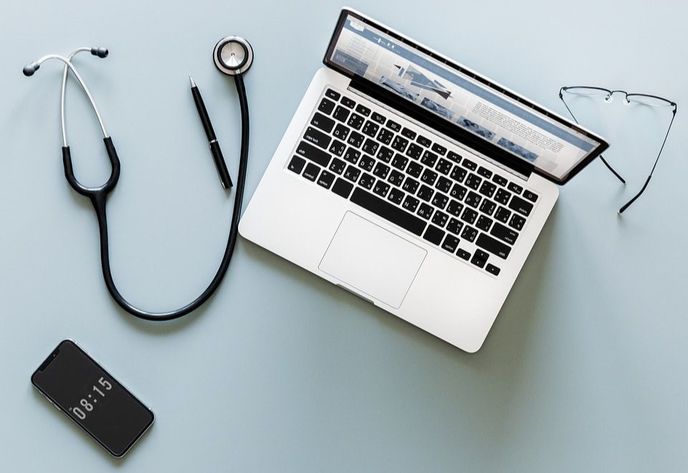 Remember a couple of weeks ago when I showed you that lack of real relationship with your doctor is one of the many reasons that people are not responding and healing as well as they used to (HERE)?  Thanks to increasing amounts of government regulation / intrusion, today’s doctors are spending twice as much time charting as they are with patients. To put it a different way.  In an eight hour day, this means that the average physician is spending 160 total minutes with patients (2 hours and forty minutes) and 320 minutes (nearly 5 and a half hours) typing and clicking their collective mouses so that they meet the absurd criteria set forth by government and touted by private health insurances.  But the problem is actually worse than it appears.

A study published in the September issue of the Annals of Internal Medicine (Allocation of Physician Time in Ambulatory Practice: A Time and Motion Study in 4 Specialties) stated that, “During the office day, physicians spent 27.0% of their total time on direct clinical face time with patients.”  This means that in an eight hour day, the average doctor is actually spending just 130 minutes — slightly over two hours — with their patients.  While it’s OK to be upset about the brief amount of time your doctor is spending with you, don’t blame them for this fiasco.  You can thank the bureaucrats, politicians, and “experts” who brought us to this point. The problem is, it’s even worse than this.

Many doctors are seeing patients during the day and then charting at home in the evenings.  I have personally talked to docs who do this to the tune of two or more hours a day.  In fact, the authors of this study concluded that, “Outside of office hours, physicians spend another 1 to 2 hours of personal time each night doing additional computer and other clerical work.”  You wonder why doctors have such high rates of burnout and suicide?  Wonder no more.  And none of this is new information.  It was just two short years ago that I showed you a study touting almost identical results (HERE).  The main difference was that the previous study said doctors were spending 28% of their time with patients instead of the 27% seen in today’s study.  Sheesh!

Our government loves statistics.  The more they know about you, the easier it is for them to find ways to control you.  Although much of this is subtle and seemingly normal (Mrs. Jones; why haven’t you gotten your FLU SHOT this year?), some of it is downright intrusive (Mr. Johnson; do you keep any guns in the house?).  My best advice to you is to do what you can to stay away from doctors (HERE’S THE PROOF).  Remember that all of this personal data is being collected in the name of EVIDENCE-BASED MEDICINE, but as I’ve shown you time and time again, little of it can be trusted, and what can will probably be used for ULTERIOR MOTIVES.

Interested in getting healthy and staying that way?  HERE is a good starting point for most of you.  And if you are interested, feel free to browse our FACEBOOK PAGE.

Dr. Schierling is licensed chiropractor and world-renowned for intervention with persistent chronic pain. Dr. Schierling focuses on a holistic approach to helping end his patients’ chronic pain that includes Scar Tissue Remodeling Therapy.
All Posts »
PrevPreviousdegenerative osteoarthritis and the relationship between what you see (or don’t see) on x-rays or mri, to pain
Nextlifetime exposure to concrete, asphalt, steel, and other hard surfacesNext