lifetime exposure to concrete, asphalt, steel, and other hard surfaces

LIFETIME EXPOSURE TO CONCRETE
AND OTHER HARD SURFACES 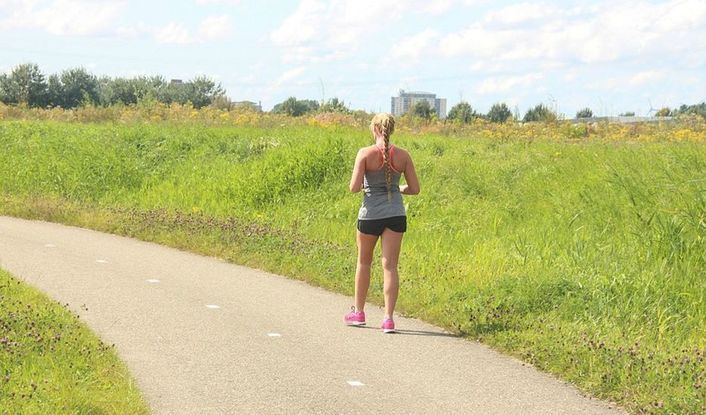 Peter van der Sluijs
Spending boyhood summers on my grandfather’s farm in Inman, Kansas, I had the opportunity to see the effects of concrete on the human body.  If we were out working in the shop (a cavernous building that housed farm equipment and the welding / tool area) I would take every chance I could to shoot baskets.  My grandfather would sometimes complain how the concrete bothered his hips, and he would sit down or go out and walk around the yard, while I continued to shoot.   I didn’t “get it”.  But at 14 or 15 years old, who would?  In my mind, the concrete floor provided the perfect surface for hooping it up.  Rapidly approaching 50, I GET IT NOW.

My first clinic here in Mountain View (we moved to our CURRENT LOCATION in 1996), was the old Liberty Bell building, across from Gas Plus and catty corner from Veteran’s Park.  The floor was concrete, with a thin layer (very thin layer) of cheap outdoor carpeting glued directly to the concrete floor.   I spent four years there, and despite being 25 years old when I started seeing patients at that location, I figured out real quick that I did not want to spend the rest of my life working on concrete.

My current clinic has a basement underneath, which means I do not have to work on concrete.  My floors are all Missouri hardwood (oak) that was manufactured right here in MV.  The result is that it is much easier on my bones and joints.  But what about some of you?  I know people who live in houses with concrete floors.  They work on concrete (or other hard surfaces such as steel).  They go to church on concrete.  They send their children to school on concrete.  And some even exercise (run or walk) on concrete.  If you are one of those who is spending lots of time on concrete, you should be asking yourself what you could do to make things easier for yourself as you get older.

Like many other things (sun over-exposure for instance), the effects of concrete are accumulative.  The problem is that most of us will never see these effects until said problem jumps up and bites you.   As far as the particular problems that can be caused (or at the very least, exacerbated) by spending time on concrete, and particularly running or exercising on concrete, include PLANTAR FASCIITIS, OSGOOD SCHLATTERS, ILLIOTIBIAL BAND SYNDRROME, various kinds of TENDINOSIS (KNEE, ACHILES, POSTERIOR TIBIALIS, etc), hip or knee BURSITIS, PATELLO-FEMORAL SYNDROME (aka Patellar Tracking Syndrome), CHRONIC MUSCLE STRAINS, SHIN SPLINTS, as well as an array of problems associated with DEGENERATIVE ARTHRITIS / DEGENERATIVE DISCS.  And that’s just for starters.  There are many people who simply hurt if they have to spend any real time on concrete.

What steps can be taken to minimize the effects of concrete on your body?  There are many, and most are easy, inexpensive, and common sense.