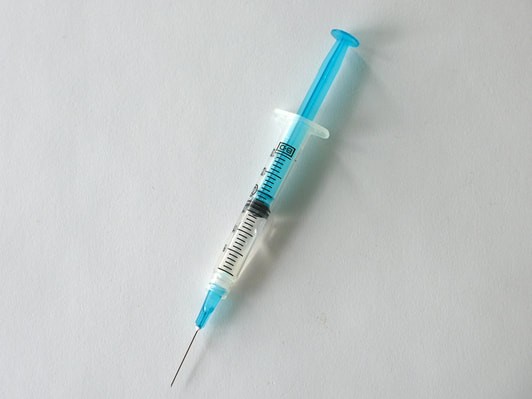 Although your doctor will not provide you with this critical information, it is important to realize that childhood vaccines are being associated with, among other things (like AUTISM), an increased incidence of ear infections.  Dr. Michael Odent (MD) wrote a letter to the editor of JAMA (Journal of the American Medical Association) 20 years ago (1994).   His research figures showed a five times higher rate of asthma in pertussis immunized children compared to non-immunized children (ASTHMA  ALSO HEAVILY LINKED TO POOR FLORA AND ANTIBIOTIC USE).

Dr. Odent is also quoted in the International Vaccination Newsletter (Sept. 1994) as saying: “Immunized children have more ear infections and spend more days in hospital.” This is not what the medical community hoped to hear from one of their own.   However, neither is it really anything new.  If you look at THIS STUDY published in the December 1987 issue of The Journal of Autism Development Disorders, you will see that doctors have known for a quarter century that vaccines cause higher rates of EAR INFECTIONS (Regardless of what the medical profession is saying, there is a definite link between childhood vaccinations and AUTISM; and autism and decreased immune system function & ear infections).

A 2004 STUDY done in Africa (the first ever of its kind) compared overall death rates of vaccinated children with unvaccinated children, and showed not only did vaccinations not decrease the death rate as was expected, it actually increased it four times, when on a normal vaccination schedule!  Although this explosive study was buried to the degree it could be (A COMMON PRACTICE), it has recently resurfaced in the form of a BBC Documentary.   However, this is not the focus of today’s blog.

ANTI-EAR INFECTION VACCINATIONS
There are actually vaccines that are marketed for the specific purpose of preventing ear infections.

We need to ask a couple of questions first.  Do these vaccines actually work, and are they safe?  Of course the FDA tells us they are safe.  However, the FDA the same group that brought us HIGH FRUCTOSE CORN SYRUP, MSG, and Thalidomide!  Can we trust them?   Suuuuuure we can.  Not!

Since Prevnar (a pneumonia vaccine that is being touted as a preventative for ear infections) was given the “thumbs up” by the FDA in 2000, there have been a wide array of problems associated with its use.  If we look at data from VAERS  (Vaccine Adverse Events Reporting System), we see nearly 30,000 “Adverse Events” (Be aware that dozens of studies confirm (HERE) that at best, only about 1 in 20 Adverse Events are ever reported).  These “events” included:

Some of the more “interesting” facts about Prevnar concern things like…….

SO, IF PREVNAR IS SO DANGEROUS, HOW DID IT GET APPROVED IN THE FIRST PLACE?
The first thing you have to understand is that studies (especially vaccine studies that do not require a true “control group“) can be set up in such ways as to prove anything you want.  If the methodology is poor, the results cannot be trusted.  One such study (the main study on Prevnar safety) was the Northern California Kaiser Permanente Prevnar Efficacy Trial conducted from October 1995 through August, 1998. The study involved 37,816 infants who received either the Prevnar vaccine or a “Control Vaccine” at two, four, six and 12-15 months of age.

In this study; of the 17,066 subjects who received at least one dose of the Prevnar vaccine, the researchers recorded:

Does any of this really matter?  Not if you are a drug manufacturer who is interested in nothing but your bottom line (HERE).   On Thursday, November 17, 2011, the FDA voted to extend pneumonia vaccine to adults (remember, Prevnar is a pneumonia vaccine that is marketed for ear infections in children.

DOES PREVNAR PREVENT EAR INFECTIONS, OR DOES IT ACTUALLY CAUSE EAR INFECTIONS?
I have touched on some of this research already.  But rather than me answer this question for you, I will let someone smarter than I do it (HERE).