gluten and alzheimer’s;  is there a link? 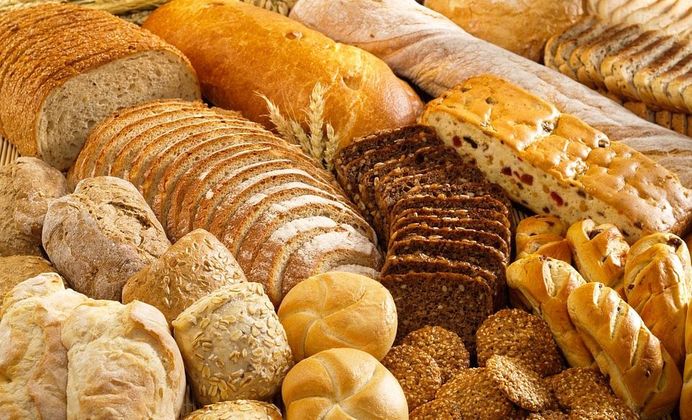 Marco Aurelio – Nova Iguaçu/Brasil
Neurological Diseases are ravaging our nation.  In fact, One of the most common is ALZHEIMER’S DEMENTIA, for which there is no cure (the drugs for treating Alzheimer’s are for the most part pathetically ineffective and loaded with serious side effects).  Approximately five and a half million Americans are stricken with this disease, which is expected to double in numbers in the next fifteen years.  One year ago this month, the RAND Corporation, in a study published in the New England Journal of Medicine, concluded that, “the total monetary cost of dementia in 2010 was between $157 billion and $215 billion. Medicare paid approximately $11 billion of this cost.”  And now we can add Alzheimer’s to the list of neurological diseases being linked to Gluten — a protein found in wheat and similar grains. If you have been following my articles concerning the NEUROLOGICAL EFFECTS OF GLUTEN (Part II is HERE) you aren’t surprised.  This small bit of information gives us warrant to at least look into the potential benefits of a “LOW CARB” or more specifically, a PALEO TYPE of diet.

The benefits of “Low Carb” are really nothing new.  Not only was cardiologist Dr. Robert Atkins talking about the numerous health problems associated with processed carbs, grains, and sugar back in the early 1970’s (1972’s The Atkins Diet Revolution), there were many before him preaching the same message.  DR ROYAL LEE and others were warning people about the dangers of processed grains clear back in the 1920’s.  There were several early nutritional pioneers who understood that the modern milling process leached virtually all the nutrients from grains, leaving nothing but empty carbohydrates.  In fact, in one of his newsletters, Dr. Lee wrote that, “The vitamin of flour is lost as soon as its oils becomes rancid, a change that occurs in a few days after the milling of the grain unless the flour is refrigerated“.

We are being duped to think that the products we are purchasing and consuming under the auspices of “Whole Grain” are wholesome and healthy.   The fact is, we live in a society whose way of eating is based largely on processed grains.  On top of that, our government is telling us we should consume up to 14 servings of grain a day (HERE), while the majority of the sugar comes from grain as well (HFCS).  The truth is, it is difficult to avoid grains in our society.   But it is increasingly looking like this might be a necessary step in avoiding CHRONIC INFLAMMATORY DISEASES as well as a host of Neurological Diseases such as PARKINSON’S, EPILEPSY, MULTIPLE SCLEROSIS, HASHIMOTO’S THYROIDITIS, NEUROPATHY, and numerous AUTOIMMUNE DISORDERS.

Most recently, Dr. David Perlmutter stirred the pot with the publication of “Grain Brain” late last year.  Just understand that his is not a new message.  Having attended numerous seminars that were put on by a number of FUNCTIONAL NEUROLOGISTS, I began hearing this message years ago.  It seems, however, that Dr. Perlmutter is being blasted by any number of people within the scientific community for not being, well…. ‘scientific‘.  Many claim that the research he uses to prove his points does nothing of the sort — particularly when it comes to linking GLUTEN to ALZHEIMER’S DISEASE.

Who is correct in this argument? The studies are all there for everyone to look at.   All I can tell you is that person after person who makes the commitment to go GLUTEN FREE sees substantial changes not only in their GUT HEALTH (LEAKY GUT SYNDROME), but in their neurological systems as well.  This should not be a surprise considering what we already know about the NEUROLOGICAL EFFECTS OF GLUTEN and the fact that most (80%) of one’s Immune System is found in the Gut (HERE).  Let’s play the devil’s advocate though, and say that Gluten has nothing whatsoever to do with Alzheimer’s.  It’s almost a moot point.  Why?  Because we know beyond the shadow of a doubt that HIGH GLYCEMIC INDEX CARBOHYDRATES (such as those found in grains) do cause / contribute to Alzheimer’s Disease (HERE) simply because they contribute to UNCONTROLLED BLOOD SUGAR and INSULIN RESISTANCE.  Believe whomever you wish, but if the doubters are wrong, and non-celiac’s with Gluten Sensitivity are creating AUTOIMMUNE RESPONSES against their own brains; the results will be disastrous (see Dr. Hadjivassilou’s 12 year old quote from the very top of the page).

I guess you could always look at the bright side.  If you do get Alzheimer’s, it will probably only be a short mater of time until you are unaware of the fact.  Trust me on this one.  I never see people who cut sugar and crappy, processed carbs from their diets who feel worse after doing so.  Furthermore, the leap from Low Carb to Gluten Free is a small one.  If you value your brain, take the plunge.