WHY ALL THE RECENT
HYPE ABOUT GLUTEN? 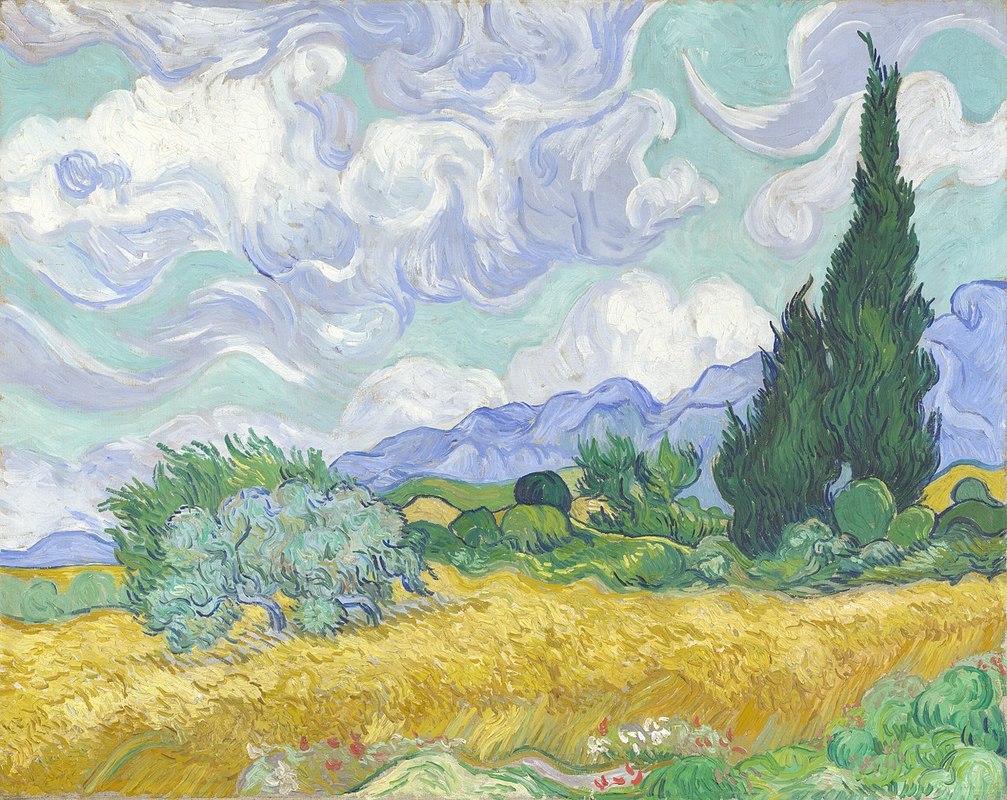 It’s a legitimate question.  Why?  Why is it that a one-time Kansas wheat farmer is sitting here and trying to explain why Gluten Sensitivity currently affects an estimated 1/2 of the American population — maybe more?  Why now?  How come all of a sudden, “Gluten Free” seems to be the hottest thing going?  It is obviously not JUST A FAD — we saw that from reading YESTERDAY’S COLUMN?  The truth of the matter is that no one really knows with 100% certainty.  There are lots and lots of theories, but no one is sure why Gluten Intolerance has become such an American / European Epidemic —- they are only sure that it has become an epidemic.  Here is a list of the best theories that I have come across thus far.

-GENETIC CONSIDERATIONS:
While genetics play a definite roll in Celiac Disease, I personally do not believe that they can explain the exponential increase in Gluten Sensitivity.  For those who want to play the ‘genetics card’ with all of your problems (you know, blame mom, dad, grandpa, and uncle Johnny for all your health issues), you need to have a firm grasp on EPIGENETICS.

-GMO:
GMO stands for Genetically Modified Organism.  This is a logical choice in light of the fact that virtually 100% of America’s corn and soybeans are GMO.  The problem with this explanation is that no wheat is currently GMO (at least not yet — they’re working on it).  However, all of the gluten-containing grains are bred (hybridized) for high protein (Gluten) content, which is highly valued by the food industry.  This extra gluten is then used in a wide variety of products (food and otherwise) —- products you would never suspect as containing gluten (tomorrow’s blog).  Today’s wheat varieties contain far more gluten than they did even a generation or two ago, and exponentially more than the heirloom varieties brought over from Germany, Russia, and other European nations nearly two centuries ago.

At a recent seminar, the instructor talked about a yet-to-be-published Australian study.  The authors claim that there are 6 proteins in wheat that did not exist a mere 20 years ago.  This might not seem like a big deal, but it is foreign proteins that cause your body to react in the form of Allergies or Sensitivities (when it comes to GLUTEN, the later can be far worse than the former).

-ANTIBIOTICS, ENVIRONMENTAL FACTORS, & DYSBIOSIS:
If you have followed any of my E-NEWSLETTERS, you know what DYSBIOSIS is.  It is the conquest of the “gut” by bad bacteria —- always starting with antibiotics.  Yes; the dirty little secret of the medical community is that even a single round of ANTIBIOTICS can get this ball rolling as far as destroying your gut health is concerned.  However, SUGAR or CONSUMING TOO MANY STARCHY CARBS, alcohol, DRUGS (pushed or prescribed), environmental toxins (chemicals), XENOHORMONES, chronic viral infections, and other allergens / sensitivities, all contribute to imbalanced intestinal flora which can lead to gluten-intolerance (you will really see this in Part IV).  There are scores of recent studies linking Dysbiosis in early childhood to both Gluten Intolerance and Autoimmune Disease — two sides of the same coin (again, stay tuned for Friday’s blog — it’s a shocker!).

-THE FOOD PYRAMID & EXPLOSION OF GRAIN-BASED CARBS:
The Food Pyramid has been promoted since 1988 —- the year it was created.  Interestingly enough, even though it took the medical community about two decades to grasp the fact that this information was 180 degrees opposite of the truth, it was originally called the Diabetes Food Pyramid because was touted as a dietary “cure” for Type II Diabetes.  We have seen in previous blog articles that the medical community continues to resist current research on this matter (HERE).  A high grain diet will not only cause you to gain weight in similar fashion to a corn-fed beef, but an FDA-recommended 8-11 servings of grains per day will actually cause diabetes — the very thing the diet is supposed to prevent!  To understand why, you need to understand the relationship between grain and insulin (HERE).  The fat-free 90’s heavily contributed to both OBESITY and Gluten Sensitivity (not to mention a whole host of endocrine problems), by convincing people that dietary fat is what causes people to get fat — if a food did not contain fat, it could not make you fat — a myth still being promoted by much of the medical community a quarter century later.  Americans have not eaten their good fats, and over-consumed trans fats and starch.  A bad combination (unless you are a food manufacturer, a pharmaceutical company, a heart surgeon, or a hospital)!

-NOT ENOUGH FERMENTED GRAINS:
No, I am not really talking about beer here!  In years gone by, much of the bread that people ate was sourdough.  What is sourdough bread?  It is bread in which the ingredients have been “soured” (fermented).  This process “neutralizes” gluten as far as your body’s propensity to see it as a foreign invader.  The internet is full of articles on sourdough bread being “Gluten Free” (the souring process supposedly neutralizes the wheat protein or Gluten).   Be aware that for people who are truly Gluten Sensitive, this is not an alternative you can safely consume (HERE).

-NOT ENOUGH SPROUTED GRAINS:
What do I mean by sprouted grains?  Sprouted grains actually change their composition from a starch to a more nutritious and digestible vegetable.  Vegetables are the easiest-to-digest foods because they are broken down by vegetable enzymes, not pancreatic enzymes which are less abundant in most people’s digestive systems. The sprouting conversion happens when the sprout pierces the shell of the grain. Once this process is complete, the body can digest the sprouted grains as a vegetable. Picture a grass seed that has begun to sprout into grass coming alive as a vegetable. The sprouted grass seed is then dried and milled into flour.  Back in the days of “shocks” of wheat sitting in the fields, there was more time for the sprouting process to begin.  Not to mention, barns and storage facilities were not humidity-controlled like they are today. In other words, by the time people got their flour, much of the grain had at least begun the sprouting process —- a process that dramatically lowers gluten content.

-POOR CHOICES WITH BABIES:
Even though the American Academy of Pediatricians recommends that babies be exclusively BREAST FED for at least six months (and continue breast feeding until at least one year of age), the rates here in America are just under 12%, and not quite 20% respectively.  As you can imagine, go back 100 years ago and these numbers were higher —- much higher.  Not only that, but women were frequently breastfeeding their children until they were 18 months or older.  Grains were not routinely introduced into the diet until children were older and their digestive tracts better adapted to handle them.  Today, all sorts of terribly unhealthy baby formulas are being introduced at an early age, as well as grains / sugars —– often times in mass quantities.  There is also a great deal of research concerning the ways that childhood vaccinations can disrupt normal gut flora as well as causing numerous neurologically INFLAMMATORY health problems (ADD / ADHD / Autism / etc).

-POOR DIETS IN GENERAL:
Diets low in WHOLE FOOD NUTRITION interfere with the body’s ability to suppress immune cells that might be inclined to attack proteins that do not need to be attacked. For example, the body uses TGF-beta to suppress immune system cells that have a tendency to attack gluten.  This suppression is increased by consuming whole food vitamin A.  A diet low in vitamin A (beets, liver, carrots, etc) can dampen the body’s ability to keep its immune system from attacking harmless proteins — i.e. gluten.

-POOR TESTING PROCEDURES:
As we said in yesterday’s column, the gold standard for diagnosing Celiac Disease is intestinal biopsy.   However, Dr. Peter Green, Professor of Clinical Medicine for the College of Physicians and Surgeons at Columbia University studied all 10 million subscribers to CIGNA Health Insurance, and found that only one percent of those with the problem were actually diagnosed.  This is far worse than the 1 in 45 that I have previously mentioned.  And until recently, there was no valid Gluten Sensitivity Testing.  This means that almost 100% of the estimated 150 million Americans with either full blown Celiac Disease or NON-CELIAC GLUTEN SENSITIVITY (which is often just as bad or worse) are walking around without any idea of what is really causing their health problems.  All that they know is that they are sick, and feel crappy all the time!

-LONG TERM STORAGE & RANCIDITY:
There are many who believe that much of the problems we are running into have to do with storage and subsequent rancidity.  Although it is true that wheat was found in an ancient Egyptian tomb, this wheat was not good to eat.  In fact, after researching this subject, I found that the maximum suggested storage time for grains to be between 6 months and two years.  The oil is removed in the refining process because it is the first thing to go bad.  Removing it gives a longer shelf life —- and just about zero nutritional value.  On top of this, I can tell you from experience that grain is stored with all sorts of pesticides, anti-fungals, and who-knows-what else!  All of this increases the potential for developing Gluten Sensitivity.

-VACCINATIONS:
Yes, I realize that this one is controversial — what’s new?  When you look at what happens in the bodies of children with vaccine reactions, the problems seem to cluster around two areas —- the Nervous System and The Gut.  There is evidence that certain vaccines (particularly the MMR) changes the makeup of the gut’s normal bacterial flora.  Instead of good flora, children end up with more bad flora (not to mention GMO measles virus) living in their guts.  This is certainly a big deal because 80% of your immune system lives in your gut.  One thing that I can assure you is that virtually 100% of those with AUTISM, ADD / ADHD, or other health problems that have been linked to VACCINATIONS, will be Gluten Intolerant.

-EVOLUTION:
I had to add this because you’ll see it listed.  The scientists who tout evolution, claim that Gluten Sensitivity has come about because grains were introduced only 10,000 years ago —- not enough evolutionary time for the digestive system to adapt to be able to break them down.  The problem with touting evolution for anything is that there is just not any real scientific evidence to back it up (HERE).

-THE BOTTOM LINE:
Regardless of what factors are combining to cause this epidemic of Gluten Intolerance, it is inarguable that Americans are consuming far more grain-based products than is healthy —- gluten aside.  As a nation, we have a propensity for junk food, and most junk foods are a combination of White Flour, Refined Sugar, TRANS FATS, MSG, Additives, Preservatives, and a wide variety of CHEMICALS.  Tomorrow’s blog (Part III) will show you some of the foods that contain hidden gluten.