government backs continued use of mercury in vaccines 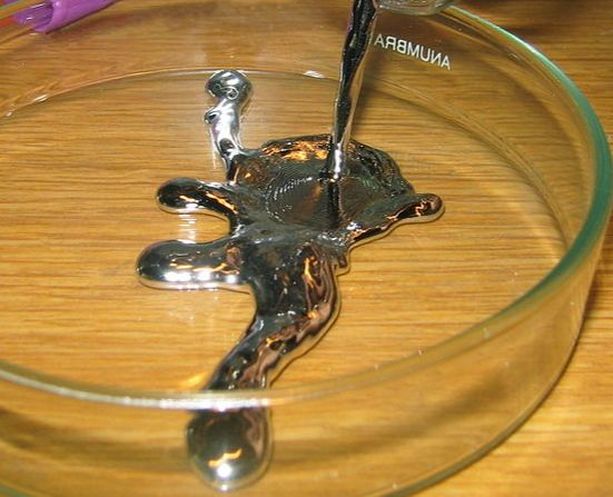 Photo is from Wikimedia User ‘Own Work’
The American Academy of Pediatricians and World Health Organization wants mercury (thimerosal) —- the single most toxic non-radioactive element on planet earth —– to remain in vaccines as a preservative.  Despite a UN-requested removal of mercury from vaccines back in 2009 (you’ll soon see that they were not worried about children’s health, but instead claimed it was an environmental hazard),  the WHO clearly wants the mercury left in.  Their stated goal is to make sure that, “access to thimerosal-containing vaccines is not restricted under this global initiative.“

WE KNOW WHAT MERCURY IS; WHAT IS THIMEROSAL?
Thimerosal is nothing new.  It has been used as an anti-bacterial / anti-fungal in vaccines since the 1930s.  However, there is a rapidly-growing firestorm on the internet concerning the supposed safety of the vaccines made with mercury / thimerosal (HERE).  Although most governmental agencies refuse to acknowledge the link (some European and oriental countries do); for me it could not be more in-your-face than it already is .  When I have parent after parent after parent come to me over the past two-plus decades and tell me, “My child was normal until they had their shots — now they have __________   (insert your own condition here —– AUTISM, seizures, SYMPATHETIC DOMINANCE, AUTOIMMUNITY, learning disorders, BEHAVIORAL DISORDERS, DEPRESSION, etc, etc), we should realize that something is rotten in Denmark.  The potential neurotoxic effects of mercury in vaccines is being all but ignored.  Why?  Just follow the money.

Based findings published by the FDA in the late 90’s, it was confirmed that following the government’s current shot schedule could exceed the threshold for mercury toxicity as set forth by the EPA.  This, coupled with people like Dr. Amy Davis Wright, as well as congressional hearings, continued to drive public pressure for the government to do something about this problem.  So, in 1999, the American Academy of Pediatricians along with the U.S. Public Health Service (USPHS) said enough is enough, and asked congress to pass laws for the removal of mercury from childhood vaccines (Missouri was the third state in the nation to follow thru).

The good thing is that Thimerosal is no longer found in the childhood vaccines of developed countries like America.  However, it is still frequently found in Flu Shots and other adult vaccines.  Furthermore, the third world’s vaccines still contain mercury.  The WHO stated that, “Replacement of thimerosal with an alternative preservative may affect the quality, safety, and efficacy of vaccines; re-registration would be required by the National Regulatory Authority in each jurisdiction where a reformulated product was intended to be used; currently available alternative preservatives interacted in unpredictable ways with existing vaccines, and there are no consensus alternative preservatives for the near- or mid-term…..   There would be a high risk of serious disruption to routine immunization programs and mass immunization campaigns if thimerosal-preserved multidose vials were not available for inactivated vaccines, with a predictable and sizable increase in mortality, for exceedingly limited environmental benefit.”

There it is folks — just look at the last five words of the quote.  But it should not surprise us.  In an era where the environment is considered to be more important than people, the UN is far more worried about the damage to mother earth than what mercury does to the neurology of developing infants and children.

IT’S FLU SEASON —- TIME FOR YOUR FLU SHOT
ALZHEIMER’S ANYONE?