DIET SODA, OBESITY, AND GUT HEALTH
IS THERE A CONNECTION? 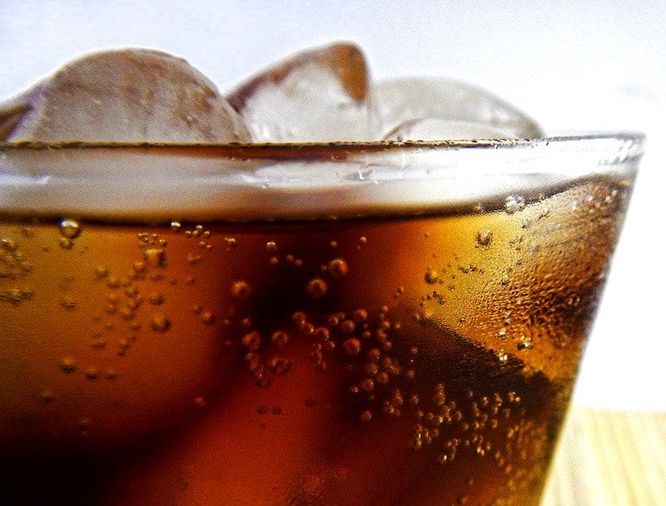 Lernestorod – Ernesto Rodriguez – Maracay/Venezuela – Pixabay
“The debate over whether diet sodas are good, bad or just OK for us never seems to end.  Some research suggests zero-calorie drinks can help people cut calories and fend off weight gain.  But in recent years, the idea that artificial sweeteners may trick the brain and lead to ‘metabolic derangements,’ as one researcher has theorized, has gained traction, too.“   From a recent article by Allison Asbury called Diet Soda May Alter Our Gut Microbes And Raise The Risk Of Diabetes
I have been telling my patients and readers for quite some time that for large numbers of people, Diet Soda actually raises blood sugar.  Furthermore, according to the peer-reviewed scientific literature, it also causes weight gain instead of weight loss.  How can this be — especially when diet sodas contain zero calories — none, nada, zilch?  In the words of GARY TAUBES (Good Calories, Bad Calories), “all calories are not created equal“.  It seems like this may be true for non-calories as well.  The question has not been whether or not this occurs when consuming artificial sweeteners; the question has been how it occurs.

You won’t be surprised to learn that the mechanism for all this is the way Diet Soda affects the Gut.

We know that the Gut Microbiome (the normal flora or bacteria found in the Gut — particularly in the Bowel) can be delicate.  Although things like ANTIBIOTICS are well know for their propensity to destroy GUT HEALTH, there are all sorts of things that can affect the Microbiome as well.  According to a recent study by Dr. Eran Segal of Israel’s Weizmann Institute of Science in a study published in the most recent issue of Nature (Artificial Sweeteners Induce Glucose Intolerance by Altering the Gut Microbiota), the mechanism for this is no longer a mystery — we can add sugar-substitutes to the list now.  According to Segal’s team, the artificial sweeteners foul up THE GUT, which then fouls up metabolism.  In other words, artificial sweeteners (the study refers to them as “Non-caloric Artificial Sweeteners” or NAS’s) mess up your body’s BLOOD SUGAR REGULATORY ABILITIES by fouling up the bacteria that live (or at least should be living) in your Gut.   Unfortunately, the end result of Blood Sugar Dysregulation is almost always weight gain (HERE) and DIABETES — the very things that people are trying to avoid by using NAS’s!

Listen to this sentence from the study’s abstract.  “Here we demonstrate that consumption of commonly used NAS formulations drives the development of glucose intolerance through induction of compositional and functional alterations to the intestinal microbiota.    We identify NAS-altered microbial metabolic pathways that are linked to host susceptibility to metabolic disease, and demonstrate similar NAS-induced dysbiosis and glucose intolerance in healthy human subjects. Collectively, our results link NAS consumption, dysbiosis and metabolic abnormalities, thereby calling for a reassessment of massive NAS usage“.  None of this should really come as a shock.  We know that all sorts of things have the ability to mess with the Microbiome, causing DYSBIOSIS (abnormal or absent Gut Flora)  We also know that NAS’s such as those commonly found in DIET SODAS cause such problems with sugar metabolism that they actually cause people to gain more weight than if they were drinking regular soda (HERE).

Let’s be honest with each other for a moment.  If you are really concerned about your health, what are you doing drinking soda in the first place.  Soda is not only a huge cause of OBESITY, it is one of the major causes of OSTEOPOROSIS as well (HERE and HERE are mechanisms for this respectively).  What is interesting about this study is that, “These NAS-mediated deleterious metabolic effects are abrogated by antibiotic treatment, and are fully transferrable to germ-free mice upon faecal transplantation of microbiota configurations from NAS-consuming mice, or of microbiota anaerobically incubated in the presence of NAS.”  In other words, take mice that have been bred with no bacteria in their Gut, give them the dysbiotic bacteria from the NAS group of mice via a stool transplant, and bingo —- you have “deleterious metabolic effects” (sort of like a FECAL TRANSPLANT in reverse).   Unfortunately, both Diet Soda and Antibiotics are associated with OBESITY (HERE), even though Dr. Segal writes that these effects are “abrogated by antibiotic treatment“.

Abrogated means “ended, canceled, put aside“.  So in other words, this study essentially says that Dysbiosis can be solved by giving Antibiotics.  Think about it though.  Antibiotics are the single biggest cause of Dysbiosis on the planet.  This is the myth — the false hope of modern medicine.  All we need to do for people who have bacterial infections — whether Dysbiotic or contracted — is to give them Antibiotics.  Just remember that 80% of your body’s entire Immune System is largely made up of the bacteria living in your colon (HERE).  Antibiotics don’t discriminate — they kill the good right along with the bad, leaving you with; you guessed it….  More Dysbiosis than ever.

I find it almost amusing that just the other day, Business Insider ran a story titled There’s A Big Problem With The Study On Diet Soda And Obesity.  In true “EVIDENCE-BASED MEDICINE” fashion, the author argued that, “researchers have tested the effects of diet soda on people trying to lose weight, and gotten positive results. A randomized, controlled trial published in May compared the efficacy of artificially sweetened beverages and water in a 12-week weight-loss program. Both treatment groups ended up with smaller waists, and the people taking diet drinks appeared to lose more weight.”  Unfortunately, the study’s lead authors just happened to be “consultants” for —- you guessed it again —- COCA COLA.

The author of the article above tells us that, “we may soon find out what, exactly, non-caloric sweeteners are doing to our microbiomes, and whether it affects our health.”  That’s the whole point of today’s post — we know beyond the shadow of a doubt that Diet Soda and NAS’s are bad for us in more ways than we can count.  But, like many people, this author doesn’t get it.  “But for the time being, the conventional wisdom remains the same: To the extent that artificial sweeteners help us wean off sugared drinks, they’re a boon to public health“.  I would completely disagree.  As much as I understand the harmful effects of sugar, the most popular NAS, ASPARTAME (like MSG), is an excitotoxin, meaning that it stimulates the portion of the Brain and Nervous System that controls and regulates Chronic Pain.  It also fries the HYPOTHALAMUS (and HERE) making WEIGHT LOSS extremely difficult.

But when you really get down to it, today’s post is not just about Weight Loss, it’s about overall health.  If you are really interested in long-term health, I would suggest you avoid drinking calories or consuming NAS’s of any sort.  But then again, it all depends on what you really want out of life.