ARE YOUR HEARTBURN MEDS
DESTROYING THE HEALTH OF YOUR GUT? 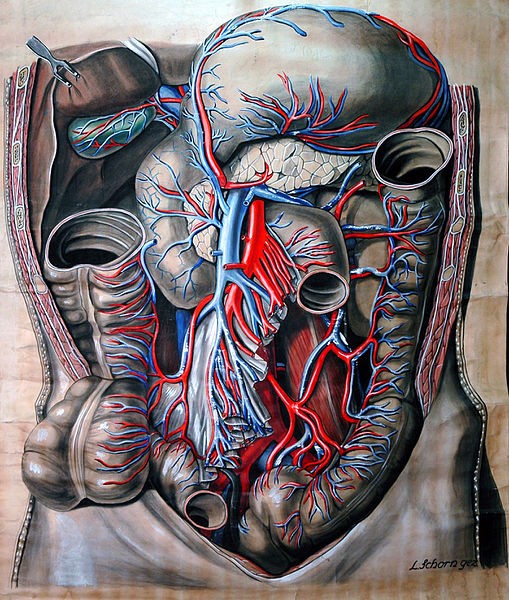 Double M
“In most hospitals, intravenous PPIs are routinely ordered for any patient who is not taking food or drink by mouth. There is not one shred of evidence that PPIs are indicated in this setting.  Of course, PPIs are available over the counter (OTC) now, and although they are meant to be taken for only 3 weeks at a time and for no more than 3 such courses per year, there is really no limit to the number of PPIs purchased and used.   I have no idea how to stop the wholesale use of PPIs by primary care MDs, gastroenterologists and people who self-medicate. It may be hopeless.”  Cherry-picked (as are all quotes) from the June 26, 2012 Skeptical Scalpel blog over at Physicians Weekly.  The author of this article (Overuse of Proton Pump Inhibitors is Expensive & Dangerous) is an anonymous surgeon.

“PPI prescribing rates among inpatients are high, and frequently not evidenced-based. There is also lack of consideration given to review of therapy and limiting provision to short courses.  Proton pump inhibitors (PPIs) are widely used but commonly over-prescribed.  A range of adverse effects are associated with their use, including susceptibility to C. difficile infection, fractures, pneumonia and electrolyte disturbances.”  From the abstract of a 2014 issue of the medical journal Gut (Overuse Of Proton Pump Inhibitors And Strategies To Reduce Inappropriate Prescribing).  This is yet another area where the medical community seems to be throwing the “EVIDENCE” out the window.

“As many as 70 per cent of PPI prescriptions in the United States have been inappropriately handed out by doctors, according to a study published in January in the journal JAMA Internal Medicine.  German researchers found that people 75 or older who regularly take the medications had a 44 per cent increased risk of dementia, compared with seniors not using the drugs.”  From the Feb 16, 2016 issue of CBCNews (Proton Pump Inhibitor Heartburn Drugs Linked to Dementia Risk)

“Proton-pump inhibitors (PPIs) are often given prophylactically to hospitalized patients even though they are known to increase the risk of serious conditions such as Clostridium difficile infection, osteoporosis, pneumonia, and more. Many patients are also on unneeded PPIs before they enter and after they leave the hospital, putting them at even greater risk of complications.”  From the March  2016 issue of AHC Hospitalist (Reducing Unnecessary PPI Use May Help Save Lives)

“How VA patients are treated, — or potentially overtreated, — for gastroesophageal reflux disease (GERD) is coming under greater scrutiny. Veterans often are prescribed proton pump inhibitors (PPI) at much higher doses than recommended, then kept on the drugs far too long, according to the VA-funded study released this year.”  From the May 2013 issue of U.S Medicine: The Voice of Federal Medicine (VA’s Overuse of GERD Treatment Under Scrutiny)

I’ve shown you (HERE) that not only is having lots of very strong stomach acid critical for your digestive health, it’s one of the primary barriers your body throws up against microbial invasion as well.  Plainly stated, most bacteria have trouble thriving in a highly acidic environment such as the stomach should be.  This is why among the NUMEROUS SIDE EFFECTS associated with Proton Pump Inhibitors (heartburn drugs otherwise known as PPI’S), one of the most common is Dysbiosis.

DYSBIOSIS is the name given to the condition of having incorrect ratios of bacteria in the Gut.  Although it is way oversimplified, it is what happens when you have too many bad bacteria and not enough good (be aware that too many of a specific type of “good” bacteria can create Dysbiosis as well (HERE).  Historically the medical community has not had much to say about Dysbiosis in its various forms (SYSTEMIC YEAST and C. DIFF are two common ones) because for the most part they are responsible for causing it.  How?  Through out-of-control prescription habits concerning ANTIBIOTICS.  Once people have Dysbiosis it is fed by over-consuming sugar and starch (HERE).  When you consider that 80% of your entire Immune System is made up of cells found in your Gut — much of it in the form of bacteria — you can begin to see how big this problem can potentially be.  Allow me show you some studies.

Hopefully this post has left you wanting to get off of your PPI drugs.  Although I would certainly recommend that you talk to your doctor about this, as you can tell from some of the quotes at the top of the page, they are not always as helpful as you think they should be.  Thus, make sure to go back up to the first two links in this post and read them.  They will show you that everything you thought you knew about your chronic heartburn is probably wrong, and probably helping perpetuate the problem.