GLUTEN SENSITIVITY
HOW DOES IT START? 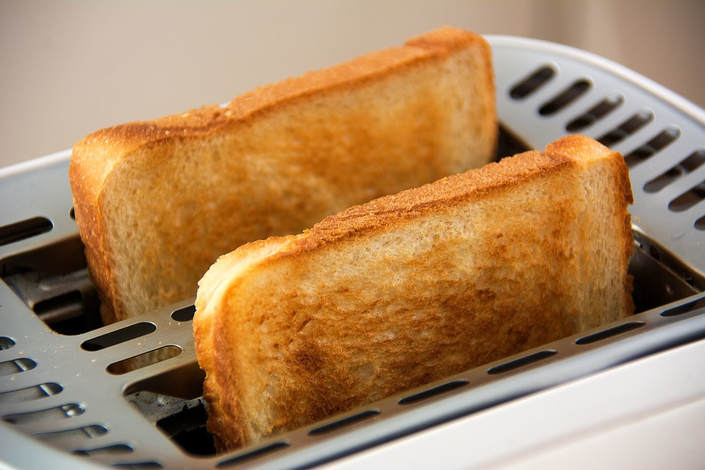 “Gluten intolerance can affect nearly every tissue in the body, including the brain, skin, endocrine system, stomach, liver, blood vessels, smooth muscles and even the nucleus of cells. Celiac Disease and Non-Celiac Gluten Sensitivity are associated with an astonishing variety of diseases, from schizophrenia and epilepsy, to Type 1 diabetes and osteoporosis, to dermatitis and psoriasis, to Hashimoto’s hypothyroidism to peripheral neuropathy. Because the range of symptoms associated with gluten intolerance is so broad and nonspecific (e.g., can be attributed to any number of conditions), many patients and doctors don’t suspect gluten may be the cause.”  From Chris Kresser’s 50 Shades of Gluten Intolerance
When I bring up the possibility to certain patients that their problems may be centered around GLUTEN SENSITIVITY, I often get asked why.  Why is it that I have become Gluten Sensitive all of a sudden?  The truth is, that individual may have been Gluten Sensitive for a very long time, or their problem may have started quite recently.  Because so many of the symptoms of Gluten Sensitivity are either NEUROLOGICAL or “extra-intestinal” (THYROID, DIABETES, CANCER, BRAIN, SKIN, NERVES, etc, etc, etc), it’s often hard to tell.   Fortunately, an academic paper from last month’s Journal of Immunology Research (The Interaction among Microbiota, Immunity, and Genetic and Dietary Factors Is the Condicio Sine Qua Non-Celiac Disease Can Develop) from the Institute of Internal Medicine at Rome’s Catholic University, helps shed light on the way(s) that Gluten Sensitivity develops.

“A principal function of the microbiota is to protect the intestine against colonization by exogenous pathogens and potentially harmful indigenous microorganisms. However, in certain conditions, some species of bacteria are thought to be capable of causing disease by producing inflammation, infection, or increasing cancer risk for the host.  Infectious agents are considered possible environmental factors triggering autoimmune diseases. Particular bacterial populations that are typically found in very low abundance can acquire pathogenic properties. These conditions include inherent immune defects as well as changes in diet and/or acute inflammation and can result in the disruption of the normal balanced state of the gut microbiota, which is referred to as dysbiosis. Dysbiosis involves the abnormal accumulation or increased virulence of certain commensal populations of bacteria, thereby transforming former symbionts into ‘pathobionts’ [the best example of this phenomenon is H. PYLORI INFECTIONS / ULCERS]. Pathobionts are typically colitogenic and can trigger intestinal inflammation. The breakdown of the normal microbial community contributes to increase in the risk of pathogen infection and the overgrowth of harmful pathobionts and inflammatory disease.  In addition to dysbiosis, infections may also disrupt the intestinal homeostasis leading to chronic inflammation and tissue damage, which could eventually contribute to reduced gluten tolerance.”

One of the single biggest things you have to grasp when reading a paper on Celiac Disease is that for the most part, the same things said about Gluten are true of NON-CELIAC GLUTEN SENSITIVITY as well.  According to the National Foundation for Celiac Awareness, gluten sensitivity is not as severe as is Celiac Disease because there is no intestinal damage associated with.  Bullship!  If you think you’re safe just because you are not one of the 3 to 4 million Americans who has Celiac Disease, you had better think again.  A study published in the April issue of Clinical Nutrition puts it thusly.  “NCGS can be diagnosed in those patients with gluten intolerance who do not develop antibodies that are typical neither of CD nor of WA and who do not suffer from lesions in the duodenal mucosa, which is characteristic of CD. The gluten-free diet leads to complete regression of symptoms“.

In other words, you can have any number of the myriad of symptoms associated with Gluten (neurological, digestive, extra-intestinal, etc, etc, etc) but if you are not having an autoimmune reaction against your own small intestine (even though you could be making antibodies against virtually every other tissue or organ in your body) you don’t have Celiac Disease.   All that a diagnois of Celiac means is that there are autoantibodies against your own Small Intestine present.   This is why NCGS can, in some cases, be every bit as bad or worse than Celiac Disease — and harder to find.  If treating physicians are not using labs like Cyrex, or having patients do an Elimination Diet, NCGS can be extremely tough to diagnose.

And as to how many people have the Non-Celiac form of Gluten Sensitivity; the authors reveal that, “The overall prevalence of NCGS in the general population is still unknown, mainly because many patients are currently self-diagnosed and start a gluten-free diet (GFD) without medical advice or consultation. The disorder seems to be more common in females and in young/middle age adults. Some authors think that the incidence of NCGS seems to be higher than CD.”   And why would this last sentence be true?  Because the the study lists a number of studies in its bibliography estimating the incidence of NCGS from as low as 6% all the way up to nearly two thirds (63%) of the population.  I’ve seen estimates even higher than this, which is why physicians who deny this problem exists (HERE), not to mention lay-persons (HERE) are putting a huge roadblock to health in the path of the people who are putting their trust in them.

“The gut microbiota has been studied for more than a century; however, we have only recently begun to understand the ever-expanding roles for these microscopic organisms in health and disease. Despite the complexity of the gut microbiota, there is a delicate balance in bacterial populations such that any disruption in this balance leads to dysbiosis and, consequently, to decreased resistance to pathogen colonization, to the favoured growth of pathobionts, and to pathological both innate and adaptive immune responses. So, in genetically predisposed individuals, gluten in association with microbial antigens can stimulate and modulate innate and adaptive immune response, sustaining a chronic mucosal inflammation, underlining this chronic disease.”

As you can see in a post I wrote back in 2012 (HERE), this paragraph is not much different than the way most chronic diseases develop.