MY NEXT SELF EXPERIMENT…
INTERMITTENT FASTING 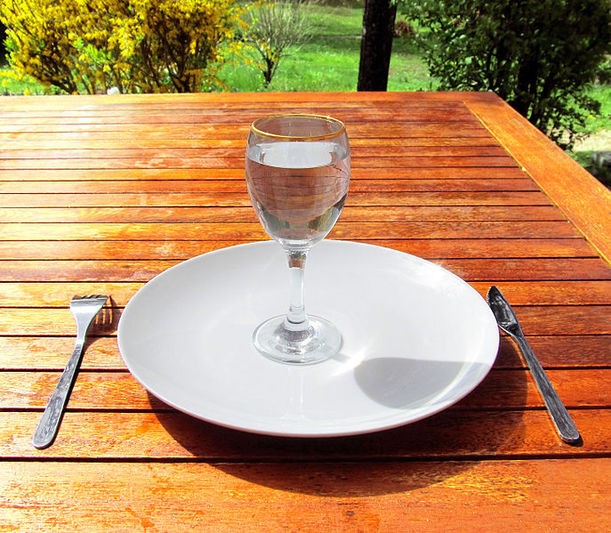 Jean Fortunet
“Both the developed and developing world are currently in the midst of an obesity epidemic.  Intermittent Energy Restriction (IER) has become the subject of considerable scientific interest as a potential dietary approach for weight-loss and improving cardiometabolic health.  Current evidence from studies suggest that IER is capable of promoting weight-loss and / or favorably influencing an array of cardiometabolic health indices, with equal or greater efficacy than conventional continuous energy restrictive approaches.  Ultimately, whilst much remains to be learned about IER, including its mechanisms of action and long-term efficacy, the positive findings to date serve to highlight promising avenues for future research.”  From the March 2014 issue of Research in Endocrinology (The Effects of Intermittent Energy Restriction on Indices of Cardiometabolic Health)
I love it when I see CM because she always seems to be into something new that piques my interest.  The other day she was excited that she had been able to get rid of some fat that she had been struggling to lose for years (not sure where it was because this gal is fit with a capital “F”).   Despite the fact that she is as focused and intense about her diet, workouts, and running as anyone I know (who doesn’t do it for a living — HERE), the stubborn fat wouldn’t budge — until she started Intermittent Fasting.  Although I am certainly not as hardcore as CM, I’m not opposed to pulling a “Tim Ferris” and experimenting on myself.  That being said, I have been meaning to delve into the science behind Intermittent Fasting, and fortunately she gave me the motivation to put other projects on the back burner and follow through.  Now it’s just a matter of actually implementing the plan after the coming holiday (don’t worry — NO PRE-FAST BINGE this weekend).

After talking to CM, I went to the scientific literature to see what it said; mostly because some of the claims being made seemed to be to good to be true — and frankly, went against some things I have believed to be gospel truth since; well, grade school (stick around to see what I’m talking about).  But before we get into the science of Intermittent Fasting, let’s talk for a bit about what it is because there are lots of ways that people fast.  I have been on a number of multi-day Master’s Cleanses (water, organic lemons, and cayenne pepper, sweetened with a bit of real maple syrup).  I think that the longest I ever went was a week, even though they tout 10 days as optimal.  This is not the sort of fast we are talking about today

Let me first say that I am one of those folks who still believes that BREAKFAST (all you IF’ers can roll your eyes) is the most important meal of the day.  It also happens to be, hands down, my favorite.  After all, its very name implies the “breaking” of a “fast”.   But then again, most of what I learned while working toward Exercise Physiology and Nutrition degrees at Kansas State University back in the mid and late 1980’s, has unfortunately been proven to be completely wrong (think Food Pyramid here and LIVING THE HIGH CARB LIFESTYLE).  Naturally, the first thing I did after panicking about the possibility of regularly skipping breakfast was to Google “have people always eaten three meals a day?“.  After looking through lots and lots of articles and studies on the subject, I realized I have a lot to learn.  For instance, THIS came out just this morning.  The following are bullet points concerning some of the things I discovered about Intermittent Fasting while studying.

I’m excited about getting started.  I was so unexpectedly busy this morning that other than a handful of pecans, I didn’t eat until I had my usual salad trough at lunch time.  It not only looks doable, but the science behind it looks promising as well.  One way or another, I will let you know by the end of the summer / first part of the fall how it goes.  In the meantime, have a blessed day.