is calcium bad for you?

TOO MUCH CALCIUM DOUBLES RISK OF DEATH 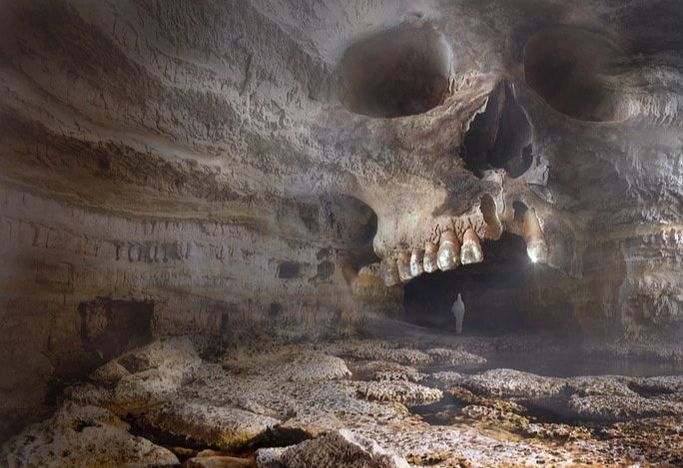 Stefan Keller – Deutschland / Germany – Pixabay
A new study was recently (two days ago) published in BMJ (the British Medical Journal), pertaining to women and calcium.  In this study, all sorts of myths about this vital mineral were exposed to the light of day —- things that I have been warning people about for over a decade.  The bottom line is this; if your calcium supplement is made from rocks (chalk, limestone, coral) or shells (ground up oyster shells), it is doing you more harm than good.  Of course the manufacturers of SYNTHETIC NUTRITIONAL SUPPLEMENTS hate this news.  Don’t worry though.  They are still referring to their products as “All Natural“. HERE, HERE and HERE are a few other examples of this phenomenon.

In this latest study that spanned nearly two decades, a team led by Dr. Karl Michaëlsson and his research team from Uppsala University in Sweden followed over 60,000 women.  Over the course of this study, they saw 1/5 of them (12,000) die —- mostly as a result of cardiovascular disease.   As crazy as it sounds in our calcium-infatuated society, those with the highest daily calcium intakes (over 1,400 mg /day) died at the highest rates.  In fact, the study’s conclusion reads as follows; “High intakes of calcium in women are associated with higher death rates from all causes and [most specifically from] cardiovascular disease…”  For those who understand why too much calcium is such a bad thing, the study’s results should come as no surprise.  To everyone else, it is time to learn the truth about calcium.  The first thing you need to know is that this is not the first study touting these sorts of results.

Three years ago, a New Zealand study showed that adults who took 500 mg /day or more of supplemental calcium, increased their chance of heart attack by almost one third.  And just last year, a study published in the prestigious medical journal Heart, showed that those who got the majority of their calcium from supplements (as opposed to food sources), had heart attacks at rates that were more than double those of their non-supplementing peer group (gulp!).  What gives?

For starters, it seems that everyone has been conditioned — particularly women — to believe that you cannot get enough calcium without serious supplementation.  You know; the idea that if a little is good, then a lot must be really good.  What’s even more scary is just how much food is being “fortified” with calcium these days (the most common are milk, OJ, fruit and vegetable juices, soy & rice milk, tofu, and grain-based products such as cereal).  But all of this begs the question of why —- why is taking calcium supplements bad?  Listen to what Dr. Bart Clarke of the Mayo Clinic and the American Society for Bone and Mineral Research recently told Yahoo’s Shine concerning this particular question.

Here’s where things really start to get tricky.  The Institute of Medicine of the National Academies recommends that we get between 1,000 and 1,300 mg of calcium per day.   Interestingly enough, the recommendations for getting your calcium from Green Leafy Vegetables such as broccoli and kale does not seem to jibe very well with CURRENT FDA WARNINGS.  So; what are we to do?  Who are we to believe?  Is calcium good or bad?   Should I take a calcium supplement, and if so, which one?  There are thousands of them out there.  And what about OSTEOPOROSIS?

Choosing the best Calcium Supplement is just like choosing any nutritional supplement.  Calcium, like other minerals, does not appear in living systems as an isolated inorganic compound.  Yet this is the sort of calcium supplements that most people are taking.  If you are consuming mass quantities of calcium in the form of rocks (limestone or coral) and shells (ground up oyster shells), you are headed for disaster.   I get it; these are the cheapest forms of calcium on the planet.  Prescribing these makes sense to the uninformed, and purchasing them is even easier.  My favorite all time numbskull story on this topic pertains to the brilliant marketing ploy by the St. Louis manufacturer of the well-known product, TUMS.  Tums is an antacid. Remember this because it is critical for understanding my point.

I am getting ready to do a blog post on something called HYPOCHLORHYDRIA (diminished amounts or potency of one’s stomach acid).  Because you should have copious amounts of incredibly strong stomach acid (most Americans do not); Hypochlorhhydria is at the root of lots of different health problems —- including mineral deficiencies and osteoporosis.  You see, all of the alkalizing minerals (the minerals that help maintain a slightly alkali pH in your body — calcium included), can only be absorbed in an extremely acidic environment.  As you should see, telling people to take an antacid made from ground up limestone (my mom was told to do this by her doctor), has to be the height of clinical stupidity.  Not only do you dilute the stomach acid with a buffer (calcium), your source of that calcium is about as bad as it gets as far as your health is concerned (chalk / powdered limestone — calcium carbonate).

It’s no wonder that people are dying from consuming this kind of crap.  Even in people who are calcium-deficient, the calcium is being deposited in places it should not be.  One of the hallmarks of cardiovascular disease is something called arteriosclerosis (hardening of the arteries).  Having dissected numerous cadavers while in school (both Kansas State University as well as Logan), I can assure you that the plaque found in hardened arteries is not sludgy and soft as we are led to believe.  It is not only hard, it is indistinguishable from rock.  Roll a chunk of it between your fingers and it feels like a small chunk of brick.  When you tap your scalpel on it, the sound and feel is exactly like tapping on a chunk of limestone — before it was ground up to make your calcium supplement.

My calcium recommendations are the same as they have always been.  Get as much of your calcium as possible from the Green Leafies and raw milk products.  Around here, that’s a doable thing.   And for those needing / wanting to supplement, the grandaddy of all Calcium Supplements is radically different from taking the metabolic equivalent of baby powder.  It is called CALCIFOOD, and has been around since 1963.  Not only does it contain calcium, but all of the co-factors for making bone as well.  Calcifood is the only raw (cold-processed) bone meal supplement on the market that I am aware of.  There is nothing like it.  This is because it is bone.  Oh; and don’t forget to LIFT WEIGHTS.  That and WHOLE-BODY VIBRATION are the only therapies I know that strengthen bone in a non-fraudulent manner (HERE).
Share on facebook
Facebook
Share on twitter
Twitter
Share on linkedin
LinkedIn
Share on pinterest
Pinterest
Share on reddit
Reddit