is it scar tissue (fibrosis) or something else? 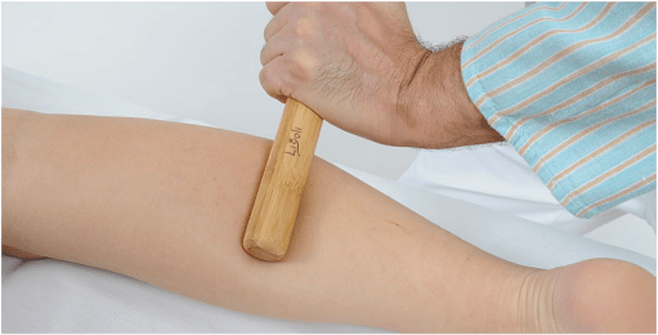 Expertnamasaze
Luigi Stecco was an Italian PT who wrote a number of books on FASCIA, as well as creating a method of soft tissue treatment he named the Fascial Manipulation Technique.  One of the things that interested me when reading about Luigi is that he did not put his patients on drawn-out treatment schedules (HERE).  In fact, I read an article by Dr. Warren Hammer saying that, “Luigi seldom treats a patient more than one visit.”  As you may notice from THIS PARTICULAR POST, it is a goal I always strive for.

Anyway, Luigi’s life’s work is now carried on by his children — both MD’s, Dr. Antonio Stecco, and his sister, Dr. Carla Stecco, an Orthopedist.

A recent paper they co-authored from the medical journal Current Pain and Headache Reports (Painful Connections: Densification Versus Fibrosis of Fascia) caught my eye, and today we will flesh some of this out.

In the opening sentence of the paper, the authors tell us that, “Deep fascia has long been considered a source of pain, secondary to nerve pain receptors becoming enmeshed within the pathological changes to which fascia are subject.”  In other words, when normal tissue becomes “scarred“, it entraps nerves.  On their “About Fascial Manipulation” page, the Steccos reveal that, “Compensatory tension may extend along a myofascial sequence so myofascial continuity could be involved in the referral of pain along a limb or at a distance, even in the absence of specific nerve root disturbance.”  It is not uncommon for me to see patients who appear to have a typical “DISC-BASED SCIATICA” or RADICULOPATHY, but actually have entrapped nerves (I love Stecco’s word, “enmeshed“) within the scar.  The “ACTIVE SCARS“, which I dealt with a bit in my last post, are the fibrosed tissues that often become hyper-sensitized —- especially when exposed to CHRONIC INFLAMMATION — potentially leaving them over 1,000 times more pain sensitive to pain than normal tissue (HERE).

Before we move on, I need to take a moment to talk about the difference between the Deep Fascia and Superficial Fascia.  Firstly, the difference is not quite like it may sound.  Superficial Fascia is the Fascia found in the lower layer of the SKIN.  It is superficial and is made up of loose areolar connective tissue that is thought to hold most of the machinery for making HA (

Hyaluronic Acid) — the lubricant that provides viscosity to tissues during movement.  Deep Fascia, however, is not always “deep” as we might think of the common meaning of the word.

The “Deep Fascia” is the Fascia that I talk about in the first link at the top of the page (or HERE).  It is the Fascia that surrounds muscles, groups of muscles, tendons, nerves, blood vessels, cartilage, bones, etc, etc, etc, as well as the entire body (around here the DEER HUNTERS call it “striffin“).  It is not only the most abundant connective tissue in the body, it is the most pain-sensitive as well (HERE). The Deep Fascia is said to actually be made up of 2 or 3 layers of Fascia (with Superficial Fascia found in between each layer) that must not only slide freely on other structures, but must each slide freely on the other (HERE is a super cool ten second video of the process).  The authors also state that, “deep fasciae works like a tendon“.

What are the two main “changes,” that are said to occur in the Deep Fascia?  According to the paper, they are, “Densification and fibrosis.”   If Stecco and his team are correct, I am guilty of confusing “DESNIFICATION” with SCAR TISSUE, which the medical community commonly refers to as “FIBROSIS“.   Let’s take a moment and look at some differences between the two.

Although they tell us in one paragraph that, “the two terms are not interchangeable,” they turn right around and reveal in the next that, “In reality, in the majority of cases, it is not clear whether it is fascial densification or fascial fibrosis that is involved“.   Later, they go on to say that, “In reality, the two alterations are not incompatible.  Indeed a chronic densification certainly affects the gliding between two adjacent fibrous layers. This can alter the distribution of the forces inside the fibrous layers, because they are unable to act independently“.  This tells me that figuring out which is which can be exceedingly difficult (HERE is a better picture of densification).  In fact it is similar to the conundrum I addressed in my article on Wikipedia’s definitions of both Fibrosis and Scar Tissue (HERE).

They do, however, show us that Fascia is the tissue that CONNECTS EVERY PART OF YOU TO EVERY OTHER PART OF YOU.  “For example, contraction of the gluteus maximus will stretch the fascia lata all the way to the point into which it inserts. The fascia lata will then transmit this force in a longitudinal direction along the iliotibial band, extending the tension into the antero-lateral portion of the crural fascia and the anterior knee retinaculum“.  I’ve shown this with any number of posts, including the one on Tom Meyer’s Anatomy Trains (HERE).

Several years ago I discovered the DAKOTA TRACTION DEVICE for rehabbing chronically injured or fibrotic necks and / or dealing with chronic Forward Head Posture (FHP).  The directions for using the device state that the goal is to have persons work up to the point where they could tolerate 15 or 20 minutes at a time.  This makes sense in relationship to what is said on page 3.  “During stretching, the position must be maintained for at least 1 min.”  While I completely understand that more is not necessarily better, I also know that as long as the load is strictly controlled, the tissue is allowed to progressively stretch (ELASTIC DEFORMATION) in a manner that leads to long term structural and functional changes (see first link in this paragraph as well as YESTERDAY’S POST). 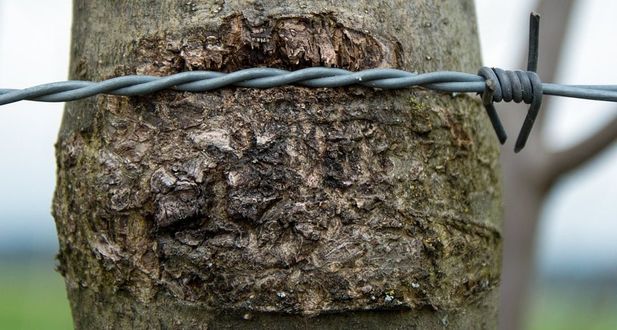 For the correct healing of the deep fascia to occur, it is fundamental that collagen be remodeled and realigned along the correct lines representing components of local tensile stress.   Remodeling can last for years, depending on the size and nature of the wound. In actuality, this process is fragile and susceptible to interruption or failure. In particular, it seems that a fundamental role is played by the mechanical stress acting on the injury site, which guides the neuroinflammatory response.  For example, in the leg, a horizontal scar causes a tensile state three times greater than a vertical scar. If the tissue in which tensile state can be observed was previously in an unbalanced condition or is immobilized, the remodeling process does not lead to physiological spatial reconstitution, but instead causes random deposition of collagen fibers.

Normal tissue should be organized, parallel, and orderly.  Fibrosis is a tangled wad — a HAIRBALL — a clump of tissue, where the fibers are running every which way in all three dimensions.  The individual fibers, instead of lining up in a neat and orderly fashion, are just like the paper says; “random“.  If there is not “mechanical stress” (motion, deformation, tension, compression, etc, etc, etc) put on the area on a regular basis, the healing will be more scar-like (fibrotic) than not.  This creates a definite “TETHERING” effect that restricts normal motion and causes pain.  Mechanically speaking, the end product is always degeneration (HERE).  But unfortunately, this is not only not where the problems end, it’s where things start to get really crazy and actually go off the rails.

I have shown you in several peer-reviewed studies that  Fibrosis is considered to be the number one killer in America (HERE).  This is because Inflammation always leads to Fibrosis (we name various diseases according to where that Fibrosis ends up being deposited).   Let’s discuss some of the health issues the Steccos specifically mention as contributing to or causing Fibrosis (there is a growing body of researchers and neuroscientists that believe that due to FASCIA’S PROPRIOCEPTIVE POWERS, it might be a huge part of the “universal cause” of sickness, pain, and disease — HERE).

I’m always looking for quicker and more effective means of treatment.  But when people come to me from other states — or even other countries —- I have a limited amount of time to figure out where the problem is (HERE).  I run my scans and exams, and start working.  Although I may not treat a huge area, I will often check a huge area.  If the problem is not dramatically better the first treatment, my goal is to at least see the changes I characterize as BULLSEYING — a critical factor for patients in THIS SITUATION.   Below is what a visit might look like.

During the course of your visit (particularly true for long distance patients), I may treat and re-assess dozens of times, simply because I want each visit to count.  This is why Tuesday and Thursday mornings are specifically set aside for this purpose.  To see some of the results of treating in this manner, take a quick peek at our TESTIMONIAL PAGE.

Dr. Schierling is licensed chiropractor and world-renowned for intervention with persistent chronic pain. Dr. Schierling focuses on a holistic approach to helping end his patients’ chronic pain that includes Scar Tissue Remodeling Therapy.
All Posts »
PrevPreviousfascia and its role in the manual treatment of soft tissue dysfunction
Nextscar tissue remodeling for chronic problems: why so harsh?Next