WHO’S THE PARENT HERE?
or

THE MISNOMER OF “KID-FRIENDLY” FOODS 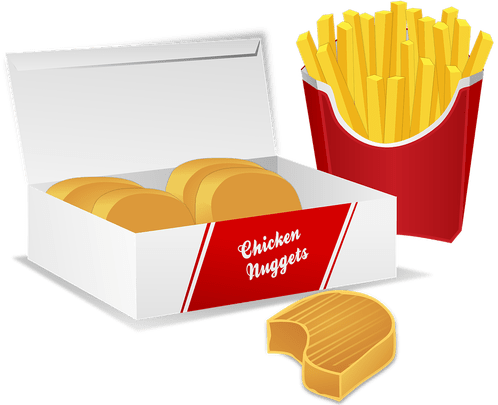 I’ll never forget it.  Years ago I had a mother bring her 3 or 4 year old son into see me for a wide array of health issues.  The child was overweight, and struggling with CHRONIC SINUS CONGESTION, chronic colds, CHRONIC EAR INFECTIONS, and who knows what else.  She was frustrated because the child practically lived at the doctor, who did little other than prescribe a round-robin of ANTIBIOTICS.  My first question to her was, “what do you feed this child?”.   I knew that I had asked her the one question she had hoped to avoid.  She got very defensive and snapped at me, “But you don’t understand —- the only thing he will eat is chocolate cake and Cheetos!”.

I recently had my first experience with the term “Kid-Friendly Food”.  My wife was making a meal for an ill neighbor, and was told by someone she knows to keep it “Kid Friendly” or her children will not eat it.  Although I had a pretty good idea of what this term meant, when I asked my wife, she looked at me like I was the behind-the-times idiot that I often am.

“Kid-Friendly” foods.  The truth is that most of these so-called “foods” have no real place in a child’s diet.  Yet our country’s children are by-and-large living on them.  Grilled Cheese Sandwiches, Pizza Pockets, breakfast cereal, white bread, processed peanut butter, SUGARED everything, chips, JUNK FOOD, quantum amounts of GLUTEN, etc, etc, etc……    And the icing on the cake (no pun intended), is that most of these kids aren’t eating vegetables —- any vegetables (not even the DANGEROUS KIND)!   Several years ago, the Focus on the Family radio program quoted research saying that 1/3 of American children (under 18) are getting zero servings of vegetables per week —- unless you count french fries and ketchup as vegetables (the government allows our public schools do this —- and believe it or not, pizza actually counts as two servings of vegetables (HERE).   And despite Michelle Obama’s best efforts to spend our tax dollars (HERE), things are not getting any better (unless you count THIS drivel).

In 2009, Ohio State University published a study of the dietary habits of more than 6,500 children ages 2 to 18.   These researchers found that there was lots and lots of fruit “juice” being consumed — particularly among the younger children (10% juice — 90% sugar water), but that only 8% of the vegetables consumed could be considered to be “dark green or orange”.  What were the children’s most-consumed “vegetables”?  If you thought for awhile, you would probably be able to figure it out.  Fried potatoes and corn.  Unfortunately, neither is a vegetable.  Corn is a grain that our nation’s farmers feed their livestock to make them fat, while a white potato is a starchy root which, after cooking, has a higher Glycemic Index than table sugar.  Have things gotten better dietary over the past few years?  Is Ronald Regan going to be canonized during tonite’s DNC address?  The correct answer to both questions —- of course not!

Why do you think so many children are sickly and OBESE?   Why are chronic diseases like DIABETES, ASTHMA, Heart Disease, CANCER, AUTOIMMUNITY, INFLAMMATORY DISEASES, and numerous others, increasing exponentially here in America? Could it be that our national diet is beyond pathetic — even though it does not have to be that way.  Oh, there are a few medical doctors who have the gumption to tell parents the truth (HERE).  But all too often, doctors give CRAPPY NUTRITIONAL ADVICE, and the kids continue to run the show as far as meals / snacks are concerned.  The inmates are in charge of the asylum, the tail wags the dog, and parents continue to condemn their kids to a lifetime of health problems by giving them only those foods they really like to eat.  And when given a choice, most children will chose chocolate cake and Cheetos over a vegetable salad or steamed broccoli.  It’s the nature of kids —- it’s how they think.

So for Pete’s sake step up to the plate and be the parent.  Think for your children.  Help them make good decisions at the dinner table —- or make the decisions for them.  Little Johnny will not starve.  In fact, he will probably learn to like most of the things that you teach him eat —- vegetables included.  Kind of like your parents and grandparents who grew up in their gardens.  For more information, visit our WHOLE FOODS page.

Dr. Schierling is licensed chiropractor and world-renowned for intervention with persistent chronic pain. Dr. Schierling focuses on a holistic approach to helping end his patients’ chronic pain that includes Scar Tissue Remodeling Therapy.
All Posts »
PrevPreviouswhy there are no magazines in my office
Nextchronic neck pain & headachesNext