MOONSHOTS AND ROCKET SCIENCE
CAN WE SPEND OUR WAY OUT OF THE CANCER EPIDEMIC? 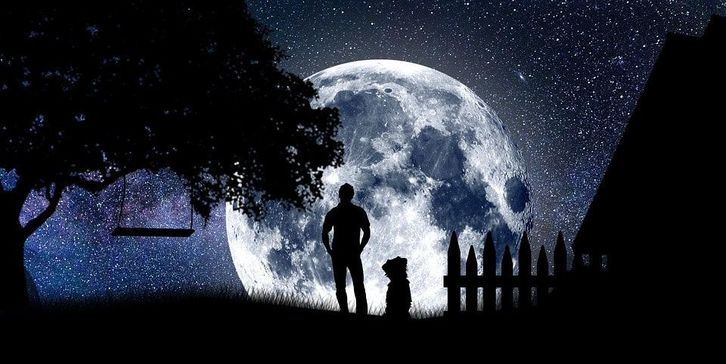 Few would argue that Cancer is one bad dude.  All of us have friends and loved ones that have been laid low. In fact, it was just a couple of weeks ago I was a pall bearer for a dear friend who left behind his wife and six children under the age of 12.  Similar stories are common.

The death of Vice President, Joe Biden’s 46 year old son from a brain tumor last May was just another confirmation that Cancer is no respecter of persons.  Although it’s not difficult to understand why Biden issued still another “moonshot” for a cure —- this one for Cancer (there are currently other “moonshots” going on for other diseases, including ALZHEIMER’S), we have to ask ourselves whether his plea a good use of resources (i.e. tax dollars).

Despite the fact that Richard Nixon declared war on Cancer back in the 1971, another of the dirty little secrets of medicine is that we have not seen nearly as much progress against the disease as we have been led to believe.  Writing for the New England Journal of Medicine back in 1986 (Progress Against Cancer?) researchers crunched thirty years of data and concluded that Nixon’s war was an abject failure.  “We are losing the war against cancer, notwithstanding progress against several uncommon forms of the disease, improvements in palliation, and extension of the productive years of life. A shift in research emphasis, from research on treatment to research on prevention, seems necessary if substantial progress against cancer is to be forthcoming.”   But the beat went on.

Are we doing any better today.   Despite what we would be told, unfortunately not (HERE).  In fact , those in the know tend to believe that this is another of the medical problems that we cannot spend or treat our way out of (HERE).  And just how much is all of this costing us?  According to Alex Lubischer of Chicago Health (Funding the Cancer War) Cancer carries a huge price tag.

“According to the National Institutes of Health (NIH), all U.S. healthcare expenditures related to cancer in 2009 cost the U.S. an estimated $86.6 billion. If you factor in $130 billion for indirect mortality costs (the toll of lost productivity due to premature deaths), that’s $216.6 billion in one year.  Furthermore, The National Cancer Institute (NCI, a branch of the NIH) has spent roughly $90 billion on research and treatment since 1971. Additionally, about 260 nonprofit organizations in the United States have dedicated themselves to cancer research, which amounts to combined annual budgets of $2.2 billion.“

Part of the problem is that if you ask different experts what Cancer is, you’ll get a rather wide array of answers.  This is because “cancer” is not all the same stuff.   Furthermore, if all we have to show for trillions of dollars spent is the fact that Cancer is little more than a “random” event (HERE), we really are spinning our wheels — a thought recently echoed by any number of medial outlets, including STAT’s recent Moonshot to Cure Cancer.  We’ve Heard that Before.  Many Times.

The problem is that we are going about this all wrong.  JFK’s original “Moonshot” was handled by engineers, physicists, and rocket scientists.  It was an incredible feat of engineering that essentially required us to overcome gravity and other laws of physics.  For any number of reasons, curing Cancer is different.  The reality of the situation is that “curing” Cancer is going to require something of us besides more tax dollars.  We are actually going to have to follow the advice of NEJM’s 30 year old study I quoted from earlier —- emphasizing prevention instead of cure.  What does prevention look like?

First, let me say that nothing in this life is foolproof — including Cancer Prevention.  We all know healthy people who have died of Cancer (my friend was as healthy as they come), as well as living mummies that have been walking this earth for 80 or 90 years, embalming themselves with liberal amounts of cheap vodka and the preservative powers of THREE PACKS a day.  However, there are some generalities we can make in our own personal war against Cancer.

What should you do if you’ve already been diagnosed with Cancer?  Not sure what to tell you.  One thing I can tell you is that you can follow at least part of this or a similar protocol even if you are dealing with your Cancer in the traditional medical manner (chemo, RADIATION, etc) — something few doctors ever talk about (HERE and HERE).   For the most part, preventing, or at least slowing down, Cancer does not require a moonshot.  It doesn’t take a rocket scientist to see that by and large we are our own worst enemies.  A national change of diet and lifestyle would go a long way toward Biden’s goal.