more on the straight neck and reverse cervical curve 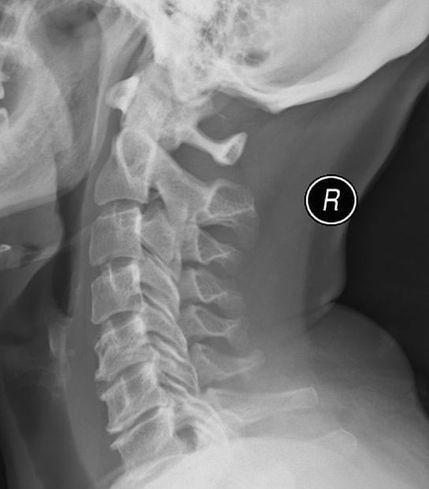 Nevit Dilmen
Because abnormal cervical curvatures (straight necks or even worse; reverse curves) are almost ubiquitous in our modern society, the vast majority of the medical community treats this finding as “normal“.  While it is true that this finding could easily be described as “common“, using the word “normal” to describe this feature is erroneous.  This would be the equivalent to your dentist telling you that cavities are “normal“.    We all know that Dental Caries (cavities) are not “normal” in any sense of the word.  However, they are common —- dog common — especially in cultures that tend to live the HIGH CARB LIFESTYLE.

Today I want to show you something interesting.  Medical Academia (particularly those in the field of biomechanics) are chipping away at this common assertion —- the assertion that abnormal cervical curves are; well….. normal.  Interestingly enough, this latest study (yeah, I realize it is over a year old) was done not solely by medical professionals, but by engineers who wanted to learn more about spinal function.  A group of Chinese physicians and engineers, working in Hangzhou Red Cross Hospital in Zhejiang, China, created a model that shows just how severely abnormal mechanics of one’s neck bones (aka, the cervical spine) can affect one’s life.  The study (Straightened Cervical Lordosis Causes Stress Concentration: A Finite Element Model Study), was published in the March 2013 issue of the journal Australasian Physical & Engineering Sciences in Medicine.

Comparing biomechanical computer models of cervical spines based on our knowledge of ranges of motion with the normal lordotic curve, to computer models based on necks with diminished cervical curves, the two models were compared, with findings were interesting to say the least.  One of the things the authors did was to describe the spine as a, “highly versatile mechanism” that “displays all rigidity, strength, and leverage required in the jib of a crane”  Sounds sort of like something I talked to you about a few years back (HERE).  Now listen to these conclusions taken directly from the article’s abstract, and follow along as I explain what this means in English.

The very first thing I want to do is provide you with a few definitions.  CERVICAL LORDOSIS is the normal “forward curve” that all necks should have when looking at them from in profile (from the side).  The picture to your right is of a relatively normal cervical curve.  The DISC is the soft cushion between the vertebrae, the FACET JOINTS are the articulations (joint surfaces) on the rear aspect of the spine, and the Uncovertebral Joints are the spine’s lateral load-bearing columns, which are frequently injured in side-impact WHIPLASH ACCIDENTS.  The word “spondylosis” is a commonly used term for SPINAL DEGENERATION, and normal RANGES OF MOTION are critical for everything, including slowing down DEGENERATIVE PROCESSES, helping keep people from falling into CHRONIC PAIN, and preventing NERVE IRRITATION / INTERFERENCE.   The shocker here is how severely the loss of a cervical curve can affect patients.  Do you think that losing 1/3 of your neck’s Range of Motion could be problematic?  And what about doubling the amount of mechanical stress on your neck — do you perceive that this could potentially lead to all sorts of problems?  If you answered “yes” to either of these questions, you would be correct.  But I have not even hit you with the kicker yet.

This study talks at length about the way that a loss of proper cervical curvature affects the nervous system.  That’s right folks.  BJ may not have been as crazy as some would say!    Abnormal spinal function cause problems (mechanical tension, irritation, interference, etc) within the nervous system.  Listen to this quote from the paper about the regions of the Nervous System that they found to be affected by improper mechanics of the cervical spine, “hind-brain, cranial nerves, cervical cord, and cervical nerve roots“.  Did you catch that?  If you are one of the millions of Americans struggling with CHRONIC NECK PAIN, you absolutely need to re-read that sentence.  The authors are saying that both the BRAIN & SPINAL CORD, as well as the nerves that come directly off the Brain (CRANIAL NERVES) and Spinal Cord (Spinal Nerves) are all potentially affected by these abnormal biomechanical processes.

Do drugs (PAIN PILLS, Muscle Relaxers, ANTI-INFLAMMTORIES, ﻿CORTICOSTEROID INJECTIONS﻿, etc) restore function?  Absolutely not — not in any sense of the word.  While they might provide some temporary relief for certain conditions, the dirty little secret in the field of medicine is that not only do these things not restore or increase function, over the long haul, they actually diminish it even further than it already is.