WHAT ABOUT DIET SODA?
CONSUME ONLY IF YOU WANT TO DESTROY YOUR HEALTH! 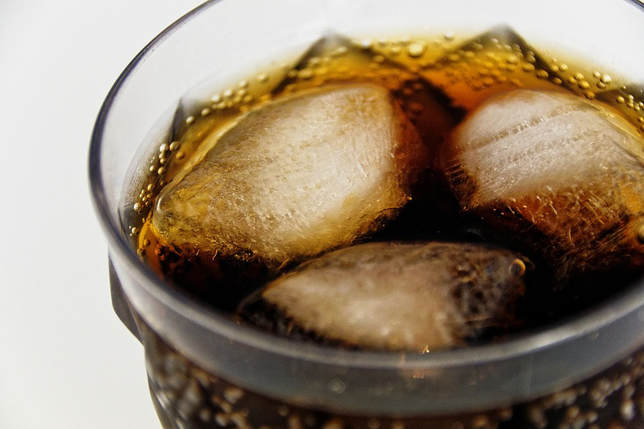 Bruno Glätsch – Bühlertann/Deutschland – Pixabay
After re-reading the book INFLAMMATION NATION, I was appalled by much of the dietary advice given.  The author was, among other things (such as promoting margarine instead of butter) suggesting that people drink Diet Soda while on his special diet.  Should we be surprised?  Probably not —- particularly when the gal on the left —- acting on behalf of the US Government —- was passing out pretty little aluminum bottles of Diet Coke in the name of health care.  After all, the Coca Cola Corporation is a paid sponsor of the government’s “Heart Healthy” program for women.  Nope.  I’m not making that up.

Having “Coke” as a paid sponsor for the NIH’s “Red Dress Collection, Healthy Heart Campaign” is, like so many similar ventures, more than a little bit incestuous.  It would be sort of like inviting Dr. Hannibal Lector to be a paid spokesman for MAC (Mothers Against Cannibalism).  Or leaving Phillip Morris in charge of creating anti-smoking ads.  Or maybe it would be like allowing over-paid government bureaucrats to define things like “PATIENT CENTERED CARE” or “EVIDENCE-BASED MEDICINE“.  Wait; the later two are already taking place.  I guess that truth really is stranger than fiction.  Speaking of “truth”, let’s take just a moment to discuss the truth about Diet Soda and Diabetes.

The truth is, there is a strong link between Heart Disease and Diabetes.  The dirty little secret that Coca Cola Corp and other soda manufacturers do not want you to know is that you are dramatically more likely to have Vascular Events (strokes), Metabolic Syndrome (pre-diabetes), and Diabetes, if you drink Diet Soda as opposed to regular soda.  That’s correct.  Re-read that if you passed by on cruise control without fully grasping the implications.  But the hits keep coming.  When it comes to Diet Soda, Diabetes, Strokes, and Metabolic Syndrome are just the tip of the iceberg.  Follow along as I show you a few more reasons that you don’t want to even think about putting this stuff in your body.

A FEW MORE REASONS TO AVOID
DIET SODA LIKE THE PLAGUE

I get it.  You believe that since Diet Soda has no calories, it cannot effect your weight.  Wrong.  Even though it has no calories, Diet Sodas act on your ENDOCRINE SYSTEM —- even more intensely than does sugar.  According to current research, Diet Sodas have the ability to affect the storage hormone insulin in the exact same way that SUGAR does —- only worse (HERE is the mechanism).  A couple of years ago, I wrote about the studies from the University of Texas that showed how Diet Soda actually causes more obesity — far more (HERE and HERE).

Besides that, researchers from the University of Minnesota recently showed that drinking a single Diet Soda per day increased one’s chance of developing both Metabolic Syndrome and Diabetes (HERE) by a whopping 36% (Metabolic Syndrome includes any three of the four following: high blood pressure, elevated levels of blood sugar, high cholesterol, and obesity).  And if that weren’t bad enough, a joint study done by the Ivy League’s Columbia University and the University of Miami showed that a daily Diet Soda ups your chances of “Vascular Accidents” (strokes) by well over 40% (drinkers of regular soda showed no increased risk of strokes).  But hold on to your seat because we are just getting started.

Diet Soda has been associated with various neurological disorders, including CHRONIC PAIN, FIBROMYALGIA, DEPRESSION, and MIGRAINE HEADACHES.  Furthermore, it is my opinion (backed by research) that the number one cause of OSTEOPOROSIS in America is probably DRINKING TOO MUCH SODA.  Click on the links to find out why.  Diet Soda does the same thing to teeth that it does to bones.  This is why a recent study in General Dentistry that compared the teeth of Coke-heads, Meth-heads, and regular consumers of Diet Soda, found that the teeth were the same in all three groups —- horrendous.  Indistinguishable from the other groups.

I could go on and on, but hopefully you get the point.  You are not doing yourself any favors by consuming Diet Soda.  If you are putting this form of poison known as an “EXCITOTOXIN” into your body, you headed down a short pathway to chronic illness and weight gain.  What do I recommend you drink instead of Diet Soda?  That’s easy.  Drink filtered water.

Dr. Schierling is licensed chiropractor and world-renowned for intervention with persistent chronic pain. Dr. Schierling focuses on a holistic approach to helping end his patients’ chronic pain that includes Scar Tissue Remodeling Therapy.
All Posts »
PrevPreviousmalachi harvests anothe﻿r wall-hanger
Nextlong distance patients:  should i stay or should i go?Next