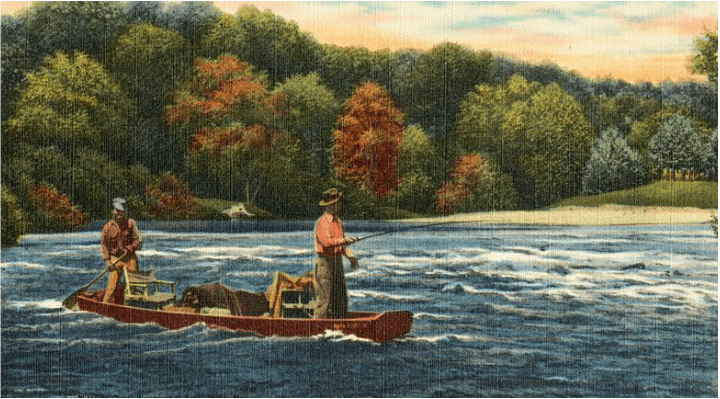 One of the benefits of living in a small town is the fact that if you have a business and a pulse, sooner or later you’ll probably be ‘awarded’ the Business of the Week / Month.  Because I currently have both, this has happened to me several times, including the WEST PLAINS QUILL PIECE by Terry Hampton from a few years ago.  The latest is Chamber Director RENEE DEPRIEST’S FACEBOOK ARTICLE for the Mountain View Chamber of Commerce (thanks Renee, and good luck with the new job!).   Just so you know, there’s nothing I’ve done to be chosen for this honor other than being in business a long time.  How long is ‘long’?

I moved to MOUNTAIN VIEW almost 25 years ago, not knowing anyone within 100 miles.  I had fallen in love with the CURRENT RIVER, and could hear the Ozarks calling my name.  My first four years were spent in Bob & Nancy Young’s Liberty Bell Building (catty-corner from Veteran’s Park), moving to our current location the week Amy and I got married in early 1996.  While realizing I certainly have a long way to go; after a quarter century of practice, I feel I’ve figured a few things out.   What are those things and what makes me different than other chiropractors?   Let me answer by picking on my profession for a moment.

Probably the single biggest knock against Chiropractors is that they want you to come back over and over and over again (HERE).  While not a phenomenon limited solely to the chiropractic profession (HERE), the criticism is well deserved.  Although sometimes multiple visits are unavoidable — such as in patients struggling with serious disc problems, who will probably require a number of sessions of SPINAL DECOMPRESSION THERAPY in the hope of avoiding SPINAL SURGERY — most of the ime they are not.  Most problems I see can be dealt with quickly and without lots of visits —- if proper methods of treatment are employed.  I’ll give you a quick example from the middle of last week.

After finally convincing Jessie that her problem was likely due to SCAR TISSUE / FIBROSIS, she underwent two or three of our Tissue Remodeling treatments sometime last year.  Despite having a number of adjustments over the course of many previous years with little to show in terms of long-lasting results (i.e. relief), once I employed the proper treatment methods, her problem resolved almost instantly — a chronic problem she had dealt with for nearly a decade and a half.

As you might imagine, results like this tend to bring CHRONIC PAIN PATIENTS out of the woodwork. Over the past several years, I’ve had the opportunity to treat patients from the majority of the fifty states, as well as Switzerland, SCOTLAND (by way of San Diego), India, France, Mexico, Fiji, Canada, and others (HERE’S MAX FROM NEW YORK).  In fact, it’s become a big enough part of my practice that Tuesday and Thursday mornings are specifically designated for LONG-DISTANCE & INTERNATIONAL PATIENTS.  You can get a better idea of what this looks like by browsing our TESTIMONIAL PAGE.    But, as exciting as it is to treat patients from all over the world, the chief thrust of my practice is the thousands of patients from right here at home.

As I mentioned IN MY LAST POST, I am all about empowering my patients to work toward solving their own problems, quickly, effectively, and as inexpensively as possible.  Why is this so important?  Because you and I both know that AMERICA’S DRUGS-FIRST CULTURE isn’t getting the job done.   HERE is an example of a person who received no treatment from me, but followed my advice and got off the numerous drugs she was taking for the five (5) AUTOIMMUNE DISEASES she had been diagnosed with.  Oh; and as a “side effect” of the process, she lost 100 lbs in seven months.  A fluke?  Not really.  Her husband also lost 100 lbs, and in one year’s time has become a long-distance bike racer of some renowned (keep killin it Ryan!).

It’s easy to make an appointment at Schierling Chiropractic, LLC.  Just call Cheryl at 417-934-6337.   HERE’S what your first visit will look like.  Although I see see a wide array of patient problems in my clinic (HERE), the areas I tend to focus on most include LONG-TERM NECK PAIN, CHRONIC SHOULDER PAIN, BUTTOCK PAIN, ARTHRITIC PAIN, and CHRONIC RIB PROBLEMS.  Of course I see lots and lots of people with LOW BACK PAIN as well.