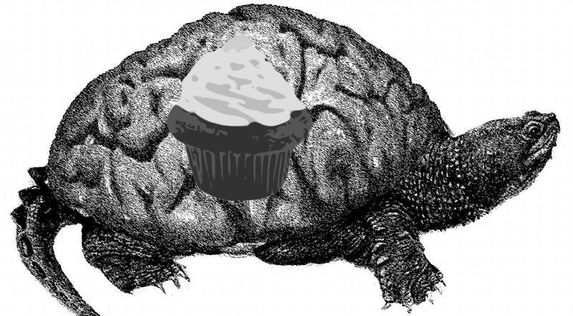 COULD SUGAR BE SLOWING YOUR
BRAIN FUNCTION TO A CRAWL?

Although I would assume that we had come to the point here in America where people have finally realized that sugar can affect them in ways never before dreamed of, I WOULD BE WRONG about that assumption. Not only are sugar and highly processed carbs massively inflammatory (HERE), they’re without argument the leading cause of the health issues on THIS LIST of chronic and acute diseases that are considered “inflammatory”.   Thus, IT SHOULDN’T BE NEWS when we see Alzheimer’s being linked to sugar consumption as well.  Or should I say yet again.

A study from this month’s issue of Scientific Reports (Macrophage Migration Inhibitory Factor is Subjected to Glucose Modification and Oxidation in Alzheimer’s Disease) brought this whole topic (Alzheimer’s is really type III diabetes) to a head one more time.  It seems that while the mechanism of brain damage (Tau Plaques) was not quite accurate, the underlying premise — that consuming high glycemic index carbs — was.  The study’s abstract states….

“Early Glycation inhibits MIF enzyme activity and ability to stimulate glial cells. MIF is involved in immune response and insulin regulation, hyperglycaemia, oxidative stress and glycation are all implicated in Alzheimer’s Disease. Our study indicates that glucose modified and oxidised MIF could be a molecular link between hyperglycaemia and the dysregulation of the innate immune system in Alzheimer’s Disease”

In essence, ADVANCED GLYCLATION END-PRODUCTS (AGES) inhibit the white blood cells (macrophages) that act as garbage scavengers, cleaning up your body on the inside.  This leads to immune system reactions (inflammation), DIABETES, or at the very least, PRE-DIABETES and OXIDATIVE STRESS, all of which stimulate the most abundant cells in the brain — the GLIAL CELLS.  Unfortunately, hyperstimulation of glial cells can have far-reaching consequences, including CHRONIC PAIN in the form of something called “CENTRAL SENSITIZATION“.

For those of you who think this is brand new information, or that Alzheimer’s Disease is largely a “GENETIC” condition, you would be mistaken on both counts.  Take a look at 2008’s study from Brown University that was published in the Journal of Diabetes and Science Technology (Alzheimer’s Disease Is Type 3 Diabetes–Evidence Reviewed).  With a bibliography containing over 130 other studies and books, the authors concluded that…

We conclude that the term “type 3 diabetes” accurately reflects the fact that AD represents a form of diabetes that selectively involves the brain  Altogether, the data provide strong evidence that AD is intrinsically a neuroendocrine disease caused by selective impairments in insulin and IGF signaling mechanisms, including deficiencies in local insulin and IGF production.

At the same time, it is essential to recognize that Type II Diabetes and Type II Diabetes are not solely the end results of insulin/IGF resistance and/or deficiency, because these syndromes are unequivocally accompanied by significant activation of inflammatory mediators, oxidative stress, DNA damage, and mitochondrial dysfunction, which contribute to the degenerative cascade by exacerbating insulin/ IGF resistance.”

This proves something I have shown you over and over again.  While sugar is one of the single most inflammatory things you can put in your body (HERE), Type II Diabetes is not really as much a sugar problem as it is an inflammation problem.  What does this mean to you, the person suffering through the effects of Diabetes despite the myriad of DIABETES DRUGS you are taking?  It means that it is not only imperative that you learn what inflammation is (HERE), but what steps can be taken to stop it at its source (HERE).

As I have shown repeatedly, the number one problem facing America is Blood Sugar Dysregulation (HERE).  Why is knowing this such a big deal?  Because frankly, it is the root of almost every other non-genetic health issue there is.  But here’s the good news — you can take the bull by the horns and actually do something about it.

In other words, you prevent Diabetes of the Brain (Alzheimer’s) in essentially the same manner you would strive to prevent DIABETES in general.  I get it; there may be too much damage to to actually improve full-blown Alzheimer’s Disease.   But do you have children or grandchildren?  It’s never to late to turn over that new leaf and start looking at SOLUTIONS LIKE THESE.

If you are interested in other posts on ALZHEIMER’S DISEASE in general, just follow the link.  Since this post was written I published a much larger post dealing with the science behind Type III Diabetes (HERE).  And if you know people who need to hear this life-and-death information, the easiest way to get it in front of them is by liking, sharing, or following on FACEBOOK (tag them for Pete’s sake — people do it all the time).

Dr. Schierling is licensed chiropractor and world-renowned for intervention with persistent chronic pain. Dr. Schierling focuses on a holistic approach to helping end his patients’ chronic pain that includes Scar Tissue Remodeling Therapy.
All Posts »
PrevPreviousconventional fitness and weight loss wisdom says eat less and exercise more.  should we be eating more and exercising less instead?
Nextchronic neck pain: how important is stretching?Next