obesity and your endocrine system

THE RELATIONSHIP BETWEEN OBESITY
AND YOUR ENDOCRINE SYSTEM 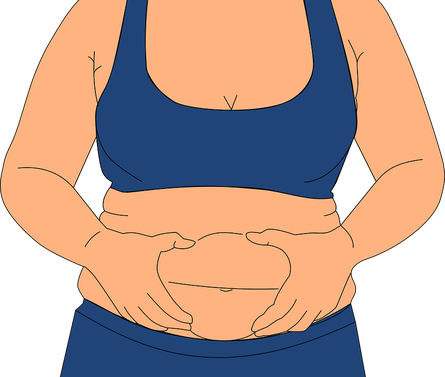 Marta Cuesta – Lena/España – Pixabay
If you look at ancient art, you will notice that obesity is not a new phenomenon.   Although a very slight amount of obesity is due to genetic factors, this is much rarer than we are led to believe. But hey —- it makes for a great excuse.  Most people think of weight gain in terms of eating more calories than we burn; and weight loss in terms of eating fewer calories than we burn.  This is why counting calories is such an important part of most diet plans.   But once you understand the Endocrine System, how its hormones function, and their relationship to metabolism, you’ll start to see how ridiculous our dietary concept of calories really is.

WHAT IS A CALORIE?
By definition, a calorie is the amount of energy it takes to raise one cubic centimeter (CC) of water, one degree Celsius.  There are three essential macro-nutrients (four if you count water).  They are carbohydrates, fats (aka lipids) and proteins.  The “Holy Grail” of weight loss is calorie counting.  As far as counting calories is concerned, science tells us that…….

Half the world’s population is living on fewer than 2,500 calories a day, while about half are consuming over 3,000 calories per day.   Looking at this calorie distribution map raises a question.  If caloric intake is the sole cause of Obesity, why is 70% of the adult American population overweight or obese, while European obesity rates are a small fraction of ours, even though we are eating similar numbers of calories?  As a side note: The Russians used to be lean, but the past decade has seen skyrocketing Soviet obesity due to processed foods and increasingly sedentary lifestyles.  It seems like we won the Cold War and are now in the process of “Westernizing” the rest of the planet in regards to health and weight.

WHEN IT COMES TO YOUR WEIGHT,
THE ENDOCRINE SYSTEM RULES

I want to briefly show you why your weight is all about your ENDOCRINE SYSTEM and not simply how much or how little you eat (how many calories you consume).  In order to understand that it is hormonal factors and not dietary fat that makes you fat, you will need a cursory understanding of the part of the Endocrine System that very specifically deals with digestion and metabolism.  The Endocrine organs that I want to touch on today are the Pancreas, Adrenal Glands, Sex Glands (Ovaries and Testes) and Thyroid.

PANCREAS
The Pancreas makes two very important hormones as far as weight is concerned; Insulin and Glucagon.  Insulin is a storage hormone, which, in significant amounts can not only cause all sorts of sickness and disease, it can cause weight gain in the form of fat.  Glucagon is its opposite.  It causes the body to burn fat stores for energy.

Think about it for a moment…….. what if you knew how to control these two hormones?  It’s easier than you might think.  Because I have written extensively about these hormones, I will send you to a previous blog post on the topic (HERE).  Just understand that as far as weight gain / obesity, dietary fat is essentially an inert substance.  You”ll soon see that not only is it carbs that largely drive the Endocrine System, but that dietary fat actually has the effect of blunting the effects of carbs and insulin.  No; dietary fat does not make one fat.  If this were true, farmers would be feeding their cattle bacon instead of corn.

ADRENAL GLANDS
By now everyone knows that excess amounts of the body’s chief stress hormone (Cortisol) causes obesity.  When stress triggers the Sympathetic Nervous System, Cortisol is released into the blood stream.  This immediately signals the body’s “Fight or Flight” mechanism.  The body needs glucose (blood sugar) and it needs it right now.  Besides going after the glucose found in muscle glycogen, it actually starts breaking down its own muscle mass.  Because the excess sugar is not needed for most of our modern stress responses (we are not having to run from a saber tooth tiger), the body starts storing this excess blood sugar as fat —- belly fat.  To learn about the relationship between Fibromyalgia and Adrenal Fatigue, just visit THIS PAGE.

SEX HORMONES; TEST & EST
Interestingly enough, your sex hormones play a huge part in your weight.  For any number of reasons that can be seen HERE, our population faces an almost totally ignored health epidemic — Estrogen Dominance.  Estrogen Dominance is exactly what it sounds like — a dominance or over-abundance of the sex hormone Estrogen in relationship to other sex hormones.  Estrogen is the hormone that makes women women.  It gives them soft skin, brings forth secondary sex characteristics, and it makes women naturally carry more body fat than men — on average about 10% more.

Estrogen is made in two different places in your body; the ovaries and the fat cells.  As women get heavier, fat cells increase, and as they increase, they make more Estrogen.  The Estrogen causes women to be fatter, which causes them to make more Estrogen.  Repeat the cycle indefinitely.  Oh, and understand that on some level, this cycle happens in men too.  Why do you think that overweight men are much more prone to having what looks like female breasts, impotence, and even more weight gain?

Testosterone, the male hormone, is also important in the weight department.  Without proper amounts of testosterone, men cease acting and functioning like men.  Some of the signs of low Testosterone include….

If the problem gets bad enough, men can end up functionally a eunuch.  Notice what Web M.D. says about this topic, “Obesity and low testosterone are tightly linked….  Fat cells metabolize testosterone to estrogen, lowering testosterone levels“.  Not surprising considering what we just learned about Estrogen in females.  High Blood Pressure, Heart Disease, Obesity, High Cholesterol, High Triglycerides, and Metabolic Syndrome (all of these are caused by UNCONTROLLED BLOOD SUGAR) are also heavily linked to LOW T.

THYROID
Your Thyroid is the seat of your metabolism.  When it does not function properly, weight gain is one of the most common consequences.  Because I have a huge Blog Post on the thyroid, you can see how this all works by going HERE.

So, despite what you have been told, dietary fat does not make you fat.  OBESITY is largely a function of your Endocrine System, and is driven (or controlled) by one’s blood sugar.    For more information on the Endocrine System and its relationship to Gut Health, visit ENDOGUT.  I would also strongly suggest the book,Good Calories, Bad Calories by Gary Taubes.