OBESITY, DEPRESSION, LOSS OF LIBIDO, AND THEIR RELATIONSHIP TO POOR GUT HEALTH 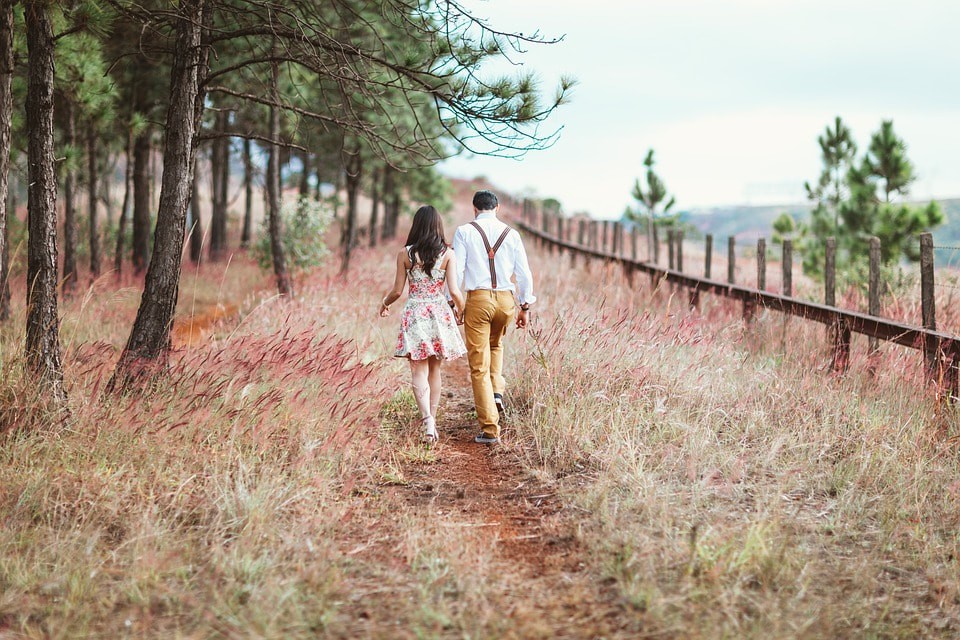 aliceabc0 (Português) from Pixabay
The word “libido” not only entails one’s sex drive or desire to engage in sexual activity, but includes things like sexual thoughts and sexual responsiveness as well.  Here in America, LOSS OF LIBIDO (formally referred to as HSDD or Hypo-Sexual Desire Disorder) is said to affect approximately 1 in 5 males.  But according to 2006’s giant PRESIDE study, almost 45% of America’s females have a sexual dysfunction, with ‘lack of interest‘ coming out on top at almost 40% —- nearly double what was seen in the NHSLS Survey of 1999.   Did you catch that?  Contrary to what you may have learned, lack of desire is not considered normal.  It is considered to be a “dysfunction”.

When you look at lists of the things that most commonly affect one’s sex drive in an adverse manner (whether male or female), there are two that seem to come up over and over and over again; Depression and Obesity.  If you follow my blog, you’ll see that I have written about both topics extensively.  My goal is to help those of you dealing with this unhappy triad of OBESITY (be aware that it’s possible to fall into this category even if you are ‘SKINNY‘), DEPRESSION, and Low Libido, get your lives back without feeling the need to resort to dangerous and addictive drugs.

If you want a good marriage, you need to be having sex.  Period — end of story.   Buying into the myth that, “as long as both parties agree, even once a year is fine,” is missing the point on many different levels.   Not only is sex going to deeply connect you to your spouse, the peer-reviewed scientific literature is absolutely chocked full of its known benefits including things like…..

Unfortunately, not only are increasing numbers of couples not having much sex, many are actually in marriages that are, by definition, “sexless” (less than once a month or less than 10 times per year). This begs the question as to how much sex is “normal”?  Although every couple is different, over the past twelve years, the average for married couples here in America has dropped from 132 times per year to 103 times per year (-22%).   After a little study on the matter, it’s not difficult to figure out why.

IF SEX IS SO GOOD FOR PEOPLE, WHY IS THE FREQUENCY DROPPING SO DRAMATICALLY?

There a whole host of reasons that either men or women would not desire sex — many of which are emotional.  However, it is no coincidence that during the same twelve years mentioned above, the incidence of DIABETES, CARDIOMETABOLIC SYNDROME, Obesity, Depression, FIBROMYALGIA, ENDOCRINE PROBLEMS, and all sorts of “LEAKIES” have all skyrocketed — all of which are associated in the peer-reviewed scientific / medical literature with DIMINISHED LIBIDO.  As far as men are concerned, the number one reason (other than serious illness) that they would not desire sex would be Low Testosterone.  And guess what?  Both Blood Sugar Dysregulation and Depression are intimately associated with “LOW TESTOSTERONE“, which is itself intimately tied to Obesity — particularly CENTRAL OBESITY.  Although Central Obesity is increasingly an issue with women, women are naturally more complicated than men to get to the root of the problem.
The numbers speak for themselves.  12% of American women and nearly 7% percent of American men aged 18 and older (over 12 million and 6 million respectively) deal with Clinical Depression — numbers that skyrocket far beyond this if you figure in sub-clinical Depression as well as those who have never been ‘officially’ diagnosed.   If you factor in the fact that Depression is characterized as a disturbance in one’s mood, which is characterized by feelings of sadness, anger, low self-esteem, general loss, and loss of interest in pleasurable activities, you begin to see where this is headed.  Take it a step further and notice that the scientific-medical literature on the subject also strongly associates Depression with a PATHOLOGICAL CRAVING for processed carbohydrates.  Once you understand that the vast majority (90 – 95%) of the body’s serotonin (a ‘feel-good’ neurotransmitter) is manufactured in the Gut (HERE), the link between Depression and loss of libido starts to become more clear.

A 1995 study done at Massachusetts Institute of Technology called Brain Serotonin, Carbohydrate-Craving, Obesity and Depression, and published in the medical journal Obesity Research, had this to say on the subject, “Serotonin-releasing brain neurons are unique in that the amount of neurotransmitter they release is normally controlled by food intake: Carbohydrate consumption.  Serotonin release is also involved in such functions as sleep onset, pain sensitivity, blood pressure regulation, and control of the mood. Hence many patients learn to overeat carbohydrates (particularly snack foods, like potato chips or pastries, which are rich in carbohydrates and fats) to make themselves feel better. This tendency to use certain foods as though they were drugs is a frequent cause of weight gain, and can also be seen in patients who become fat when exposed to stress, or in women with premenstrual syndrome……..“

I would think that we would all agree that Depression needs to be treated.  The problem though is that treating Depression with anti-depressant medications can be a double-edged sword that often produces a vicious (and sexless) cycle.  This is because not only is Depression a libido destroyer in and of itself, but so are the medications used to treat it.

Depression is bad news for the libido because while it is sapping one’s sex drive, the antidepressants prescribed to treat it are doing the same thing.  The conclusion of a large meta-analysis of studies on this topic was published in Journal of the American Medical Association (JAMA) Psychiatry in 2010.  The study called, Overweight, Obesity, and Depression: A Systematic Review and Meta-analysis of Longitudinal Studies, said that, “This meta-analysis confirms a reciprocal link between depression and obesity. Obesity was found to increase the risk of depression, most pronounced among Americans and for clinically diagnosed depression. In addition, depression was found to be predictive of developing obesity.”  And the kicker is that despite most drug’s warning labels saying that somewhere between 2 and 16% of those on antidepressants (SSRI’s) will develop sexual side effects, many experts say that 40% of those on anti-depressants develop diminished libido.  Both groups might be significantly underestimating the problem.

The Journal of Clinical Psychiatry published a study clear back in 2001 that looked at the medical records of 1,000 individuals who were being treated for Depression at the University Hospital of Salamanca (Spain).  A whopping 57% of the women reported sexual side effects of their treatment — mostly SSRI’s.  The most common were loss of libido and orgasm dysfunctions such as inability to orgasm or painful orgasm.  And while the women’s side effects were considered to be more severe, men were affected at a rate that was actually 5% higher than the women.  The results were similar in a South Korean study that was published in a 2010 issue of the medical journal Psychiatry Investigations.  After looking again at the effects of SSRI’s on sexual health, the authors concluded that, “The incidence of sexual dysfunction was substantially high during antidepressant treatment…..  Our study suggests the need for clinicians to consider the impact of pharmacotherapy on patients’ sexual functioning in the course of treatment with antidepressants.“

Could dealing with one’s obesity have positive effects in the bedroom?   In 2009 one of the true experts in the field, Dr. Mitu Shah, an OB / GYN professor at the University of Missouri Saint Louis Medical School, weighed in on the matter in the conclusion of a study published in a 2009 edition of Obstetrics and Gynecology Clinics of North America.  This expert in the field of Menopause and Female Sexual Disorders stated that,  “The treatment of obesity will have a positive effect on a woman’s sexual health, with a likely improvement in FSD (Female Sexual Dysfunction) and a decrease in risk factors related to contraception, pregnancy, infertility, and menopause“.  Did you catch that?  Not only is dealing with one’s weight going to help boost libido, it is going to help a wide variety of female reproductive issues.  This should not come as a surprise for those who read THIS POST a couple of weeks ago.

The bottom line is that I could quote the scientific research all day long, as there are literally hundreds — probably thousands of studies on the topic.  Instead of doing that, I want to leave you with a few things that you can do to boost your sex drive naturally.  These are not gender-specific and unless otherwise noted, will work equally well for both men and women.  They are in no particular order.

aliceabc0 (Português) from Pixabay
This article is really no different than dozens of others I have written.  There is no simple fix for diminished libido, but there is a simple formula.  It is virtually the same formula you would use to begin solving almost any health problem you might be dealing with.  This is because Low Libido, along with practically every other health problem you can think of, is nothing more than a symptom of a deeper and more serious health problem.  The cool thing is that when you address your health by changing your diet and lifestyle, you will likewise address virtually everything that is ailing you.  HERE is an example of what I am talking about.
Share on facebook
Facebook
Share on twitter
Twitter
Share on linkedin
LinkedIn
Share on pinterest
Pinterest
Share on reddit
Reddit

Dr. Schierling is licensed chiropractor and world-renowned for intervention with persistent chronic pain. Dr. Schierling focuses on a holistic approach to helping end his patients’ chronic pain that includes Scar Tissue Remodeling Therapy.
All Posts »
PrevPreviousadhd and obesity
Nextexcerpts from “death by medicine”Next