one result of evidence-based medicine

EVIDENCE-BASED MEDICINE
WHERE DOES THE EVIDENCE LEAD?
JUST FOLLOW THE MONEY! 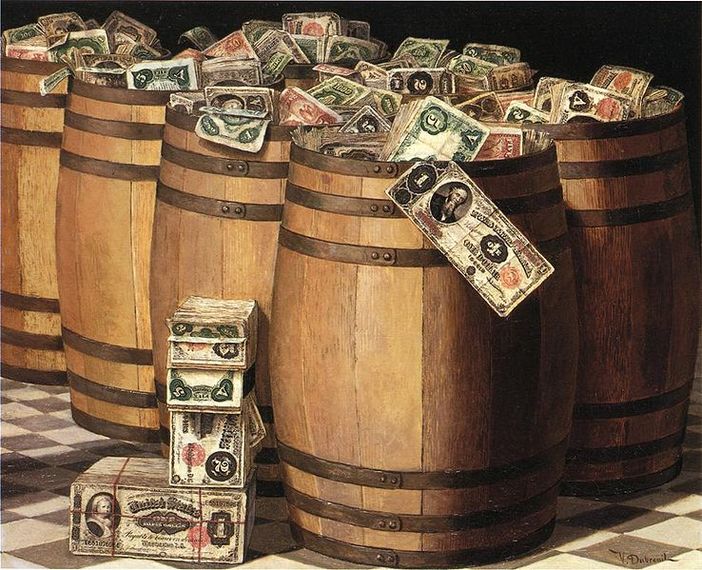 Just this week, one of the oldest and most prestigious medical journals on the planet (BMJ) published an editorial from a doctor in Scotland called, “Evidence Based Medicine is Broken“.  Papers like this beg the question; What did the medical community do before EBM?  After 25 years in the industry, I can assure you that much of the time they ignored the evidence and did whatever made them the most money (HERE).  Don’t believe me?  We’ll get there momentarily.  The problem is, the ‘evidence’ is still being largely ignored today (YESTERDAY’S POST).  If you need more proof, read the dozens of posts filed under EBM to see what I’m talking about.  Evidence is only accepted as evidence if there is big money involved.  And despite what folks in Washington are telling you, this problem is as rampant today as it ever was.  A big reason the chasm between the research side of medicine and the practice side of medicine continues to grow (HERE).

The proverbial Quest for Truth.  When it comes to the practice of medicine, where do we find the evidence, and what do we do with it once it’s been discovered.  Great questions, but probably more elusive than we would like to imagine.  This is because all too often, the “evidence” is found wherever the money is found.  Although there are those who are enthralled with Evidence Based Medicine (pencil pushers, government bureaucrats, etc), money is the overriding reason that we cannot trust what has come to be known as “Evidence-based Medicine” (an obvious problem in ENGLAND as well as the U.S.).   But there are other reasons Evidence-Based Medicine is bad — reasons that affect everyone who goes to the doctor.

Now we find out that EHR’s (Electronic Health Records) are such a complicated pain-in-the-you-know-what, that using them takes up 43% of the doctor visit in the Emergency Room (only 28% of the “patient contact” is spent actually interacting with the patient).  In fact, a recent study published in the American Journal of Emergency Medicine said that during an average 10 hour shift, Emergency Room Physicians will click their mouse just under 4,000 times.  Gulp!  This means that the average doctor visit involves your doctor spending much more time staring at their computer screen, hoping to reach tricky government-mandated goals for record keeping, than the time they spend with you.  And it’s about to get worse —- much worse.

With the government going broke (it’s not like this is a secret), and deep cuts being made by insurance companies, doctor’s offices, clinics, and hospitals everywhere —- as well as the implementation of the brand new ICD-10 Codes which are replacing the ICD-9 Codes (HERE) —- things are getting ready to bog down worse than a Corvette at a mud-run.  Remember this the next time you spend three hours waiting for a doctor visit that lasts all of 5 minutes (with the doctor spending half that time on their computer).