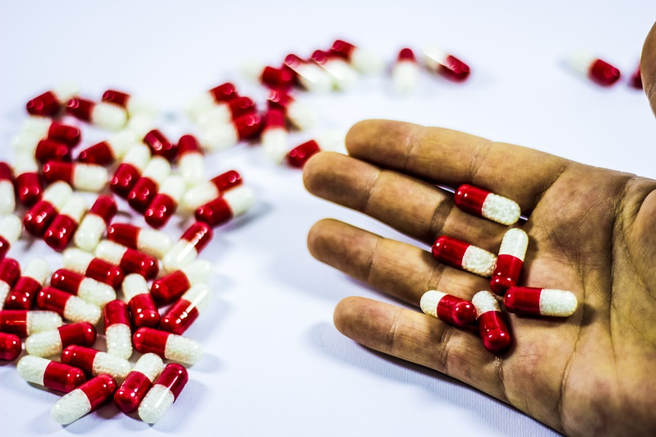 Ewa Urban – Lublin/Polska – Pixabay
Have you ever heard of Valium? Of course you have!  According to its manufacturers, “It possesses anxiolytic [anti-anxiety], anticonvulsant, hypnotic, sedative, muscle relaxant, and amnestic [amnesia – forgetfulness] properties.”  And it happened to be the number one selling drug in America from 1969 to 1982.  It’s still popular today in its many generic forms. A large-scale nationwide USA government study conducted by the Substance Abuse and Mental Health Services Administration, found that benzodiazepines (generic forms of Valium) in America are the most frequently abused pharmaceutical, and involve 35% of drug-related Emergency Room visits. The Drug Enforcement Agency might argue this point.

According to recent DEA stats, Valium and its generic brothers are no longer king of the hill. That distinction goes to Hydrocodone (Lorcet, Lortab, Vicodin, many others) —- a narcotic pain killer that is the number one selling drug in America (131.2 million prescriptions in 2010) . It has been the number one selling American drug for several years, and use has grown 400% over the past decade.

A close relative of Hydrocodone is Oxycodone. In a time-release capsule, this is known as OxyContin (aka “Hillbilly Heroin”). OxyContin is incredibly addictive — particularly when it is crushed before being ingested. That way the user gets the entire time-released “boost” all at once. According to the Drug Enforcement Administration’s annual count of drug seizures sent to police drug labs for analysis, Oxycodone is now the most-abused medicine in the United States, with hydrocodone running a close second second.

Exactly how big a problem is the Narcotic Pain Reliever market in America? According to a 2008 study by the International Narcotics Control Board, the United States consumes 99 percent of the world’s hydrocodone and 83 percent of its oxycodone. However, these drugs pale in comparison to a new narcotic that will make OxyContin look like Skittles. Enter ZoHydro —- the drug addict’s fantasy.

ZoHydro, along with similar offerings by several other drug companies, are slated to start hitting the markets a year from now. This new wave of drugs are Hydrocodone-based. The difference is that they are a purified form of Hydrocodone that is said to be 10 times more powerful than Vicodin. Like OxyContin, they are time-release drugs. Again, this means that users can crush the drug, and then snort, shoot, or swallow it for an incredible get-the-whole-thing-at-one-time high.

NARCOTIC ADDICTION:
The problem with narcotic-based pain relievers is their addictive nature. What works today, won’t work tomorrow. And what kills pain tomorrow, won’t kill it next week. It is a slippery slope that leads every-day people into what is known as the, “Respectable Addiction”.

In response to these drugs, April Rovero, president of the National Coalition Against Prescription Drug Abuse recently said, “I have a big concern that this could be the next OxyContin. We just don’t need this on the market.” “It’s like the wild west,” said Peter Jackson, co-founder of Advocates for the Reform of Prescription Opioids. “The whole supply-side system is set up to perpetuate this massive unloading of opioid narcotics on the American public.” “You’ve got a person on your product for life, and a doctor’s got a patient who’s never going to miss an appointment, because if they did and they didn’t get their prescription, they would feel very sick,” said Dr. Andrew Kolodny, president of Physicians for Responsible Opioid Prescribing. “It’s a terrific business model, and that’s what these companies want to get in on.”

DEATH BY NARCOTICS:
How many people die each year in America due to drug addiction?  The answer will shock you.  In America, an estimated 900,000 a year die as the direct result of their addictions.  Mind you, the majority of these are due to tobacco and alcohol.  However, narcotic-related deaths are on the rise.  Ten years ago, the Department of Health and Human Services said that over 30 million people admitted to using narcotics for other reasons than pain relief.  In 2005, Dr. Leonard Paulozzi from the Centers for Disease Control and Prevention testified before congress that roughly 22,000 people had died from drug overdoses, with the majority of those deaths due to narcotics. He also said that the increasing amount of deaths due to overdoses was directly related to the rise in narcotic use.

WHAT CAN A PERSON DO FOR THE PAIN?
This is a question that I am hit with in my office on a daily basis.  “What can I do for the pain?”  It’s a legitimate question.  Pain is a real bummer.  Chronic pain saps your energy and drains your life away.  Recent research says that the brains of people with chronic pain atrophy at almost 10 times the rate of people without pain.  It is important to deal with pain.  However, it is critical that you deal with the CAUSES of the pain, and not just cover symptoms —- i.e. living on pain pills.

COME BACK TOMORROW to learn about the various things that you can do for pain relief.