pcsk9 inhibitors and the continued war on cholesterol

A NEW WEAPON IN THE WAR ON CHOLESTEROL
PCSK9 INHIBITORS 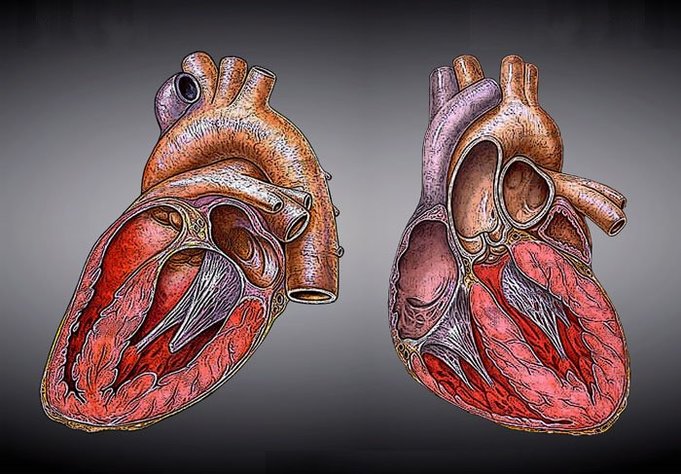 Heikenwaelder Hugo www.heikenwaelder.at
First it was RED MEAT & SATURATED FAT that was killing us.  Then it was eggs.  After that came the campaign against SALT.  One of the biggest targets of medical malignment (and PHARMACEUTICAL RICHES) has been CHOLESTEROL — mostly via STATIN DRUGS.  And on top of all this, most doctors are still urging people to eat a LOW FAT DIET (although thankfully, this last point is subsiding to a small degree).  Forget the Statin Drugs though.   When it comes to lowering Cholesterol there’s a new sheriff in town; the PCSK9 Inhibitors.

PCSK9 is the common terminology used to describe the enzyme encoded by the Proprotein Convertase Subtilisin / Kexin type 9 gene.  PCSK9 helps create the enzyme that binds to the receptor for the so-called “bad” Cholesterol —- LDL (Low Density Lipoprotein).  According to the government’s National Institutes of Health (Genetics Home Reference’ PCSK9)……

“The PCSK9 gene provides instructions for making a protein that helps regulate the amount of cholesterol in the bloodstream.   The PCSK9 protein appears to control the number of low-density lipoprotein receptors, which are proteins on the surface of cells. These receptors play a critical role in regulating blood cholesterol levels. The receptors bind to particles called low-density lipoproteins (LDLs), which are the primary carriers of cholesterol in the blood.”

If you can somehow “block” the PCSK9 gene, there will be more receptors — mostly in the liver — that bind to LDL, and remove it from the bloodstream, thus lowering blood levels of ‘bad’ Cholesterol.   If you believe that Cholesterol is the root of all evil, this sounds fabulous.  For those few who have “genetic” high cholesterol (Familial Hypercholesterolaemia), it might be fabulous.  The problem is, advertisements for Statin Drugs have brainwashed the American people in two unique ways.  Allow me to explain.

The highlighted paragraph above was cherry-picked, meaning I removed a couple of sentences for the sake of space and clarity.  One of those sentences read thusly, “Cholesterol is a waxy, fat-like substance that is produced in the body and obtained from foods that come from animals.”  This statement is patently untrue, as even the most current governmental guidelines on Cholesterol (“GUIDELINES” tend to run far behind current research) have abandoned this idea (HERE).   Believing dietary Cholesterol has much of anything to do with blood levels of Cholesterol is a huge part of what leads doctors to ignore THIS, while promoting something more akin to THIS.

Secondly, very few people with high blood levels of Cholesterol or Triglycerides are that way because of “genetics” — even though this is what large numbers of patients are being told.  An acquaintance had a heart attack at age 30, discovering at that time he had a Triglyceride reading of 18,000 (under 150 is considered “normal,” with anything over 500 being considered “high risk”).  I once had a patient whose total cholesterol was something like 1,500 without meds, and 450 controlled.  These are people who actually have a ‘genetic’ issue.  The rest of you have an EPIGENETIC ISSUE.

Unfortunately, none of this has stopped drug companies from preying on those who have bought into these two misnomers.  The company / drug that most readily comes to mind is Merck’s VYTORIN, with their clever TV commercials a few years back.  Vytorin is a Statin Drug (it contains another Cholesterol-lowering medication as well), about which their website states….

“Let’s start with a fact that may surprise you. Did you know your cholesterol comes from two sources? That’s right, not only does cholesterol come from food, but it also has a lot to do with your family history.  This may explain why your LDL (bad) cholesterol could still be high, even though you’re trying hard to lower it with diet and exercise.  When diet and exercise aren’t enough, adding VYTORIN can help. Ask your doctor if VYTORIN is right for you.”

This new wave of drugs is about to make Statins passé.  As the medical community moves forward in its never-ending war on Cholesterol (they are actually being ‘pushed’ forward by Big Pharma), it is PCSK9 Inhibitors that are proving themselves to be the gold mine du jour.  As I showed you earlier, PCSK9 Inhibitors reduce Cholesterol levels via blocking the PCSK9 gene.  For the most part, this is being done via introducing genetically modified “Monoclonal Antibodies” (most of these drugs end in the suffix “mab”), which are cultured in MICE, YEAST, or viruses.  However, in similar fashion to WHAT’S BEING DONE WITH BLOOD PRESSURE, it’s vaccines that are proving to be the delivery method of choice as far as the new anti-cholesterol drugs are concerned.  How do these vaccines work?

Instead of introducing a “germ” so that one’s Immune System can make antibodies against it, an AUTOIMMUNE REACTION is induced.  Viruses that have had their DNA removed are used as the carrier to get the vaccine against the PCSK9 gene where it is wanted.  According to that venerable wellspring of knowledge and truth, Wikipedia, the “vaccination was associated with significant reductions in total cholesterol, free cholesterol, phospholipids, and triglycerides.”   Not surprisingly, I.A. (Induced Autoimmunity) is the direction that any number of the NEARLY THREE HUNDRED VACCINES CURRENTLY IN DEVELOPMENT are headed.  As a side note, the “mab” drugs (Monoclonal Antibodies) also happen to be used to treat various Autoimmune Diseases such as RA.

What are the side effects of these sorts of drugs?  Who knows and who really cares — just as long as they lower Cholesterol.  According to the medical site Healthline.com (PCSK9: What You Need to Know; Side Effects and Risks), “Adverse events were reported in 69 percent of people taking evolocumab in the clinical trials. Injection-site swelling or rash, limb pain, and fatigue were some of the reported side effects.  In the alirocumab trials, adverse events were reported in 81 percent of participants taking the drug. These included injection-site reactions, muscle pain, and eye-related events.   Long-term side effects and risks are not yet known“.  According to Wikipedia, these effects were severe enough during the studies that, “Before the infusions, participants received oral corticosteroids, histamine receptor blockers, and acetaminophen to reduce the risk of infusion-related reactions, which by themselves will cause several side effects.”  The effects they are talking about can be seen HERE.

Thus far, the worst side effect of PCSK9 Inhibitors seems to be one of same side effects associated with Statin Drugs — Neurocognitive Dysfunction (HERE).  However, you should not be surprised to see a massive spike in side effects as these drugs begin to hit the market.  Firstly, because we know that numerous meta-analysis show that only about 5% of any drug’s side effects are actually reported to the proper authorities (HERE).  Secondly, these drugs are lowering cholesterol levels to previously unheard of levels.   What?  I was under the assumption that you could never be too rich, too thin, or have Cholesterol levels that were too low.

Writing for the July 11, 2013 issue of CNN’s website (New Drugs Could Drop Cholesterol to Extreme Lows) author Matt Sloane wrote, “With a statin medication, you can often get somebody’s cholesterol between 70 and 100 mg/dL,” said Dr. Elliott Antman, president-elect of the American Heart Association and a dean at Harvard Medical School. “If you use these monoclonal antibodies, you could see a number way less than 50.”  Once you understand why Cholesterol is necessary for good health (HERE is one reason) you’ll begin to see the madness in this idea of pushing Cholesterol levels to, “way less than 50.”.  And what about the financial cost?

Suffice it to say that the cost of PCSK9 Inhibitors is through the roof.   In a recent article for Formulary Journal called Move Over Sovaldi: Could PCSK9 Inhibitors be a Bigger Cost Challenge?, Tracey Walker wrote, “The cost of these drugs will add nearly $50 per month to the premium costs for every insured person in the United States,” said Don Hall, a former health plan CEO of Delta Sigma LLC, in Littleton, Colo. “If this was the last of the high-cost, high-use pharmaceuticals, the system could adjust and move forward. Unfortunately it’s only the beginning as new drugs for a range of neuromuscular diseases and cancer are poised to hit the market in the next few years. We are quickly getting to the point where healthcare costs crush our economy.”

It seems as though Hall may be underestimating these costs by a wide margin.  I recently read a report saying that the 33% average cost increase for your Health Insurance for the upcoming year (2016) can be largely attributed to this new class of Cholesterol drug (along with the new Hep C drugs).   But unlike the over-priced Hepatitis drugs, which have a cure rate of 90% (at a three month cost of almost $100,000) these drugs cure nothing.  They only lower Cholesterol levels, and will need to be taken (according to most doctors) for the rest of your life.  Although I have seen a wide array of cost estimates online, the most common seems to be in the $1,000 per month range — or about $12,000 per year.   This is on top of the cost for your Statins ($50 – $500 per month).

Here’s the scoop folks, unless you have true “Familial Hypercholeterolemia” (genetic High Cholesterol), you don’t need PCSK9 Inhibitors.  Which begs the question of how common this particular disease really is.  According to the July, 2014 issue of the European Heart Journal (Homozygous Familial Hypercholesterolaemia….), “Historically, the frequency of clinical HoFH has been estimated 1 in 500, although higher frequencies [can be seen] in specific populations.”  This mimics what Clinical Biochemist Reviews (Familial Hypercholesterolaemia) stated back in 2004.  In other words, there are approximately 650,000 Americans who might benefit from these sorts of drugs.  Bottom line; most of you do not need to be begging your doctor for a prescription.