is your child on ritalin?

IS YOUR CHILD BEING MEDICATED FOR ADHD? 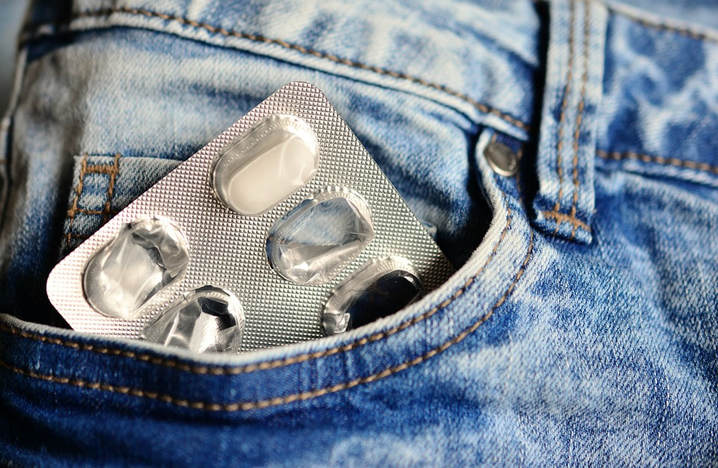 Dr. Archibald Cochrane (1908-1988) was a Scottish physician whose seminal work, Effectiveness and Efficiency: Random Reflections on Health Services, argued that the medical profession could best move forward by placing its emphasis on the evidence extracted from placebo-controlled, randomized trials and cohort studies.  Five years after Cochrane’s death, a group of physicians and researchers decided to do just that by starting the Cochrane Collaboration (now simply called ‘Cochrane’), which publishes their findings in the Cochrane Library, a series of databases.  It also contains their numerous “Cochrane Reviews“.

Cochrane Reviews are large meta-analysis of numerous studies that summarize and interpret the results of medical research.  Unlike many research organizations who make you pay to see their results (usually only the abstract is free), Cochrane Reviews are always freely available to the public in their entirety.   How respected is this group of 37,000 professionals?  A decade ago the Canadian Medical Association Journal stated that Cochrane Reviews are…..

“The best single resource for methodologic research and for developing the science of meta-epidemiology…..”

Thus, the Cochrane Library is an important piece of what we today call “EVIDENCE-BASED MEDICINE“.   In a perfect world, neutral third-party researchers review studies from around the world on a specific topic, and crunch the data.  This is the goal of Cochrane.  We know, however, that there is little research not tainted at least to some degree, by FINANCIAL CONFLICT-OF-INTEREST.  Cochrane is probably as good as anyone at cutting through the COI, weeding it out, and getting down to the brass tacks facts.  A perfect example of a Cochrane Review was found in my recent post on THE EFFICACY OF FLU SHOTS (hint: they’re not).   And just the other day they gave us their thoughts on the drugs used to treat ADHD — the most common being Ritalin.

In case you did not know, Ritalin, as well as similar drugs like Aderall and Concerta, are prescription methamphetamine (HERE), which makes them a prime target for all kinds of abuse.  The recent Cochrane Review (Benefits and Harms of Methylphenidate for Children and Adolescents with Attention Deficit Hyperactivity Disorder — ADHD) tackled this issue head on.  After telling us what ADHD is, and how prevalent it is in American society, they told us something we already knew; “Methylphenidate is the drug most often prescribed to treat children and adolescents with ADHD“.  They looked at 185 studies that involved over 12,000 children diagnosed with ADHD.  They determined that, “Most trials were small and of low quality, and seventy-two of the 185 included trials (40%) were funded by industry.”  They also said that the short duration of the studies, “made it impossible to assess the long-term effects of methylphenidate.”    The group’s conclusions?

“Findings suggest that methylphenidate might improve some of the core symptoms of ADHD – reducing hyperactivity and impulsivity, and helping children to concentrate. Methylphenidate might also help to improve the general behaviour and quality of life of children with ADHD. However, we cannot be confident that the results accurately reflect the size of the benefit of methylphenidate.

The evidence in this review of RCTs suggests that methylphenidate does not increase the risk of serious (life threatening) harms when used for periods of up to six months. However, taking methylphenidate is associated with an increased risk of non-serious harms such as sleeping problems and decreased appetite.”

There are a couple things that stuck out to me in these two short paragraphs.  Firstly, one of the things we know from Cochrane and others is just how UNDER-REPORTED ADVERSE EVENTS really are.  According to several large meta-analysis on the subject, about the best you ever see is that 1 in 10 adverse events is ever reported to the proper authorities so that it can actually become a statistic, with most studies putting that number closer to 1 in 100 (see the link).  Secondly, although they don’t reveal it in these two paragraphs, no one is really sure how these drugs even work.  A scary thought considering we are dealing here with one of the most addictive substances on the planet — Meth.  And thirdly, while the Cochrane Review considers things like INSOMNIA & DECREASED APPETITE, “non-serious,” I would argue the opposite.

Not only are these two side-effects potentially serious — particularly for children —- but they are the very hallmarks of methamphetamine addiction.  After Googling “hallmarks of meth addiction” and clicking the first thing that came up (Behavior Characteristics of Meth Addiction and Crystal Meth Addicts at Stop Meth Addiction dot com), the second thing on their list — right behind “jumpy eyes” was, “loss of interest in normal activities, food, water, sex, sleep.“

Every time I think about this topic I think of the late Kurt Cobain, front man for the Seattle grunge band Nirvana.  It’s no secret that like many children and adolescents, he had issues.  And like millions of other American children, even though Nancy was telling us all to ‘Just Say No,’ those who were supposed to love and care about us the most (parents, teachers, doctors, etc) were instead prescribing Meth.  It’s no secret that Cobain was on Ritalin by age 7.  After blowing his head off with a shotgun in April of 1994, his widow, Courtney Love, said, “When you’re a kid and you get this drug that makes you feel that feeling, where else are you going to turn to when you’re an adult?”  If what she is saying is accurate, and I think it is, we are making addicts out of a second generation of American children.

The thing is folks, there are better ways to deal with your children’s attention and behavior issues than taking them to a doctor who is going to give them Meth (and you thought WEED was a gateway drug).  I would argue that the first thing you need to do is to clean up their diet.  What do I recommend?  Essentially the same thing I recommend for all CHRONIC INFLAMMATORY ILLNESS or AUTOIMMUNE DISEASES —- a PALEO-LIKE DIET based on WHOLE FOODS.   Honestly, if you follow this step, you will solve 90% of these cases.  The other thing you might have to do is actually DISCIPLINE YOUR CHILD.  Bottom line, if you are trying to justify the reasons you are allowing a physician to prescribe Methamphetamine (Methylphenidate), it might be time to re-evaluate the situation.

Dr. Schierling is licensed chiropractor and world-renowned for intervention with persistent chronic pain. Dr. Schierling focuses on a holistic approach to helping end his patients’ chronic pain that includes Scar Tissue Remodeling Therapy.
All Posts »
PrevPreviouspcsk9 inhibitors and the continued war on cholesterol
Nextcould the medical profession be doing better when it comes to educating patients about nutrition?Next