piriformis syndrome or something else? a case study

PIRIFORMIS SYNDROME OR SOMETHING ELSE?
A CASE STUDY 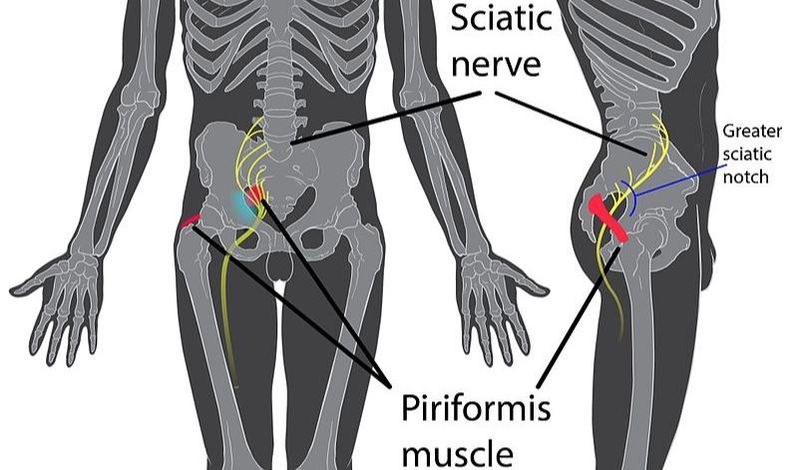 Patrick J. Lynch & KDS4444
Sometimes I take emails I get and turn them into blog posts that I call “CASE STUDIES“.  This email is from an individual somewhere in the upper Midwest, where they are having it much colder than even our brutal Arctic blast.  I’ll call this person ‘Dave’.

About three days ago, I became acquainted with your practice, while Googling information pertaining to my problem of a “perceived” piriformus syndrome.

So far, I have spent three to four hours reading volumes of pertinent material, that you have so graciously made available to the general public on the internet. Thank you, Dr. Schierling, for your generous and sincere concern to help other people!  I will attempt to explain my problem as concise and brief as I can, as I’m sure this email is one of many that you are reading today.

Nine months ago, I acquired what seems to be a case of piriformus syndrome. I am a runner (12-15 miles per week over the last 40 years). I am 65 years old, excellent health, no prescribed medications.  After acquiring this, I underwent chiropractic treatments, physical therapy and dry needling treatments. I was able to eliminate my sciatica and reduced my piriformus syndrome by about 75%.

About three weeks ago, I was using my leg muscles to push a heavy piece of furniture up a stair case when I felt something give a little in the area of my piriformus muscle.  A slight sensation stayed with me until about two nights later, while laying in bed, all of a sudden, a huge dynamic jolt of pain streaked through my buttock area where the damaged piriformus is located. It was the most pain I have ever felt in my life. It subsided in about five minutes.

Since then, I have had numerous occasions of intense episodes of horrendous pain spasms. They only happen at night, while I am in bed and paralyze me for about 5 minutes. During the day, I function very normal and am not traumatized by these freakish bullets of fiery pain.

Listed below, are a few more facts that I am sure are quite relevant to my problem:

Well, there you have it, Dr. Schierling. Even if you can’t accept me as a patient, I so much appreciate your valuable information that you put out on the internet for me and countless other people. In this fast-paced world of ours, and where so many professionals are more interested in their own financial gain, you are selfishly sharing your expertise, reaching out to help other people.

A legend in your own time, Dr Schierling!

I do have a vacation scheduled the week of January 14, but if need be, I can reschedule it to accommodate a possible appointment with you at your office.

Firstly Dave, let me say thank you for the kudos — check’s in the mail!  Now, let me give you my two cents, which is about what it’s worth.  The first thing you need to know is that if your diagnosis of RLS is correct, it means you are probably autoimmune (Restless Leg Syndrome is now believed to be an AUTOIMMUNE form of NEUROPATHY, although similarly to numerous other A.I. issues, the auto-antigen remains unknown). There are a myriad of facts associated with being autoimmune, including a significantly greater likelihood of being GLUTEN SENSITIVE and having a LEAKY GUT (LGS is, interestingly enough, also associated in the peer-reviewed literature, with long distance running or overtraining of almost any sort).  Speaking of Leaky Gut Syndrome, with your history; if you feel you need to run, do more HIIT and less mileage — and do all of it on soft surface such as in a park or on a rubberized track (or a good treadmill with suspension when the weather is cruddy).

One of the problems with back surgeries is that they create SCAR TISSUE in the THORACOLUMBAR FASCIA.  Then there’s the problem with adjacent degeneration (the joints/vertebrae above and below the surgery tend to wear out much more rapidly than the rest of the spine”.  And as for the diagnosis of DJD, it’s hard to say what it really means (HERE), although it certainly indicates some degree of loss of PROPRIOCEPTION.

Now, let’s talk about PIRIFORMIS SYNDROME.  I’ve come to the realization that much of what I have in the past believed to be PS is probably actually ENTRAPMENT OF THE SUPERIOR CLUNEAL NERVE.  Regardless, in over a quarter century in practice, I am not sure I have seen anything quite like what you are dealing with.  It certainly does not act like any piriformis issue I am familiar with.  To make a broad generalization, people with PS tend to spend lots of time laying down or even standing up and walking because they absolutely cannot sit (you mention nothing about having problems sitting so I assume you can sit OK).  I’m also not convinced this is a disc problem (although that is likely what your doctors will push for).  It could be, but the manifestation is unlike anything I’ve seen with discs.

Bottom line Dave: I have real doubts I would be able to help you with this, although it might actually turn out to be an easy fix (I would certainly not give up a vacation — if you happen to be coming to the CURRENT RIVER this summer, look me up).  What I would recommend, however, is that you do a stringent ELIMINATION DIET, and then do something along the lines of PALEO (there are several versions), as that seems to be the thing that most effectively tackles autoimmune diseases.  And while RLS is not nearly as severe as other A.I. diseases, A.I. diseases tend to run in packs — people with one frequently end up with several.   Google “is RLS an autoimmune disease?” and be amazed at what comes up!

And for the record, I also want to give you some serious props for taking the bull by the horns and living your life.  Many people roll over and play dead after a back surgery (or two).  When I see active 65 year olds (or 95 year olds for that matter), I personally find it motivational.  I wish you well Dave and would love to see you solve this beast.  As I always like to do, HERE is a basic protocol for getting inflammation out of your life.