DISGUSTING FACTS ABOUT FLU SHOTS, ANTIBIOTICS, AND OTHER COMMON MEDS 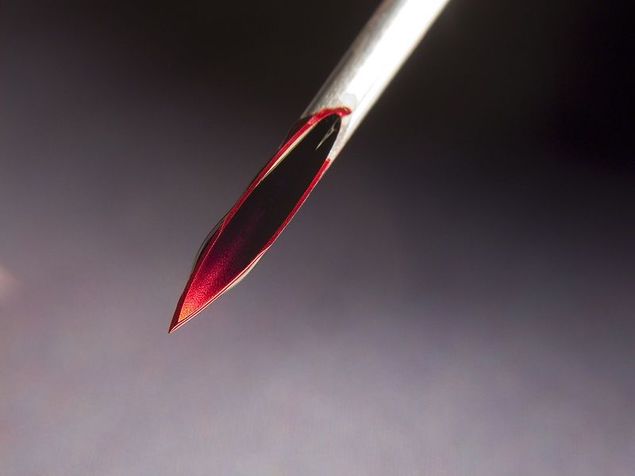 Andrew Magill
“Despite strong recommendations, influenza vaccine data for the UK for 2015–16 show that actual uptake in the population targeted lags behind the goal of the national vaccine program…. A systematic review of available scientific literature on influenza vaccine hesitancy — mostly done in the North American and European regions — shows a lack of confidence in the vaccination.”  From the opening paragraph of June’s issue of The Lancet (Influenza Vaccine: Going Through A Sticky Patch)
Why would it be that the general public in both Europe and North America would not have “confidence” in flu shots?  Allow me to show you why.  Two days ago the online journal Healio (not to be confused with COOLIO) published an article called Healio Exclusive: AMA President Discuss Burnout, Opioid Epidemic, Health Care Reform.  Normally I wouldn’t think twice about an article like this, but since the new AMA president is the doctor that delivered MY SON MALACHI (Dr. David Barbe from just up the road in Houston, Missouri) my interest was piqued — especially concerning what he had to say about PHYSICIAN BURNOUT — a topic I have covered on this site on several occasions.  Here is the cherry-picked version of what had to say.

“The state of and the morale of physicians in this country right now is a tragedy. Burnout rates are higher than they have ever been and they continue to rise. A recent Mayo Clinic study showed that 54% of physicians experienced some degree of burnout. We know that when physicians are feeling burned out, they disengage, and that begins to diminish the quality of care and the amount of care they can give. It can lead to early retirement, which compounds the physician shortage problem we have in this country.”

Although there are a number of reasons physicians are burned out — mountains of ignorant paperwork and burgeoning bureaucracy being two of the biggies (problems that are only going to get worse) — another has to do with doctors being forced to treat patients in ways that don’t make good clinical sense.  For instance, how many doctors are thrilled that they are forced to get a flu shot each and every year, with word on the street that this is going to soon be TWICE A YEAR, even though research has consistently shown them to be little more than smoke and mirrors?  Follow along as I show you how it all works.

The other day I got something in my inbox from MedPage Today — a daily online source of medical news — about a new “high dose” flu vaccine (four times stronger than normal) that is supposed to be the greatest thing since sliced bread for preventing hospitalizations in elderly nursing home residents. This would certainly be news considering the COCHRANE REVIEW did a meta-analysis of flu shots for both the elderly (HERE), as well as the elderly in nursing homes (HERE).  You know what they concluded in both cases?  Totally and utterly ineffective.  Worthless.  However, I went ahead and followed the link (which even though it stated it was a “Special Report,” was actually an ad by a company called Sanofi Pasteur).

The link took me to an “article” (ahem ahem — it was actually more of a propaganda piece than anything else) called High-Dose Flu Vax Linked to Less Hospitalization Among Elderly.   After being told that for every 69 people vaccinated, we could prevent one hospitalization, the study’s lead-author, a gent from New York’s Brown University, stated that ”If given to all 1.5 million nursing home residents, a one percent drop in hospitalizations would translate to thousands fewer being hospitalized.”   However, there were a few obvious problems with these conclusions.

First, the study (published in Lancet Respiratory Medicine) was accompanied by an editorial from some CDC researchers that provided some caveats / warnings.  Secondly, the statement of competing interests (i.e. FINANCIAL CONFLICTS OF INTEREST OR COI) read like a veritable Who’s Who for industry.  The study itself was underwritten by Sanofi, and the lead author disclosed financial connections not only to them, but to “Seqirus, Pfizer, Catapult Consultants, GlaxoSmithKline, Healthcentric Advisors, Janssen, Merck, Novartis, and Longeveron” as well.   And not only were his co-author’s disclosures similar, but one of them chaired both, “the independent quality committee of HCR-Manorcare, a nursing home company, and the Scientific Advisory Committee of naviHealth, a post-acute care company“.  This folks, is why you cannot trust EVIDENCE-BASED MEDICINE.

Even though my brother, an MD at a large Midwest hospital, recently write an article of his own about the filthy reality of annual flu vaccines (HERE), it’s not like he’s a lone voice crying out from the wilderness.  Enter Peter Doshi.  Dr. Doshi is not only an associate editor for the British Medical Journal, he’s a professor of pharmaceutical health services research at University of Maryland’s Pharmacy School, with degrees from Johns Hopkins and Massachusetts Institute of Technology (at the time he wrote this piece, he was doing post-doctorate work at Harvard).   I want you to check out the opening paragraph of his 2013 BMJ editorial — an editorial that was strongly disavowed by much of the medical community; particularly those making big bucks off flu shots (Influenza: Marketing Vaccine by Marketing Disease).  After revealing that the CDC is not following the ‘Best Evidence’ regarding public health decisions (something I have repeatedly harped on), he stated……

“Promotion of influenza vaccines is one of the most visible and aggressive public health policies today. Twenty years ago, in 1990, 32 million doses of influenza vaccine were available in the United States. Today around 135 million doses of influenza vaccine annually enter the US market, with vaccinations administered in drug stores, supermarkets—even some drive-throughs. This enormous growth has not been fueled by popular demand but instead by a public health campaign that delivers a straightforward, who-in-their-right-mind-could-possibly-disagree message: influenza is a serious disease, we are all at risk of complications from influenza, the flu shot is virtually risk free, and vaccination saves lives. Through this lens, the lack of influenza vaccine availability for all 315 million US citizens seems to border on the unethical. Yet across the country, mandatory influenza vaccination policies have cropped up, particularly in healthcare facilities, precisely because not everyone wants the vaccination, and compulsion appears the only way to achieve high vaccination rates. Closer examination of influenza vaccine policies shows that although proponents employ the rhetoric of science, the studies underlying the policy are often of low quality, and do not substantiate officials’ claims. The vaccine might be less beneficial and less safe than has been claimed, and the threat of influenza appears overstated.”

I would suggest you re-read this and digest his main points.

In other news, a brand new study (Effect of Oral Prednisolone on Symptom Duration and Severity in Nonasthmatic Adults With Acute Lower Respiratory Tract Infection: A Randomized Clinical Trial) from the official journal (JAMA) of the organization Dr. Barbe is president of, compared antibiotics to steroids for people with lower respiratory infections (mostly pneumonia), concluding that, “treatment with oral prednisolone did not significantly reduce the median duration of moderately bad or worse cough or the mean severity of symptoms.  Oral corticosteroids should not be used for acute lower respiratory tract infection symptoms in adults without asthma because they do not reduce symptom duration or severity“.  Why not?  With so many people being prescribed these drugs for a wide array of respiratory infections, why would it make sense that they shouldn’t be?

While we know that 90% or more of upper respiratory infections are viral, a much larger percentage of pneumonia is bacterial.  We also know that pneumonia can be serious, and in some cases even deadly.  The treatment-of-choice, is of course, ANTIBIOTICS.  Although antibiotics have some serious side effects and are grossly overused (abused); depending on the circumstances, pneumonia can be one of those times they might be warranted.  But what about corticosteroids for the same?

CORTICOSTEROIDS, as I have shown you many times, carry significant side effects both in both in number and severity, when given for various soft tissue injuries (HERE are some of the more common ones).  These and similar side effects are commonly seen when corticosteroids are used for other purposes as well.  For instance, it’s not uncommon to hear people talking about being given steroids for their SINUS INFECTIONS or BRONCHITIS, as well as their pneumonia.  Here’s why this can be so problematic. Corticosteroids are purposefully meant to SUPPRESS THE IMMUNE SYSTEM, not boost it.  Take a look at the synopsis of the study’s conclusions as provided by STAT — a medical news daily. “The researchers say that while antibiotics are often an inappropriate treatment for chest infections, their findings don’t support using steroids for this particular group of patients, either.”  In other words, both classes of drugs are frequently inappropriate.

If you are truly interested in getting healthy and staying that way, I have some general suggestions.  For most of you, these will not only help you lose weight, but will help you get off the medical merry-go-round (HERE).

Dr. Schierling is licensed chiropractor and world-renowned for intervention with persistent chronic pain. Dr. Schierling focuses on a holistic approach to helping end his patients’ chronic pain that includes Scar Tissue Remodeling Therapy.
All Posts »
PrevPreviousthe fascia / scar tissue super-post:  all of my scientific articles on fascia and scar tissue organized and in one place
Nextlow testosterone?  knowledge of the various causes can lead to solutionsNext