IS QUACKERY TAKING OVER MEDICINE? 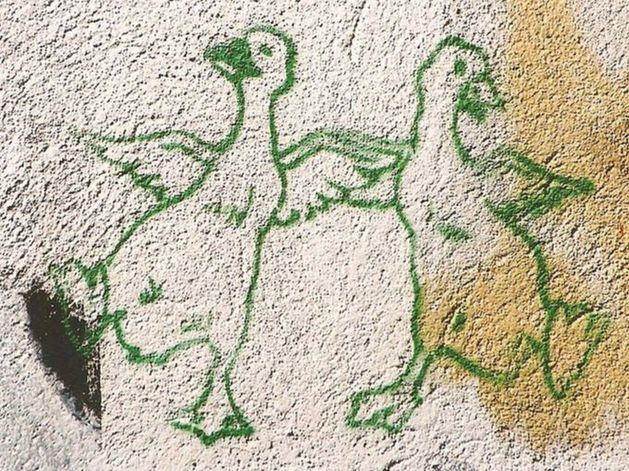 PawełS
Dr. Peter Venkman (Bill Murray) warned us in 1984’s Ghostbusters, that we were, “headed for a disaster of biblical proportions….  Human sacrifice! Dogs and cats, living together! Mass hysteria!”  According to  Dr. David Gorski of Science Based Medicine, that time has arrived.  After a similar rant against chiropractic just a few months ago (HERE), Gorski goes on another in order to let us know that his own profession is being engulfed in (gulp!) “quackery“.  In one of his latest posts (Quackademia Update: The Cleveland Clinic, George Washington University, and the Continued Infiltration of Quackery into Medical Academia), he lets us know just how bad things have gotten here in America.

“Quackery has been steadily infiltrating academic medicine for at least two decades now in the form of what was once called ‘complementary and alternative medicine’ but is now more commonly referred to as ‘integrative medicine.’ Of course, as I’ve written many times before, what ‘integrative medicine’ really means is the ‘integration’ of quackery with science- and evidence-based medicine, to the detriment of SBM [Science-Based Medicine — also the name of his website].  As my good bud Mark Crislip once put it, ‘integrating’ cow pie with apple pie does not improve the apple pie.”

Please Doc; give it to me straight and don’t pull any punches.  Am I a quack?  Of course I am!  And you are to if you are even remotely curious about any form or aspect of natural health.  Or if you dare to question that everlasting pinnacle of truth — the savior du jour of sick and suffering humanity — EVIDENCE-BASED MEDICINE.  His article is long, so I want to focus on one specific portion of his screed.  I want to talk about the way he rips into something called FUNCTIONAL MEDICINE.

The Cleveland Clinic is, behind the Mayo Clinic, Johns Hopkins, and possibly MD Anderson, one of the most well known and prestigious medical facilities in the United States.  Gorski lets us know exactly how evil the Cleveland Clinic is, and just how far they’ve turned to the Dark Side, by revealing that, “In its ongoing focus on wellness and disease prevention, the Cleveland Clinic is opening a new Center for Functional Medicine. In doing so, the Clinic is the first academic medical center in the United States to embrace functional medicine, the focus of which is more on identifying underlying causes of illness and less on symptom management.”  It seems that Cleveland is teaming up with DR. MARK HYMAN in a virtual tag team of, “medical pseudoscience” to get to the root of our nation’s ill health.  This couldn’t possibly be a good thing, could it?  After all, who in their right mind wants to get to the cause of disease when you can treat symptoms forever?

After providing numerous links to articles that either he or his buddies have written decrying Functional Medicine as quackery of the highest order, he reveals that he hates some of the tests that physicians who practice this way love to order (the ADRENAL STRESS SALIVA PANEL and the COMPREHENSIVE STOOL ANALYSIS are two of several).  Why does he hate them so much?  Best guess is that it has little to do with how effective they are or how much they can potentially help a patient figure out what is actually wrong with them, but because many (most) health insurances won’t pay for them.  He also does not like that fact that one of the physicians putting this whole shindig together actually talks about VACCINE’S, “links made to autism and asthma, the ingredient thimerosal (mercury),” in their clinic (he also despises the fact that this same clinic touts things like NATURAL CHILDBIRTH and Doulas).

Not much later, he attacks GLENN SABIN, decrying the fact that Sabin states, “Patients across the spectrum of conditions and pathologies consistently experience quality outcomes vis-à-vis these services delivered by a wide range of licensed integrative health disciplines.”   He then — even though he claims he is not doing so — compares this line of thinking to the Third Reich by saying, “You know what else and who else were enormously popular? Yep, Nazi-ism and Hitler.”  Finally, he does the very thing he bashes others for by appealing to HIS RELIGION.  “To take another example, half the people in the US do not believe in evolution. Does that mean evolution is not valid science? Of course not.”  I guess the fact that I am not an EVOLUTIONIST also makes me a non-scientific quack.

The truth is, people are waking up to the fact that the so-called “evidence” in EVIDENCE-BASED MEDICINE cannot always be trusted.   They are also realizing that Functional Medicine — attempting to find the underlying cause of disease, instead of simply covering symptoms — is not only a valid way of practicing medicine but probably the best way (﻿HERE﻿ is one example).  Especially if you, the patient, want to have any sort of quality of life.  As things are now, folks are living longer, but finding themselves increasingly miserable the last decade or two of their lives (HERE).  As more doctors like the venerable DATIS KHARAZZIAN come to the forefront of the medical field, people increasingly see Gorksi for what he is.  Although it is certainly not my idea, I will leave you with a recent comment from a blog post (not mine) — a comment that does not surprise me considering the venom that Gorski writes with.  “I’m not a Creationist, or even a Christian, but I must say that I find your position logical, sensible, and sensitive to others, while Gorski…well, if I believed in the devil, I think Gorski is so full of evil, he must have some close relationship with the devil.“