scar tissue: the hidden side of the myofascial syndrome

MYOFACIAL SYNDROME
IS IT TRIGGER POINTS, SCAR TISSUE, OR BOTH? 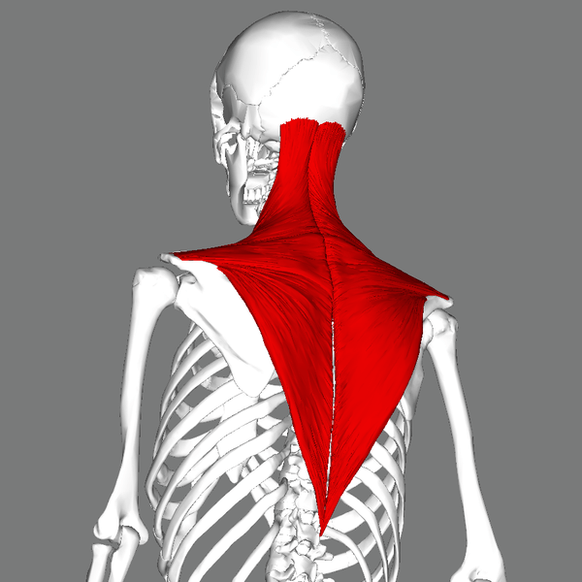 Anatomography
“[When] one opens a thigh to remove fascia for surgical procedure, one will be struck by the smooth surfaces of contact between the fascia and the underlying muscle and that these surfaces fairly glisten and are not adherent….   On the other hand, when one opens a thigh that has been at rest, either in a cast or in a splint, or as a result of rest in bed, one finds that the fascial surfaces, as well as the surface of the underlying muscle, is dull and does not glide; often times many small adhesions have formed between the muscle and fascia.”    Dr. Ralph Ghormley from the August 1944 edition of the Journal of the American Medical Association (The Abuse of Rest in Bed in Orthopedic Surgery).

“The misdiagnosis of pain is the most important issue taken up by Travell and Simons. Referred pain from trigger points mimics the symptoms of a very long list of common maladies, but physicians, in weighing all the possible causes for a given condition, rarely consider a myofascial source. The study of trigger points has not historically been part of medical education. Travell and Simons [both MD’s] hold that most of the common everyday pain is caused by myofascial trigger points and that ignorance of that basic concept could inevitably lead to false diagnoses and the ultimate failure to deal effectively with pain.”  From Wikipedia’s entry on ‘Myofascial Trigger Point‘ — the first thing that came up in a search on “Myofascial“.

Google “Myofacial Syndrome” and you’ll get more hits than you could read in three lifetimes — almost all of them pertaining to Trigger Points.  Although I am certainly not here to make light of TRIGGER POINTS — they can certainly be debilitating — I do want to talk about the flip side of the coin we call Myofascial Syndrome.  Scar Tissue.

I have written numerous articles on SCAR TISSUE, and find that it is one of the most misunderstood (not to mention misdiagnosed) problems in healthcare.  It’s a leading cause of CHRONIC PAIN (FASCIA is the single most pain-sensitive tissue in the body, and Scar Tissue is said to be up to 1000 times more pain-sensitive than normal tissue — HERE).  It seriously diminishes RANGE OF MOTION, which in turn leads to DEGENERATIVE ARTHRITIS.  It’s also a leading factor in preventing a large segment of the population from ever being able to hold an adjustment (HERE).  In short, Scar Tissue is bad news.

But here’s the rub. Fascial Adhesions are difficult (often impossible) to see or feel, while Trigger Points are a palpable problem.  In other words, even an untrained physician can feel the hard knots that accumulate in certain muscles (the picture above is of the Trapezius Muscle — probably the single most common place people tend to develop Trigger Points).  But what about Scar Tissue; a problem that can cause numerous PAIN SYNDROMES, yet defies visualization with even the most technologically ADVANCED IMAGING TECHNIQUES?   Allow me to paint you a picture of how this all works together by showing you an all-too-common scenario.

A fifty year old woman came to see me the other day for CHRONIC NECK PAIN that she developed after being REAR-ENDED approximately 15 years ago and subsequently suffering a WHIPLASH INJURY.  On the surface, everything is fine.  Her vitals, CHOLESTEROL READINGS, and BLOOD PRESSURE are well within normal limits.  She eats healthy, maintains her weight, and EXERCISES several times a week.   But since the accident, she has been through several rounds of therapy and had at least 4 MRI’S and several sets of X–RAYS, and is increasingly having TROUBLE SLEEPING.  The pain is with her all the time now.

Every time she has a new test or sees a new doctor, she hopes that this will finally be the one who figures out why she has so much pain.  But it’s always the same thing — blank looks and comments insinuating that the problem is all in her head.  After all, FASCIA (the “fascial” portion of the Myofascial Syndrome) does not show up on tests (HERE), so she must either be faking it or crazy.  Of course she has been prescribed all the drugs.

PAIN KILLERS, MUSCLE RELAXERS, NSAIDS, and CORTICOSTEROIDS.  And because she is female, if you guessed that she had been prescribed ANTIDEPRESSANTS, you would have been correct.  Unfortunately, this entire regimen is palliative (it covers symptoms and temporarily makes you feel better) and not therapeutic (something that actually helps a person heal and get well).  When the palliative approach failed — and invariably they always do — she was told that she had FIBROMYALGIA.

My goal is to stop the MEDICAL MERRY-GO-ROUND, allow you to get off and get your life back.  Watch for her VIDEO TESTIMONIAL coming soon.