should we be worried more about antibiotic overuse? 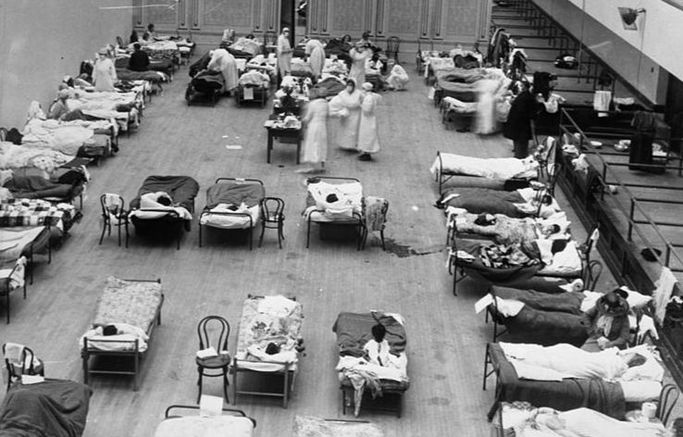 It’s unfortunate that money and ignorance are two of the driving forces propelling stories like the one we are going to deal with today.  I stand by a statement that I have been making for the better part of two decades: ANTIBIOTICS are one of single biggest destroyers of health on the planet.   Despite what you may have heard, they weaken the Immune System as opposed to strengthening it.   Oh, don’t get me wrong; I realize that antibiotics, can, do, have, and will save countless lives.  But their unbridled overuse is wrecking the health of large portions of the Westernized world (our government admits that at least half of all prescriptions are “unnecessary”, but I believe the actual number is probably far greater than this).

On some level, the medical community knows this (HERE).  But despite governmental efforts (i.e. lots of tax dollars) to educate doctors; antibiotic prescriptions for things like colds, sniffles, sore throats, ﻿THE FLU﻿, boo boos, etc, continue virtually unabated.  This has public officials that know the score rather freaked out about the consequences that are beginning to rare their ugly head.  How freaked out?  Follow along and see.

Dr. Sally Davies is England’s top medical adviser.  She holds the title of Chief Medical Officer for the country and was the Director of Research and Development before that.  Prior to that she was the Chief Scientific Adviser for the Department of Health and National Health Service (their version of Obama Care).  She is so worried about this particular topic that she has petitioned Parliament to add “Antibiotic-Resistant Diseases” to the government’s National Risk Register of Civil Emergencies.  Other things on this list include terrorist attacks, hurricanes, tsunamis and alien invasions (just kidding —- maybe).  She called the looming situation “Apocalyptic” and had this to say about it.  “There are few public health issues of potentially greater importance for society than antibiotic resistance“.  Think for a moment about what she is saying here. This is serious stuff!  Others have been sounding the alarm for decades.

Interestingly enough, her address did not spend much time dealing with the overprescription of antibiotics —- a colossal problem here in the U.S.   Who / what did she blame increasing levels of Antibiotic Resistance on?   Like a true socialist, she laid it largely at the feet of greedy Drug Manufacturers who are more worried about developing drugs for lifetime / chronic conditions than temporary infections.  She says that in the past, there have always been new antibiotics to turn to when the old ones quit working.  But why do the old ones quit working?  Can anyone say, “Massive Overuse”?   Apparently Britain has some of the same problems over there that we have here.  And we are going to soon have some of the same problems here that they have there.

HERE ARE A FEW OF THE THOUSANDS OF COMMENTS ON THIS SUBJECT FROM ONE OF ENGLAND’S LARGEST NEWSPAPERS; THE GUARDIAN

It is interesting to note that not only were there literally thousands of comments on this article, many were quite similar to each other.  There were scores of comments (like the one below) lamenting the problems associated with Socialized Medicine and the “rationing” that is taking place in their healthcare system —- something that would never happen here in America —– yeah, right.

“This is handy. Sickness benefits have been all but abolished in Britain, so we’ll be faced with seriously ill people being forced to work until they die, infecting others in the process.  It’s almost as though they’re deliberately trying to cull us.”

The next three quips were in response to the idea that British doctors do not hand out antibiotics like candy — like they do here in America.  There were hundreds upon hundreds of similar anecdotes regarding this specific aspect of the problem of Antibiotic Resistance.

“So there’s not one scientist or a scientophile willing to admit that the antibiotics themselves are the problem, not how they’re used? Great, just keep on dishing out disasters wrapped as gifts and the humanity might have just enough time to make a 500-foot tombstone for itself with “Killed By Science” carved in it.”

“Actually doctors do dish out antibiotics – I was at a baby group recently and they were recommending a doctor to each other on the basis that all you have to do is ask for an antibiotic and he will give you the prescription. The mothers seem to agree this is great and a doctor to be recommended. Nobody would listen to me when I tried to explain about antibiotic resistance and one of them snapped at me saying ‘sometimes you know what you need yourself’. This doctor must be doing well out of his reputation.”

“Yes, a cold is caused by a virus. However, doctors do dish out antibiotics to people who have colds. I was several times prescribed antibiotics by different doctors when I went to them with a bad cold. This happened in a work situation where I was required to see the company doctor(s). “I’ll give you some antibiotics just to make sure this cold doesn’t give you any infections in the throat or nasal passages”, is what they said.  So there you are. Doctors are dishing out antibiotics willy-nilly, “just in case” of infections and not because of infections.”

If you want to learn how Antibiotics can be a portal to all sorts of sickness and disease, you need to read THIS.  Is it possible to get through life without ever taking Antibiotics?  My kids are 13 and almost 15, and have never had them.  To learn more about Antibiotics, their ability to destroy your Immune System, and what you can do about it, HERE is the scoop.