significant amounts of epilepsy are autoimmune

AUTOIMMUNE EPILEPSY
COULD THERE BE A CONNECTION TO GLUTEN? 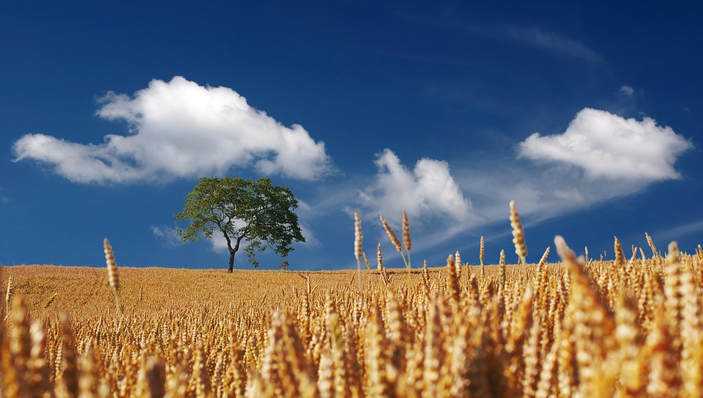 Ralf Kunze – Germany – Pixabay
“Seizures are symptoms. Children on the autism spectrum and those who live with one or more autoimmune disorders commonly have seizures.  Up to 40% of those with autism may also have epilepsy.  In all disorders, there is always some degree of inflammation—both systemically and in the brain.”  The March 13, 2013 issue of the Body Ecology website.  You can look at this article’s bibliography to see which peer-reviewed studies were being discussed with this quote.

“New research draws a connection between gluten-induced leaky brain damage and seizure disorders (epilepsy).  We know that gluten sensitivity can cause seizure disorders.   Additionally, we know that gluten sensitivity can contribute to blood brain barrier permeability (leaky brain). Now add to this the fact that a leaky brain will contribute to seizures and epilepsy. Thus the circle is complete.  When added together these elements create a viscous unending cycle of perpetual food-induced damage.   If you ask the doctor what the cause of the disease is, the most common reply is – “The cause is unknown (unknown etiology), but most likely genetic.””   From an article on the Gluten Free Society’s website (Leaky Brain, Seizures, Epilepsy, & Gluten Sensitivity).  This article was tackling several studies from 2009 and 2010.  By the way, LEAKY BRAIN SYNDROME is a close relative of LEAKY GUT SYNDROME.

If you have an autoimmune disease (not sure, CLICK HERE), brand new research from the Journal of the American Medical Association Neurology is suggesting that your chances of developing Epilepsy are almost 400% greater than those who do not.  Now; I want you to try something else on for size.  Google Gluten Epilepsy and see what happens.  Nearly 100,000 hits.

For starters, a 2006 study on the link between GLUTEN (Celiac Disease) and Epilepsy was published in the November 2006 issue of Neurologist.  Listen to the what the authors had to say, “There is a well-documented relationship between epilepsy and celiac disease, including a syndrome characterized by epilepsy, occipital calcifications, and celiac disease.  This case emphasizes the need to include celiac disease in the differential diagnosis when investigating the etiology of epilepsy……”  All you need to be aware of with this study is that here is Celiac Disease is a Gluten-induced AUTOIMMUNE attack against the Small Intestine.  Most cases of Gluten Sensitivity are NEUROLOGICAL IN NATURE and do not necessarily cause the GI symptoms so commonly associated with Gluten.

Harvard Medical School’s Dr. Kenneth Mandl (a pediatrician) recently looked at insurance claims of 2.5 million Americans.  He found that if you have Epilepsy, you were much more likely to have Autoimmune Diseases such as PSORIASIS, RHEUMATOID ARTHRITIS, NEUROPATHY, or any number of others.   Listen to what Dr. Mandl’s team writes in JAMA Neurology.  “Epilepsy is a debilitating condition, often with neither a known etiology nor an effective treatment. Autoimmune mechanisms have been increasingly identified.  Epilepsy and autoimmune disease frequently co-occur; patients with either condition should undergo surveillance for the other. The potential role of autoimmunity must be given due consideration in epilepsy so that we are not overlooking a treatable cause.”  Oh, for those of you who have children, they are even more affected by this phenomenon than are adults —- 520% instead of 400%.   But then again, none of this is brand new information.

Although there were dozens of studies on this topic (maybe hundreds), the last three studies above brought up a point that you need to be aware of whether or not you have autoimmune epilepsy — the idea that while scientists have figured out many of the auto-antigens in various autoimmune diseases (the tissues, cells, proteins, organs, glands, enzymes, hormones, etc) that your body decides it’s going to make antibodies against and start attacking, they have not figured them out all of them.  Why not?

Think for a moment about how many different specific proteins there are in the human body — millions upon millions, with each one requiring it’s own special test. Furthermore (and probably more importantly), just because they figure out what specific protein your body is attacking doesn’t mean that there is a good medical solution (i.e. drug) for dealing with it.  All you have to do is look at my posts on AUTOIMMUNITY to see that.  Not surprisingly, the “go to” drugs of choice are IMMUNE-SUPPRESSANTS (drugs that try and slow down a run-away immune system — America’s number one form of medical therapy).

Last year, a group of researchers at Bio-Medica University in Rome published a study called Neural Autoantibodies and Immunotherapy-Responsive Epilepsy.  The researchers stated that, “Autoantibodies specific for neural antigens have been described in association with several encephalopathies which have seizures as a prominent feature.”  They then concluded that, “A significant percentage of patients with AED-resistant epilepsy harbor neural-specific auto-antibodies“.  Of course, all of these studies are either OVERTLY or COVERTLY funded by pharmaceutical companies who have the goal of finding (or creating) the right Immuno-suppressive drug, so that the Immune System can be weakened to the point of not working.  Although the Mayo Clinic (one of the big players in researching the Autoimmune / Epilepsy connection) was calling Autoimmunity a “rare” cause of Epilepsy back in 2010, the Italians showed that almost 20% of those with Epilepsy had neural auto-antigens present.  Speaking of Mayo Clinic; it seems they may be singing a different tune these days.

Last year, researchers at Mayo gave epileptics a combination of prednisone (a CORTICOSTEROID, which suppresses the Immune System) and Immunoglobulins.  After this combination stopped the seizures in 10 out of 29 of the participants, and slowed them down in 8 others, they essentially concluded that if you are one of those people whose epilepsy is not responding to drug therapy, you had better suspect that it is Autoimmune.  Here is part of the opening paragraph of Mayo Clinic’s Autoimmune Neurology page

We see here that AUTOIMMUNITY is a “main” factor in all Neurological Diseases.  Furthermore, we see that these diseases culminate in autoantibodies (Immune System reactions against your own cells and tissues) as well as Inflammation.  I have been telling anyone who would listen that if you can control INFLAMMATION, you can control most diseases.  It’s not so much a matter of doing what Mayo and others are doing —- using drugs to suppress the Immune System, or giving people ANTI-INFLAMMATORIES (Corticosteroids would fall under both of these categories) —- it’s a matter of figuring out what’s driving the Inflammatory Response, and then dealing with it.

Could Gluten be a significant factor in this?  I have already showed you that huge numbers of Autoimmune Diseases start with Gluten Sensitivity (HERE).  I have also mentioned numerous times that the KETOGENIC DIET used to treat many people struggling with various forms of seizures (including Epilepsy) has been around for nearly a century.  Furthermore, I have shown you the link between virtually all of the Neurological Diseases and Gluten (HERE).  What more do you want?  Folks; it’s time to go GLUTEN FREE — especially if you or a child has seizures of any sort.