THE TRUTH ABOUT
STATIN DRUGS AND ERECTIONS 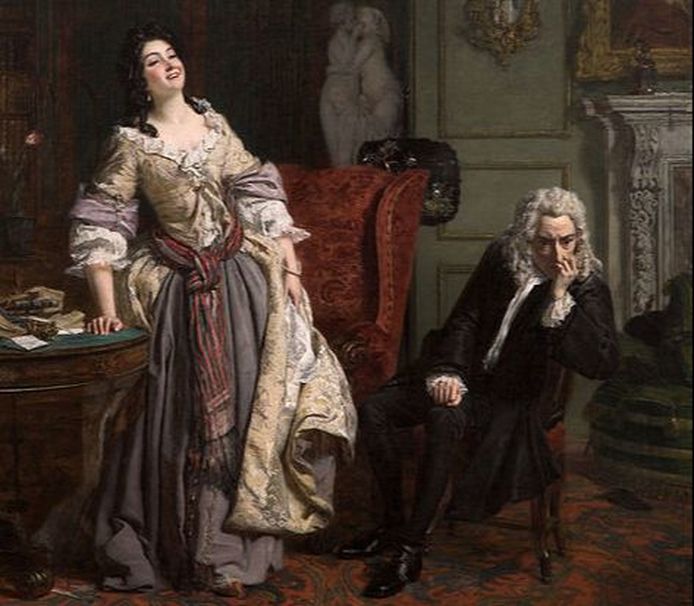 Medical research is a funny thing.  And because of this fact, it’s quite difficult to know how much faith to put in it.  Take for instance the most recent study on STATIN DRUGS (HMG-CoA-reductase inhibitors) — the class of drugs used to to lower CHOLESTEROL.  A recent meta-analysis (11 studies) published in the Journal of Sexual Medicine was introduced in a tele-briefing from a physician working at Rutgers Medical School — Dr. John Kostis.  Kostis suggested that according to this latest research, Statin Drugs can improve scores on the International Inventory of Erectile Function (IIEF) questionnaire by over 20% (3.5 points out of 17 questions).  The IIEF was developed by Pfizer — the manufacturers of Sildenafil (Viagra) — working with researchers also from Rutgers.

We know that Statins have plenty of side effects (take a look at the links above).  Could one of their ‘good’ effects really be that they can help men who have PERFORMANCE ISSUES in the bedroom?  If so, this would be news to me.  I have been following the scientific literature pretaining to both SEXUAL DYSFUNCTION and Statins for many years, and have yet to see anything quite so optimistic as the spate of recent headlines promoting this latest study.  In fact, over the course of the past decade, I have seen numerous doctors and studies touting the exact opposite.

Other than anecdotal reports from patients, the first time I became aware that there was a relationship between Statins and Impotence came from a June 2004 study published in the British Journal of Clinical Pharmacology (Is Decreased Libido Associated with the Use of HMG-CoA-Reductase Inhibitors?).  The author’s conclusions?  “Decreased libido is a probable adverse drug reaction of HMG-CoA-reductase-inhibitors…..  The ADR [Adverse Drug Reaction] may be caused by low serum testosterone levels, mainly due to intracellular cholesterol depletion.“

A few years later came 2008’s bombshell.  Dr Beatrice Golomb (MD, PhD, Professor of Medicine and director of the Statin Study Group at UC San Diego School of Medicine) published a freaky study citing nearly 900 peer-reviewed papers showing just how harmful Statin Drugs could really be.  The meta-analysis (Statin Adverse Effects: A Review of the Literature and Evidence for a Mitochondrial Mechanism) was published in the American Journal of Cardiovascular Drugs, and listed absurd numbers of side effect directly attributable to Statins.  Of course, plenty of air-time was given to the all-to-common MUSCULAR PAIN associated with these anti-cholesterol medications.  But numerous other studies were touting other less well-known side effects, including ALZHEIMER’S, NEUROPATHY, INSULIN RESISTANCE, DIABETES, TENDINOPATHIES / FASCIAL WEAKNESS.  Oh; and let’s not forget “Sexual Dysfunction” made the list as well.  Unfortunately, Dr. Golomb’s teams concluded that when it comes to Statins, “Physician awareness of such side effects is reportedly low“.

This issue came up again (no pun intended) in 2009 when Dr. Golomb published research linking Statin use to decreased sexual pleasure and diminished orgasm intensity.  The study, which looked at over 1,000 adults, revealed a drop in male sexual pleasure by nearly 50% — in only six months on certain Statin Drugs.  Women were also affected.  The drugs that decreased LDL the most, seemed to be the worst offenders.

The hits kept coming in 2010 when the Journal of Sexual Medicine (The Effect of Statin Therapy on Testosterone Levels in Subjects Consulting for Erectile Dysfunction) looked at 3,500 men and then came to some ugly conclusions.  Listen to these words taken straight from the study’s abstract.  “Both total and calculated free testosterone levels were significantly lower in subjects taking statins. Our data demonstrated that statin therapy might induce an overt primary hypogonadism [shriveled testicles] and should be considered as a possible confounding factor for the evaluation of testosterone levels in patients with ED.”   Gulp!  Web MD dot com actually carries this headline on their website, “Statins May Lower Testosterone & Libido. Men With Erectile Dysfunction on Statin Therapy Are Twice as Likely to Have Low Testosterone.”  But in all honesty, none of this should come as a surprise.

Cholesterol is the precursor for all the sex hormones, including Testosterone.  The thing is, never forget that Testosterone is the hormone that not only creates and maintains the male sex drive, but the female sex drive as well.  When you start tinkering with Cholesterol levels in an unnatural method (i.e. drugs), you are going to get some crazy side effects, including the potential inability to get an erection sufficient for sex.

By the time 2011 rolled around, sales of Statin Drugs were booming, and SEXUAL FREQUENCY in Americans was decreasing dramatically (HERE also).  Coincidence?  You decide.   The “Space Doc” (Duane Graveline, former USAF flight surgeon, former NASA astronaut, and retired family physician) published an article on his site called, “Sexual Side Effects of Statins: Impotence, Loss of Libido and Erectile Dysfunction – ED”  Listen to what Dr. Graveline says about Cholesterol.  “Cholesterol is perhaps the most important substance in our lives for we could not live without an abundant supply of it in our bodies. Researchers everywhere are learning how extraordinarily complex and often surprising are the pathways that produce and metabolize cholesterol. Cholesterol is the precursor for a whole class of hormones known as the steroid hormones that are absolutely critical for life, as we know it. These hormones determine our sexuality, control the reproductive process, and regulate blood sugar levels and mineral metabolism. This same substance that society has been taught to fear happens to be the sole source for our hormones, androgen, estrogen and progesterone.”  He goes on to cite a number of Statin studies that I have not mentioned, as far as their tendency to cause impotence.  You can read his entire article HERE.

The March 10, 2012 issue of The Morning Call (newspaper) had an article on Statin Drugs written by a knee surgeon.   The article started out saying, “What does a knee surgeon know about statins’ side effects? Plenty, after seeing scores of patients improve their memory, strength, vigor and sex drive after stopping these popular drugs.”  The author, Dr. Thomas Meade of Allentown, Pennsylvania went on to say that, “A recent Cochrane Review of many studies confirmed 1,000 people without heart disease had to be treated with statins to prevent one death. Therefore 999 people, paying $5 per pill, are not going to live one day longer, but they will enrich the pharmaceutical industry’s coffers and are at risk for the many real side effects of stopping production of cholesterol — a wonderful molecule responsible for healthy cell membranes, sex hormones, nerve conduction and brain function, all of which contribute to life as we know it today.  Statins are simply the most prescribed drug in the history of medicine and the most profitable, with annual revenues of $26 billion. Profits are so lucrative to “big pharma” that drug manufacturers have influenced most medical organizations and respected high-profile physicians to continue to look for every opportunity to exaggerate any new study that validates prescribing the highest dose of statins to an increasing patient population under the false assumption that it will improve their quality of life.”  Hopefully you caught those parts about Cholesterol and sex hormones / sex drive.

Then in 2012, both Dr. Mercola’s site and Britain’s NetDoctor site (comparable to our “Web MD”) told us that Statins tend to cause “impotence“.  Think about it like this for a moment.  Impotence is different than simply a loss of libido.  Impotence is a total loss of sex drive —- the inability to have, or even desire to have sex.  The thing is; there are any number of ways to lower your cholesterol naturally, and most of them start with LOW CARB DIETS and a simple EXERCISE PROGRAMS.

But now — all of a sudden — we are supposed to believe numerous headlines from around the country touting this study and the benefits of Statin Drugs in the bedroom?  If you did not know better, you would almost think Statins were an aphrodisiac after reading some of these articles.  Commenting on the study, Dr. Jeffery Kuvin of Boston’s Tufts Medical Center chimed in, “Over the years it’s become apparent that erectile dysfunction is an indication of decreased vascular health in men, and it’s considered by many to be a significant cardiovascular risk factor.”  It’s true.  There is an intimate relationship between cardiovascular health and the ability to get and maintain an erection.  My only question is whether or not taking a drug is the best way to solve the underlying reasons men have this problem.  For some potential solutions to this issue, you can look at the two previous links or go HERE or HERE.