why can’t we trust medical research?

TRUSTING MEDICAL RESEARCH IS ABOUT
AS RISKY AS TRUSTING POLITICIANS 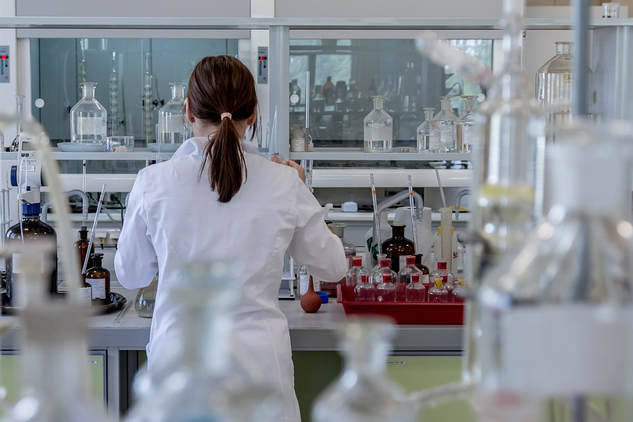 Michal Jarmoluk – Kielce/Polska – Pixabay
Just YESTERDAY I showed you why it is impossible to put very much faith in the conclusions that academics come to on campus research facilities.  For instance, if you recently heard that STATIN DRUGS have the ability to improve your sex life, you may want to review my post (top link) before running off to your doctor.   Not only are MEDICAL GUIDELINES not to be blindly trusted (HERE also), but the whole EVIDENCE-BASED MEDICINE thing is being revealed for what it really is with every new revelation —- a crumbling house of cards.   We have known for a long time that numerous researchers and academics (many of which work on university campuses) have been collecting substantial amounts of money from drug companies for “consulting” or “teaching” seminars (which are often times nothing more than a huge drug advertisement held at a great vacation destination).  But what about their superiors — the people who they are ultimately responsible to?  What about those who run these medical schools and their associated teaching hospitals / clinics?   Now we learn that many of these folks are making monster dollars by serving on the boards of pharmaceutical companies.

Have you ever served on a board or committee?  Sure you have.  It’s almost always a pain in the butt.  And how much did you get paid for it?  If you’re like me; probably nothing.  How would you like to make $313,000 (plus all travel / meal / lodging expenses) to serve on the board of a pharmaceutical company?   But that’s not all.  Think about it like this.  These aren’t even jobs.  These are part time gigs that consist largely of attending a few meetings a year held at major cities or tourist destinations in order to best determine how to spend / invest pharmaceutical industry money.   The thing you have to remember is that the top brass for these institutions of higher learning also happen to be making most, if not all, of the budgeting decisions for their respective universities / hospitals / clinics.   These heads of colleges ultimately decide which drugs / medical devices / equipment will be used or studied at their facilities.  They even decide which drugs will be prescribed to the patients staying in their hospitals / clinics.   And this is just the beginning.

The persons running these various clinics and institutions of higher learning insist that because they hold prestigious positions and have plenty of letters behind their names, they are immune to financial COI’s (Conflicts of Interest).   Remember that bridge I’ve had for sale?   It’s still for sale, and I’ll make you a really great deal on it if you buy into this assertion.  One of the examples of COI that Fauber gave was that of Dr. Robert Alpern, dean of Yale’s School of Medicine.  He received almost $260,000 last year for serving on the board of Abbott Labs.  I feel good about it though because Abbott has gone on record to say that this relationship does not constitute a COI.  Oh; I almost forgot to mention that Alpern owns nearly 12,000 shares of Abbott at about $38.50 a share — almost half a million bucks worth.

Dr. Mary Sue Coleman (president of University of Michigan) has done even better in her relationship with Johnson & Johnson.  Although she only made $276,000 for serving on their board last year, she is the proud owner of over 34,000 shares of their stock.  Trading at nearly a hundred bucks a share, her piece of J&J was valued at just shy of 3.5 million dollars.   Fortunately, university spokesperson, Kelly Cunningham, stated that, “The University of Michigan does not see President Coleman’s service on the Johnson & Johnson board as a conflict of interest“.  That seems to go hand in hand with what Johnson & Johnson’s proxy statement said about the University of Michigan (“Proxy Statements” are public statements required ahead of a corporation’s annual meeting, when a firm is soliciting shareholder votes, helping to assess how management is paid, and / or revealing potential conflict-of-interest issues that could get them in trouble with auditors).   Even though there were research grants and consulting fees paid from J&J to U of M, we can all rest better at night because according to Johnson, there were no, “direct business relationships” with the university.  Thank goodness.  I feel so much better about all of this now.

Bottom line folks; when you start reading some of my posts on the myth of EVIDENCE-BASED MEDICINE, you learn real quickly that things are not always as they appear.  Take a few minutes to look at the article from JAMA (Journal of the American Medical Association) called Conflict of Interest Policies for Academic Health System Leaders Who Work With Outside Corporations.  The problem is not really the money itself.  I could not care less that these folks are making money hand-over-fist.  Bully for them!  The problem is that it is an obvious COI that taints every single aspect of the research coming from these facilities.

Dr. Schierling is licensed chiropractor and world-renowned for intervention with persistent chronic pain. Dr. Schierling focuses on a holistic approach to helping end his patients’ chronic pain that includes Scar Tissue Remodeling Therapy.
All Posts »
PrevPreviousstatin drugs lead to better erections?
Nextso; you enjoy running.  then do it right!Next