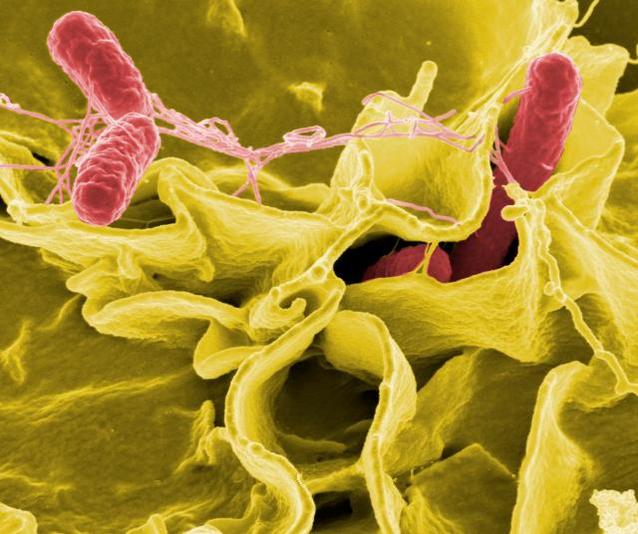 NIAID
A popular online encyclopedia defines the term “Superbug” as…..
In plain English, overuse of antibiotics creates bacteria that cannot be killed by antibiotics.  Scary stuff.  If you really want to freak yourself out, simply Google the term “Superbug” and see what comes up.  I promise you’ll be shocked.  Here are excerpts from just a few of the articles that have come out since the first of the year.
How do you protect yourself from these so-called Superbugs?  It is not as difficult as you might think.  Let me explain by sharing a story from my childhood.  I grew up less than a mile away from a rural Kansas dump.  “The Dump” was the place that everyone hauled their garbage to.  It also happened to be a favorite place for a bored kid to periodically visit.  Nothing better to do?  Just ride your bike out to the dump.  You could shoot bottles with your BB gun, smash windshields of old cars, set fires, blow up aerosol cans, and find all sorts of wonderful treasures that people could only have thrown away by accident.   Oh; and the dump also had a lot of rats.

Think about this for a minute.  It is not difficult for us to grasp the fact that the dump did not somehow cause these rats, but instead attracted the rats to it.  You could have done whatever you wanted to do to get rid of these rats.  You could have poisoned them.  You could have shot them by the truckload.  Or you could even sick the dog on them.  The bottom line is that whenever you ceased your eradication methods, the rats would return —– quickly.  Why?  Because that’s the sort of environment they are attracted to.  And as long as their environment is intact, you’ll have rats.  One of the big mistakes of modern medicine is that they are trying to eradicate the rats in the dump —– without ever cleaning up the environment that attracted the rats in the first place.  This is known today as “THE HYGIENE HYPOTHESIS“.

Instead of helping sick patients deal with their diseases by attacking underlying causes (cleaning up the body’s internal environment via diet and lifestyle), far too may doctors act as though the problem is those dadgum germs.  And if germs are the problem, we already know the solution —– ANTIBIOTICS.  But if you know anything about the relationship between bacteria, GUT HEALTH, and the Immune System (HERE), you already know that over the long term, this is not only an exercise in futility — it is actually going to cause sickness and disease (HERE).

Think about it a different way for a moment.  Even in a MAJOR FLU EPIDEMIC, not everyone gets sick.  In fact, most of the time, not even the majority of the people get sick.  If the germ theory of disease were accurate and true, there would be no one around to teach it to; they’d all be dead!  People get sick not simply because they are exposed to germs —- we are all exposed to germs 24 / 7 / 365. They get sick because a weakened Immune System is easily overwhelmed (HERE).

What does the average American do?  They run to the doctor’s office for more Antibiotics.   These Antibiotics do what they are supposed to do — kill bacteria.  Unfortunately, they kill / destroy the 80% of your Immune System made up of bacteria that is found in your gut (HERE).  Because your Immune System is further weakened, you get sick yet again.  The doctor prescribes more antibiotics.  Repeat ad infinitum.  This is why Antibiotics are, right along with crappy diets, arguably the greatest detriment to American health (HERE).

Dr. Schierling is licensed chiropractor and world-renowned for intervention with persistent chronic pain. Dr. Schierling focuses on a holistic approach to helping end his patients’ chronic pain that includes Scar Tissue Remodeling Therapy.
All Posts »
PrevPreviouswhy do i have a chronic cough and stuffy nose?
Nextcoke is taking the health initiative?Next