THE RAG-TAG CIRCUS
THE 83rd INFANTRY DIVISION / THE THUNDERBOLT DIVISION 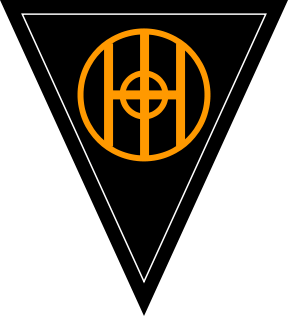 I just finished Cornelius’ Ryan’s book, The Last Battle (he also wrote The Longest Day about Operation Overlord — the June 6th invasion of France in 1944).  In it, Ryan talked extensively about the “Rag Tag Circus” — the name given by the press to Ohio’s 83rd Infantry Division.  I bring this up because one of my early patients from nearly 25 years ago was a member the 83rd.  I can no longer remember his name, but I very much recall him telling me about the unique name of his division.

In Ryan’s book, he tells the story of how the Thunderbolt Division came to be known as the Rag Tag Circus, which I will get to shortly.  But first a bit of their unique WWII history.  As part of Patton’s 3rd Army, the 83rd, landed in France and began fighting their way through the “Bocage” or hedgerow country two weeks after the D-Day Invasion.  It was bloody and slow going.

Eventually the Allies gained the upper hand and turned the battle for France into a rout, with the Germans in headlong retreat.  However, having outrun his supply lines (the Germans had destroyed the harbor at Antwerp) an angry Patton was ordered not to attempt crossing the Rhine.

At the very end of 1944, Hitler believed he could alter the course of the war by attacking into the Ardenne Forrest of Belgium and pressing all the way to Antwerp, thereby splitting the Allies in two.  Although he failed (it was a ridiculous plan with no chance of success), he caught the Allied armies unaware, and for a few weeks, wrought death and havoc on our freezing men.

Patton became an even bigger legend for his maniacal 100 mile run across the north of France to get to the encircled 82nd Airborne who were fighting to hold he crossroad town of Bastogne in Belgium (they became known as the Battling Bastards of Bastogne).  Although the US lines “bulged” they never broke.  This is where my grandfather was killed when my mother was but a toddler.

After the Battle of the Bulge, the next feat was to cross the Rhine River into the Fatherland itself — Germany.  Although Monty was getting all the supplies, fuel, and hype, it was Patton who again stole the show by managing to “sneak” across the flood-swollen Rhine and set up a six mile deep bridgehead.  Patton further cemented his legacy by making sure he was photographed “pissing” in the Rhine.

Once across, it did not take long for the allies to start ramping up their quest to take Berlin.  The harbors at Antwerp had been repaired and re-opened, which took pressure off the Red Ball Express — the convoys bringing supplies and fuel all the way across France from the area of the Normandy Invasion.  As things started to roll, the leader of the 83rd, Major General Robert Macon, realized they were not keeping pace with the motorized divisions.

He told his men to commandeer any vehicle that would run so they could move not like an infantry division, but with the speed of an armored division.  Listen as I cherry-pick Ryan’s description of Macon’s “hell-bent-for-leather” quest to beat the Russians to Berlin.

“Macon had given orders to supplement the division’s transport with anything that moved, ‘no questions asked’.   Every enemy unit that surrendered or was captured subscribed its quota of rolling stock for the division, usually at gunpoint.  Every newly acquired vehicle got a quick coat of olive-drab paint and a U.S. star slapped on its side; then it joined the 83rd.  The Rag Tag Circus was going flat out in a weird assortment of hurriedly repainted captured German vehicles: Wehrmacht jeeps, staff cars, ammunition trucks, Mark V and Tiger panzers, motorbikes, buses, and two cherished fire engines.

From the air this wildly assorted collection of vehicles crammed with troops bore no resemblance to either an armored or an infantry division.  In fact, but for a number of U.S. army trucks interspersed among its columns, it might have been mistaken for a German convoy. The men of the 83rd had even managed to liberate a German airplane — an ME-109 — and even harder, had found someone to fly it, and it was spreading consternation all over the front.  Out in front, with infantrymen hanging all over it, was one of the fire trucks.  On its rear bumper was a large flapping banner.  It read, Next Stop: Berlin.”

After getting all the way to the Elbe River at Barby, crossing it, and actually managing to hold the bridge head (they were the first unit to manage this feat), the Rag Tag Army and the rest of the US troops were finally stopped.  Not by the Germans, whose crumbling defenses had allowed the Allies to surge across the Ruhr at 20 or 30 miles per day, but by Ike, who believed that Berlin was no longer the goal.

Because of intercepts from Magic and Ultra, our goal was was no longer to get to Berlin, but to keep the Russians from overrunning more of Europe than they actually did, as well as keeping them from declaring war on Japan and rushing to partition that country as well.  The best book on this topic is 1995’s Marching Orders by Bruce Lee (no, not that Bruce Lee).

If my patient had merely told me he was a member of the 83rd Infantry “Thunderbolt Division,” I doubt I would have remembered it.  However, the name “Rag Tag Circus” stuck in my mind so that when I saw it in print, it jogged my memory as well as our conversation.

The war in Europe ended seventy years ago in May.  The war against Japan ended with the dropping of a second nuclear bomb seventy years ago next month (HERE).  Because there are SO FEW WWII veterans left (HERE is a tribute to one who fell recently), make sure to thank as many as you can before they are all gone, as you’ll be hard-pressed to find one younger than 90.  HERE, and HERE are a couple of similar posts if you enjoyed this one.

Dr. Schierling is licensed chiropractor and world-renowned for intervention with persistent chronic pain. Dr. Schierling focuses on a holistic approach to helping end his patients’ chronic pain that includes Scar Tissue Remodeling Therapy.
All Posts »
PrevPreviousanother take on breast cancer screenings: an expert weighs in
Nextassumptions in the treatment of people with chronic painNext