another take on breast cancer screenings: an expert weighs in 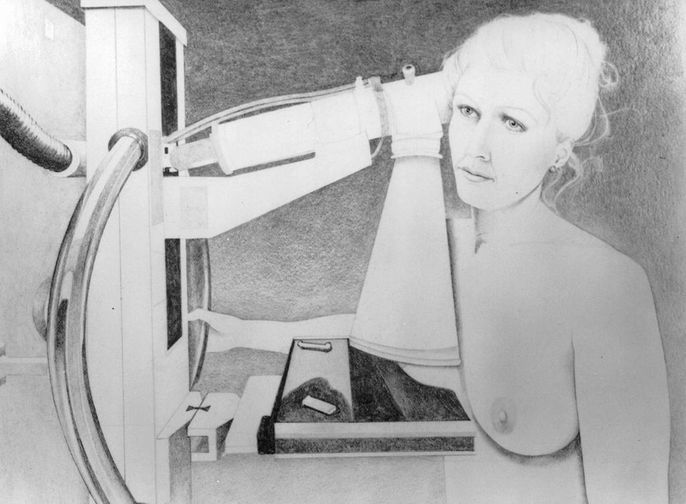 “If you haven’t gotten this message already, you should heed it now: The benefits of screening for breast cancer are limited.  We should be doing fewer screening mammograms, not more.”  Doctor H. Gilbert Welch from yesterday’s issue of the L.A. Times (When Screening is Bad for a Woman’s Health)
Dr. Welch is what I would refer to as a sharp guy.  He graduated from Harvard in 1976, and from medical school four years later.  Then in 1990, he got his Masters in Public Health from the University of Washington. He currently spends some of his time working as an internist for the VA and the rest working as a medical professor at the Dartmouth Institute for Health Policy and Clinical Research.  His specialty?

“For the past two decades, Dr. Welch’s research has focused on the problems created by medicine’s efforts to detect disease early: physicians test too often, treat too aggressively and tell too many people that they are sick. Much of his work has focused on overdiagnosis in cancer screening: in particular, screening for melanoma, thyroid, lung, breast and prostate cancer.”

I have written about these very ‘problems’ on any number of occasions.  It’s why rituals like ANNUAL PHYSICALS, yearly PROSTATE SCREENINGS, and regular MAMMOGRAMS are no longer considered to be the ‘standard of care’.  It all has to do with something known as “OVERDIAGNOSIS & OVERTREATMENT”   In fact, over the past decade, Dr. Welch has written three different books on this subject.

“His first book, ‘Should I be Tested For Cancer? Maybe Not and Here’s Why’ was written while he was a Visiting Scientist at the International Agency for Research on Cancer and was one of the six “best books” listed by Malcolm Gladwell in ‘The Week’. He has recently published two more books, ‘Overdiagnosed: Making People Sick in the Pursuit of Health’ and ‘Less Medicine, More Health: Seven Assumptions that Drive Too Much Medical Care‘.”

Just yesterday, Dr. Welch wrote an article for the LA Times called When Screening is Bad for a Woman’s Health.  It’s mostly about the various newer forms of BREAST CANCER DETECTION.  We are all familiar with Mammography, but there are any number of new technologies that are far better at detecting Breast Cancer early.  Some of these include….

These technologies do exactly what they are designed and advertised to do — detect small Breast Cancers, earlier.    Sounds great doesn’t it?  It’s the logical extension of the message (“Early Detection Saves Lives”) that has been pounded into our skulls since we were in grade school.  Unfortunately, it’s simply not true.

“Looking harder isn’t the right way to combat breast cancer. What do get when we look harder? More false alarms and more overdiagnosis — with no obvious change in what we really care about: breast cancer deaths.”

The gist of the article is that not only is finding early cancer rarely beneficial, using new technologies to find CANCER even earlier is worse yet.  If you want to understand why, I would suggest you either read the links in this post, or better yet, take a look at DR. WELCH’S ARTICLE in the Times.  Or, just to show you that this concept is nothing new, you could look at an article that Welch wrote for the New England Journal of Medicine (Advances in Diagnostic Imaging and Overestimations of Disease Prevalence and the Benefits of Therapy) just over 22 years ago — clear back in 1993.  I included the opening paragraph below.

“Over the past two decades a vast new armamentarium of diagnostic techniques has revolutionized the practice of medicine. The entire human body can now be imaged in exquisite anatomical detail. Computed tomography (CT), magnetic resonance imaging (MRI), and ultrasonography routinely “section” patients into slices less than a centimeter thick. Abnormalities can be detected well before they produce any clinical signs or symptoms. Undoubtedly, these technological advances have enhanced the physician’s potential for understanding disease and treating patients.  Unfortunately, these technological advances also create confusion that may ultimately be harmful to patients.”

If you recall, the first rule of medicine — part of the Hippocratic Oath that all physicians take upon graduation — is “Do No Harm“.   Clearly, this issue being brought up by Dr. Welch is just the tip of the iceberg as far as the practice of medicine causing harm is concerned.  If you really want to get a picture of what’s going on in American medicine, I would suggest you look at two short posts (HERE and HERE).